This nodes provides a simple user interface to designate a surface or point from a 2D image for which we want 3D data from the Kinect. The main functionality is available via service calls.

For some shared autonomy or supervisory teleoperation tasks in robot manipulation it is useful to designate a region of interest to make the perception algorithms more robust to clutter or noise. In this case, an image is returned to the user and they can specify a filter region for a 3D point cloud by simply defining a polygon on the 2D image. Or they can request the 3D location of a single point in an image.

The package requires that the openni_camera package is also installed and functional. After running rosmake, the following should start the server:

If the server runs without errors and you can run

the following two service calls should then give an idea of how the node works:

The /get_object_on_plane service call sequence of operation is shown below through four images. It first subscribes to a PointCloud2 message from the Kinect. it then presents the user with a 2D image. The user is then asked to specify a region in the image by left clicking points on the image to form a polygon. This operation is terminated by a right click. The 3D points that would be projected inside the bounding polygon are then filtered from the original Kinect point cloud and published. A plane is fit to the data using a RANSAC method from the Point Cloud Library. Finally, the plane is filtered and the remaining 3D point cloud is published and also returned as a possible object in the region that the user defined. 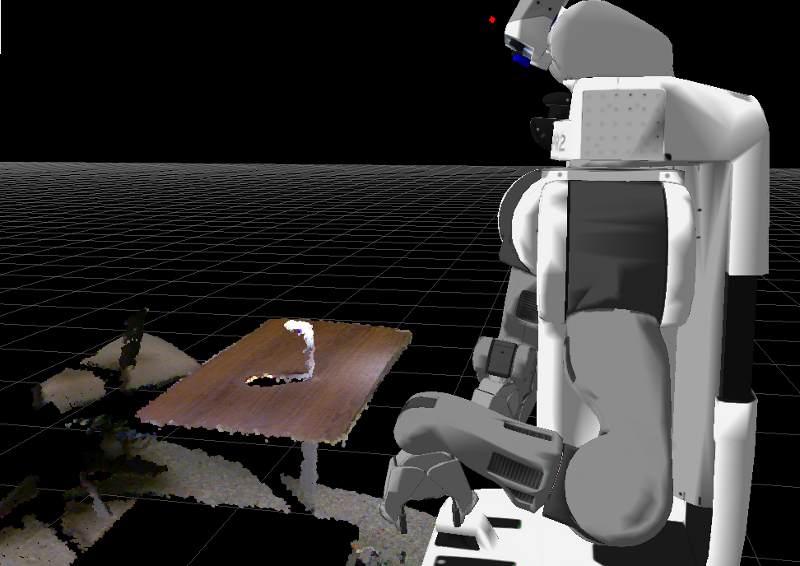 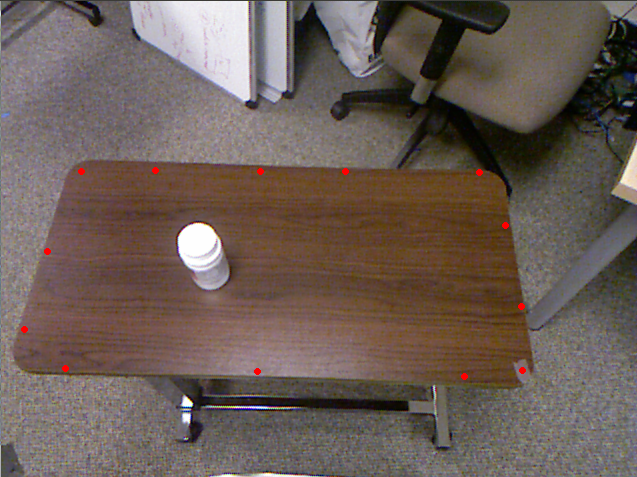 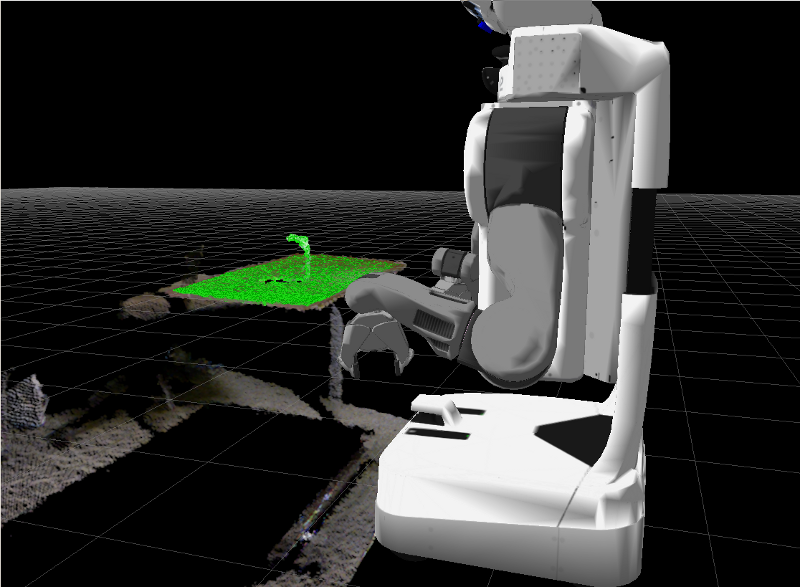 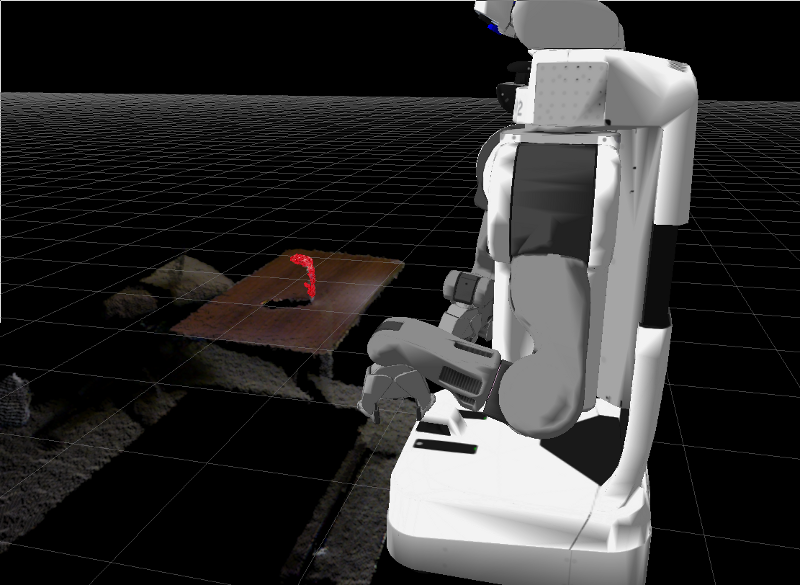 The main purpose for publishing the two point clouds during the process is for viewing in Rviz for debugging purposes but can also be used individually to be passed to nodes like the tabletop_object_detector. They are published under the topics "segment_plane" and "segment_object".

The 2D polygon defined by the user is stored in a global variable in the server node and therefore, any subsequent calls to the node no longer require user interaction if the Kinect sensor hasn't moved. If it has, there is also a /UI_reset service call that will allow you to redefine the region of interest on the next call to /get_object_on_plane or /get_3D_pt.