The crossing_detector package implements a method to recognize a crossing, i.e. a place from where the robot can take clearly distinctive paths. It is part of the Large Maps Framework (LaMa).

The crossing center and radius are computed, as well as the frontiers, i.e. a free space through which the robot can go. 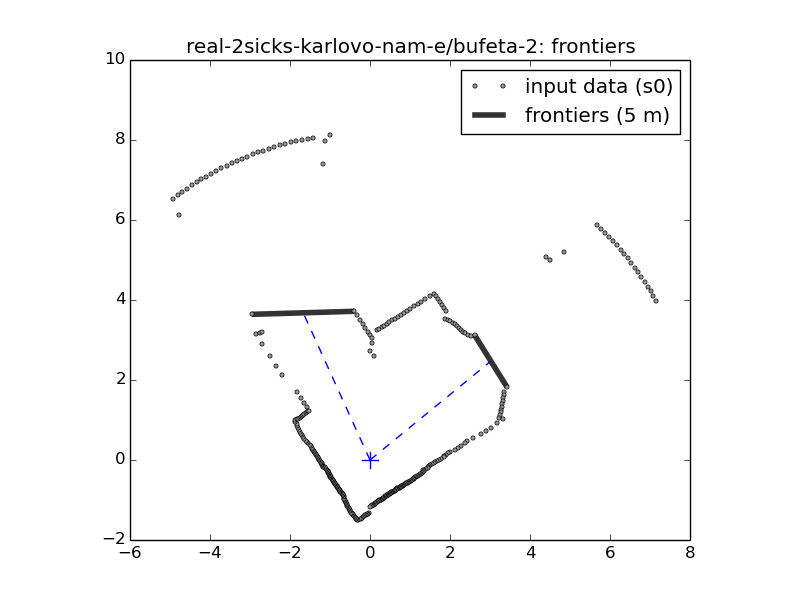 Packages lj_costmap and lj_laser use the functionalities provided by the crossing_detector package and can be used as example.