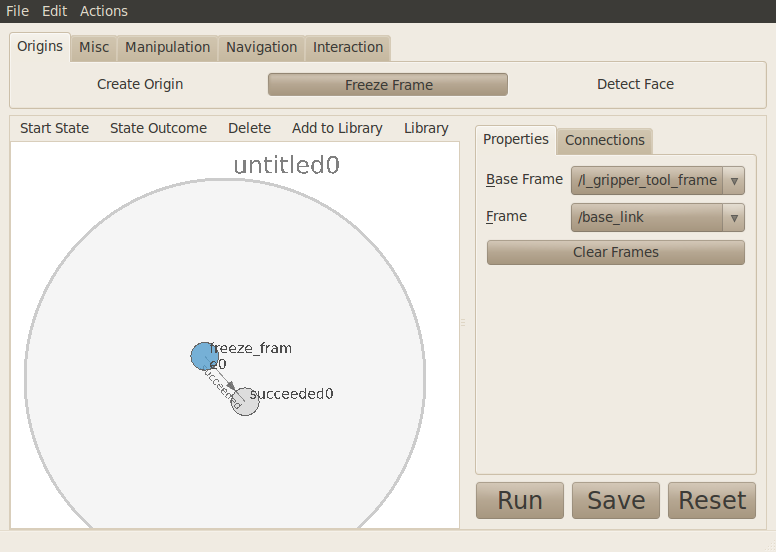 This tool creates a frame out of any other moving frame. These frames are meant to be used in situations where you want to specify a motion relative to a the position of a robot's body part at a time in the past.