WebMap is a 2D map capable of visualizing multiple robots and their sensor readings.

The goal of the webmap project was to create a reusable web-interface for safe teleoperation of robots using the Robot Operating System (ROS). The interface consists of a 2D map that represents a top down view of the world, capable of showing multiple robots and their sensor readings. The map is rendered by adding Scalable Vector Graphics (SVG) elements to the web page. The interface also remembers a selected robot, which can be used to display additional information or even control the selected robot. See below for a screenshot of the interface with two robots, both equipped with a laserscanner. 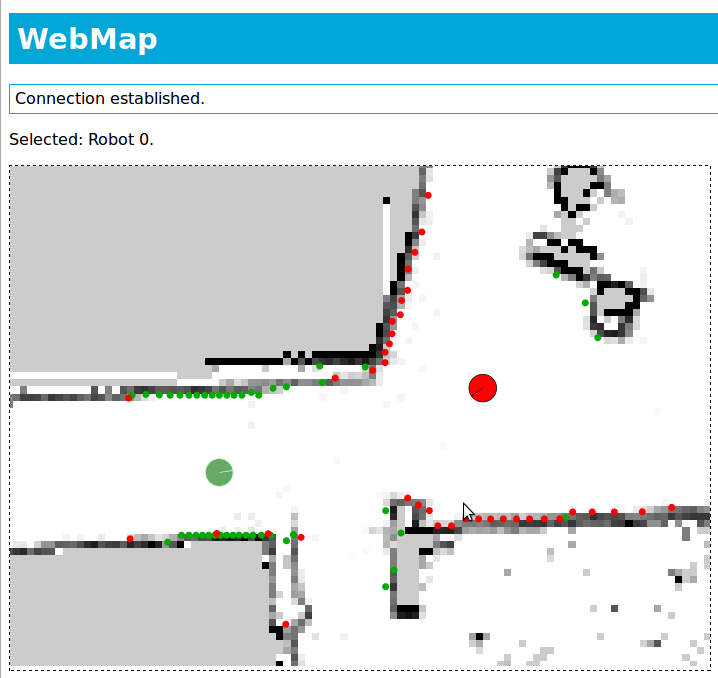