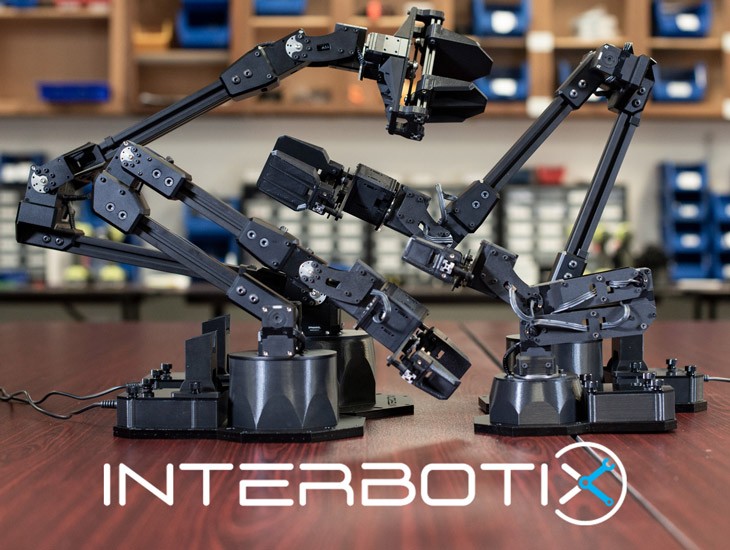 The XSeries arms offer many different configurations of length and payload with reach up to 750mm and working payload up to 750g, each of the arms comes assembled and tested out of the box.

The arms (Pincher X 150 model or higher) come standard with an upgraded slewing bearing base, a wider customizable parallel gripper configuration and covered semi-transparent electronics shield that offers easy accessibility to ports while keeping the control board free from debris and safe from impact.

All of the Interbotix X-Series arms are ROS compatable with packages / examples and demos available, for more information on ROS Packages see our github: https://github.com/Interbotix/interbotix_ros_arms

Packages were tested on Ubuntu Linux 16.04 & 18.04 using ROS Kinetic and ROS Melodic respectively. Communication with the robot is done over USB via the DYNAMIXEL U2D2. This device converts USB signals to TTL which allows a computer to 'talk' with each of the Dynamixel servo motors that make up each robot. For the most part, the ROS nodes were written in C++ with a couple nodes written in Python. However, any programming language capable of sending ROS messages can be used to control the robots. To that effect, the core packages that make up this repo are as follows: