This tutorial guides you through wiring a VL53L1X Time-of Flight sensor to a Raspberry Pi. A distance to an object can then be measured by a run-time measurement.

In this project, an Time-of Flight (ToF) sensor (VL53L1X) is put into operation. The working principle of an VL53L1X is explained. It is also described how a measurement with laser works and on which essential factors it depends. For the commissioning of the sensor, we take a Raspberry Pi as an example.

What is Time-of Flight?

Time-of-Flight gets its name because of the run-time measurement. An infrared laser is usually used for this purpose. An infrared laser is a low-cost, high-power laser with many capabilities. These lasers are small and lightweight and allow operation without high input power requirements. Infrared light is radiation in the non-visible spectrum, ranging from 1300 to 1700 nm. Time of flight (ToF) is the measurement of the time taken by an object, particle or wave (be it acoustic, electromagnetic, etc.) to travel a distance through a medium. This information can then be used to measure velocity or path length, or as a way to learn about the particle or medium's properties (such as composition or flow rate)

The VL53L1X Time-of-Flight (ToF) proximity sensor is a state-of-the-art laser range sensor. This long-range miniature ToF sensor offers accurate range up to 4 m and fast frequency response up to 50 Hz. The VL53L1X sensor is housed in a miniature reflow solderable package. This sensor incorporates a SPAD receiver array, a class 1 invisible 940nm laser emitter, physical infrared filters and optics to achieve the best performance. This enables absolute distance measurement that is independent of reflectivity characteristics and the color of the object in question. In addition, the size of the ROI can be programmed on the receiving array. This enables a reduction of the sensor's Field of View (FoV). 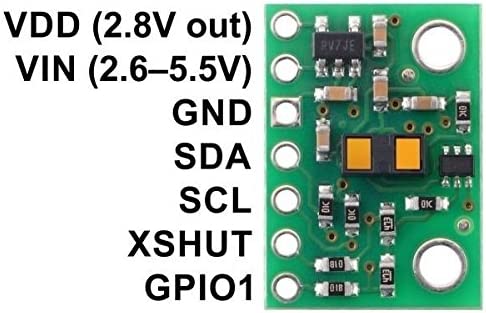 The VL53L1X is both powered and grounded via I2C (Inter-Integrated Circuit or I-Squared-C) and used serially to access sensor information.

With VIN the sensor will receive an input voltage and with GND the sensor gets grounded. The line designated as SDA (serial data) is the data line over which the actual data is transmitted. The SCL (serial clock) line is also called the clock line and specifies the clock frequency.

With the XSHUT, you can manually access the sensor, either turn it off or turn it on. This pin is an active-low shutdown input; the board pulls it up to VDD to enable the sensor by default. Driving this pin low puts the sensor into hardware standby. This input is not level-shifted. 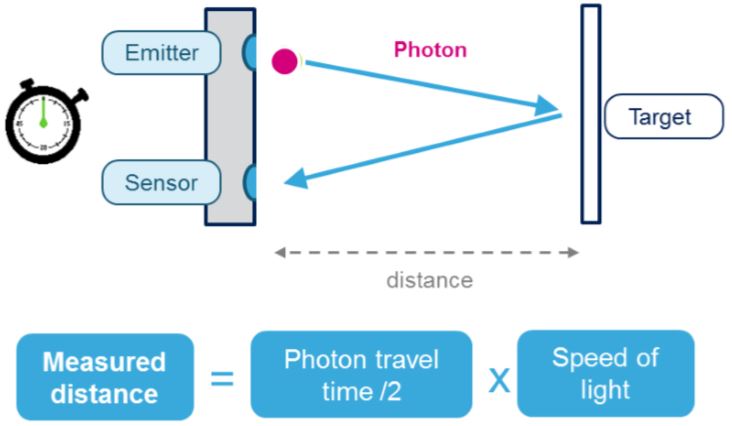 Photons, also light quanta or light particles, are vividly said the energy "packets" of which electromagnetic radiation consists. Physically, the photon is considered an exchange particle. One sends a photon quasi loose at the emitter, takes for this a start time, this is reflected and caught again at the sensor. This results in a time-of-flight or run-time measurement. Since we know the speed of light, we can calculate the distance. The distance to our measured object is half of this distance, because one has completed a way there and back.

There is already a driver for the VL53L1X:

However, we want to adapt this one a bit more to our style. (Just for practice, not for punishment.)

Wiring it to the Raspberry Pi

At the next point we will wire it like follows to the Raspberry Pi: 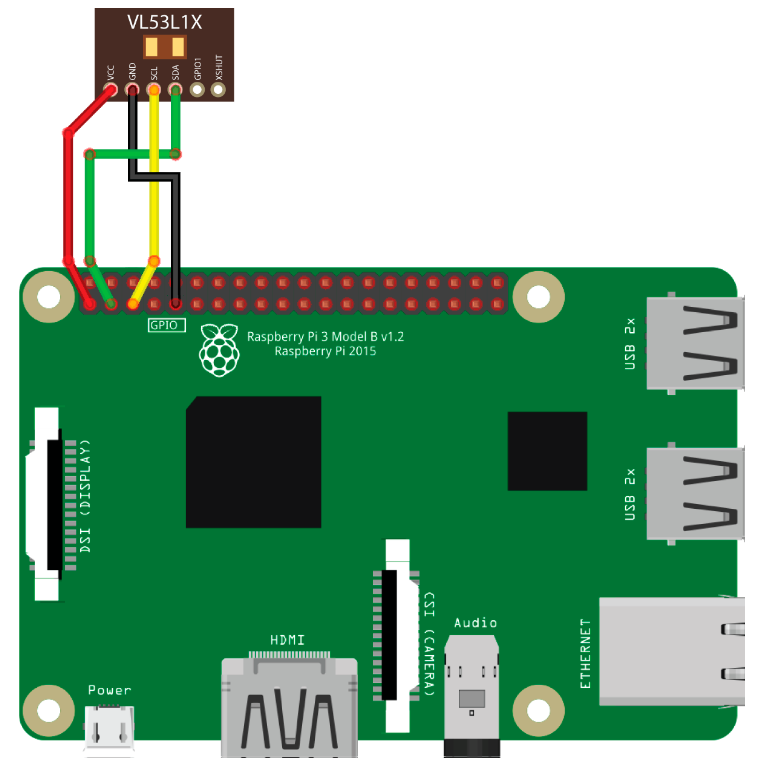 From pin 1 (5V) of the Raspberry Pi we go directly to VIN or VCC of the VL51L1X. This is labeled differently depending on the manufacturer. To ground the sensor, we connect the GND of the sensor to pin 9 (GND). On the Raspberry Pi, an I2C bus is enabled by pin 3 (SDA) and pin 5 (SDC). We now connect SDA to SDA and SCL to SCL.

This results in the following constellation: 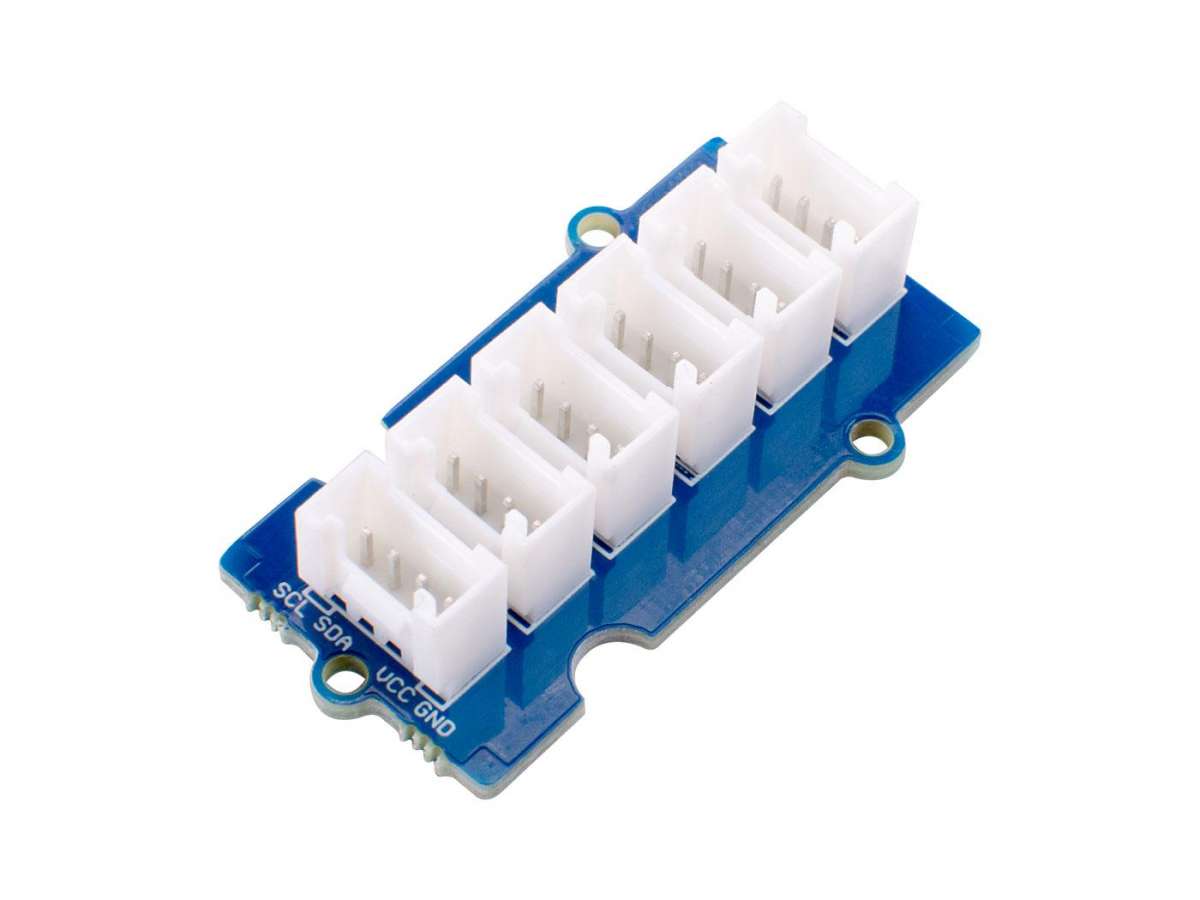 Alternatively also an I2C Hat could be used: 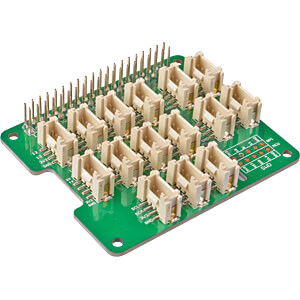 Activating the I2C bus with raspi-config

To enable I2C we have to activate the interface in the kernel. This can easily be done with the Raspberry Pi configuration tool raspi-config.

In the interface we navigate to Advanced Options - I2C.

Pressing the Enter key activates I2C. You are asked if you want to activate the ARM I2C interface and if the I2C kernel module should be loaded automatically at system start. We confirm both with Yes.

In addition, the configuration tool points out that the settings only become active after a reboot and offers to reboot the system now. We also confirm this with Yes and restart the system. In principle, I2C is now enabled on the Raspberry Pi.

The following also explains how to manually enable the serial bus interface on the Pi and make it usable.

To manually enable I2C on the Raspberry Pi we need to load the I2C kernel module at boot time. For this we edit the file /etc/modules.

We enter the I2C kernel modules into the file and then save the file. 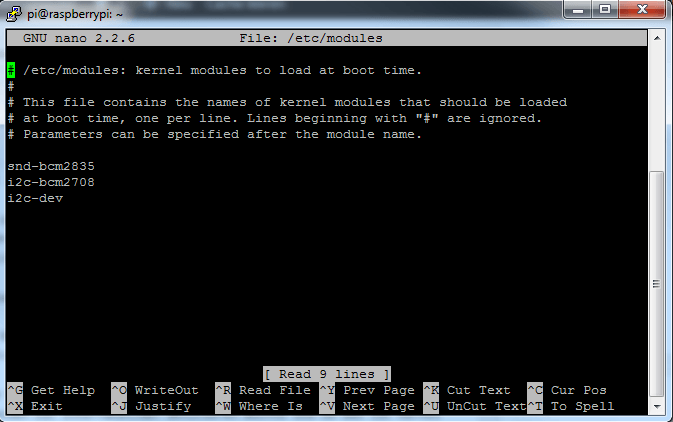 Furthermore the file /boot/config.txt can be opened and checked for the correct content.

You should find the following two lines at the end of the file. Otherwise we add them and save and close the configuration file.

Finally we edit the file /etc/modprobe.d/raspi-blacklist.conf. This file contains modules which are not loaded during operation, i.e. no entries for I2C may be contained here. The following lines must not be in the file or must be commented out by prepending the # character per line so that I2C becomes active.

After we have activated the I2C interface on the Raspberry Pi using raspi-config or manually, we can test if it works. With the help of the tool i2cdetect, the serial bus is scanned for connected devices, such as sensors or similar. In a table the connected devices become recognizable. For this we first install the I2C toolkit.

In the next step you can install the library for the sensor with:

Here we can refer to the following example:

As you can see, there are the following 3 modes:

We learned how a ToF sensor works, how to allow the I2C bus and how to connect an I2C device to the Raspberry Pi. We don't need to develop a formula for measuring the distance, because we can already use an existing library for our driver here.

In the next chapter, we'll look at Speed measurement with ToF sensor VL53L1X (Python).