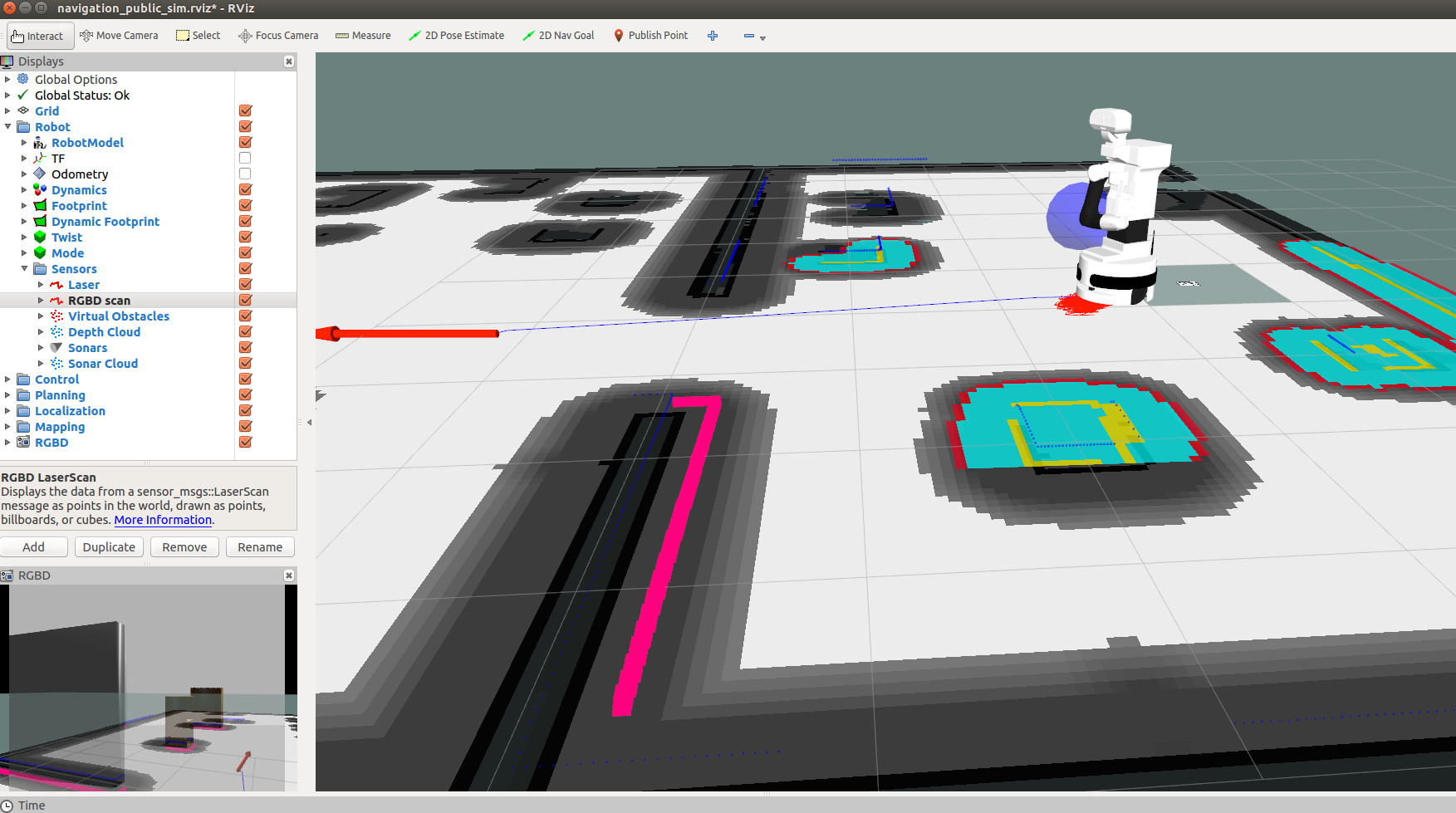 This tutorial shows how to make TIAGo navigate autonomously provided a map build up of laser scans and taking into account the laser and the RGBD camera in order to avoid obstacles.

First make sure that the tutorials are properly installed along with the TIAGo simulation, as shown in the Tutorials Installation Section. Then, follow the instructions in the Create a map with gmapping tutorial in order to create and save a map.

Alternatively, you can launch the simulation with the TIAGo OMNI with the base_type parameter set to omni_base, by default this parameter is set to pmb2 :

The default map will be launched; if you want to run a specific map that you created you could run it with the map option and the path to your map folder :

By default the /home/<your_username>/.pal/tiago_maps/config folder is pointing to the latest saved map 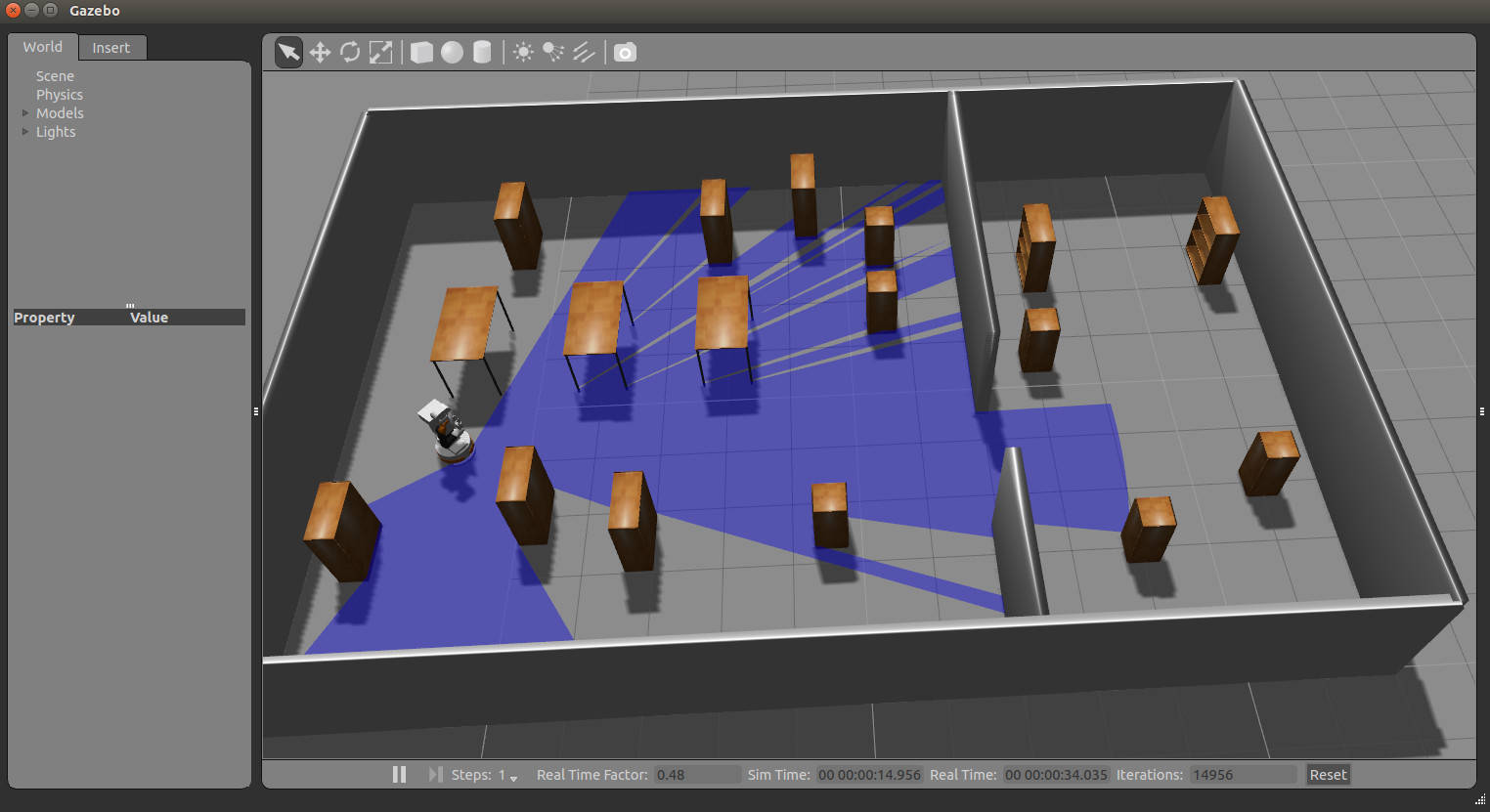 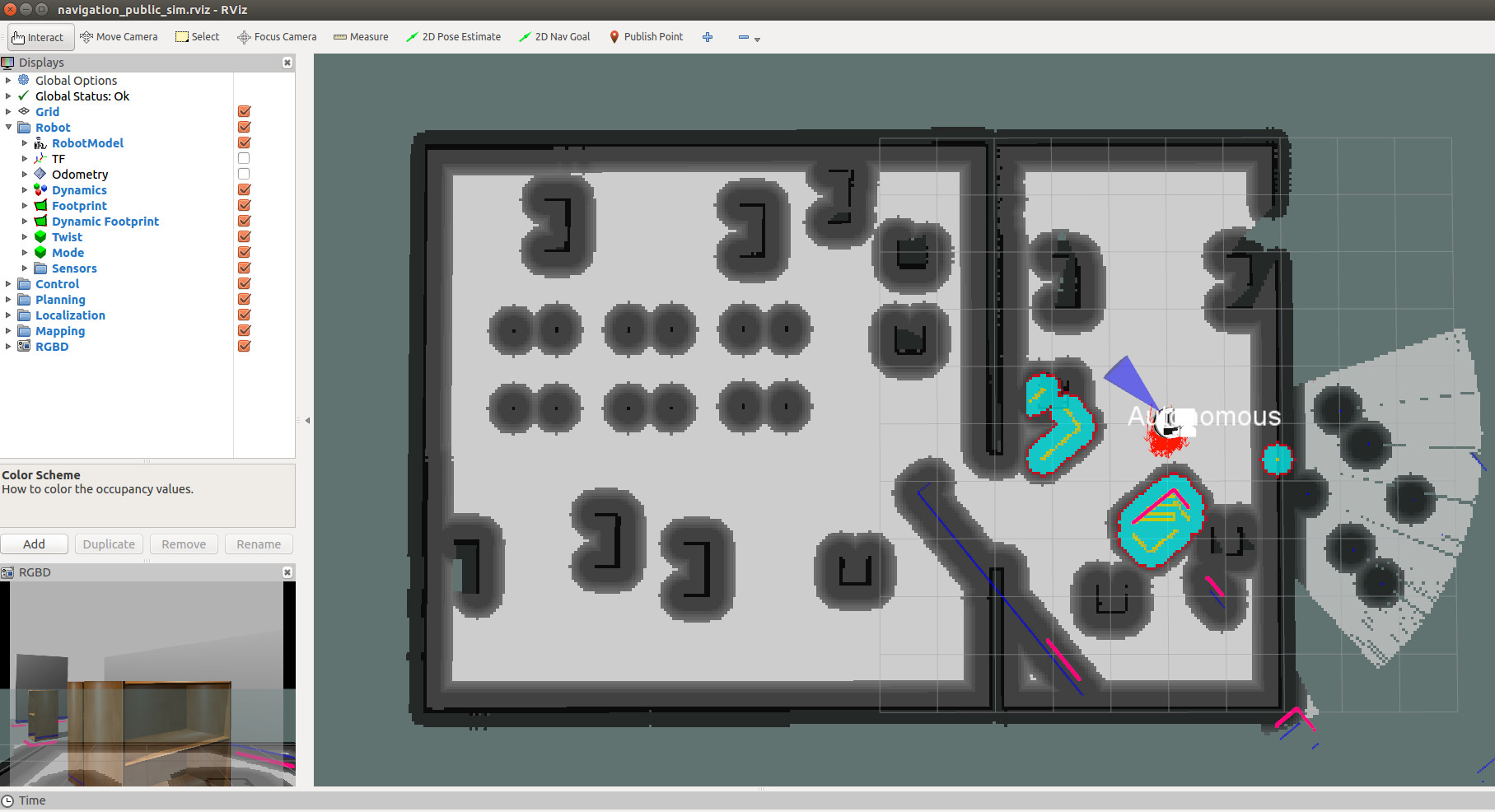 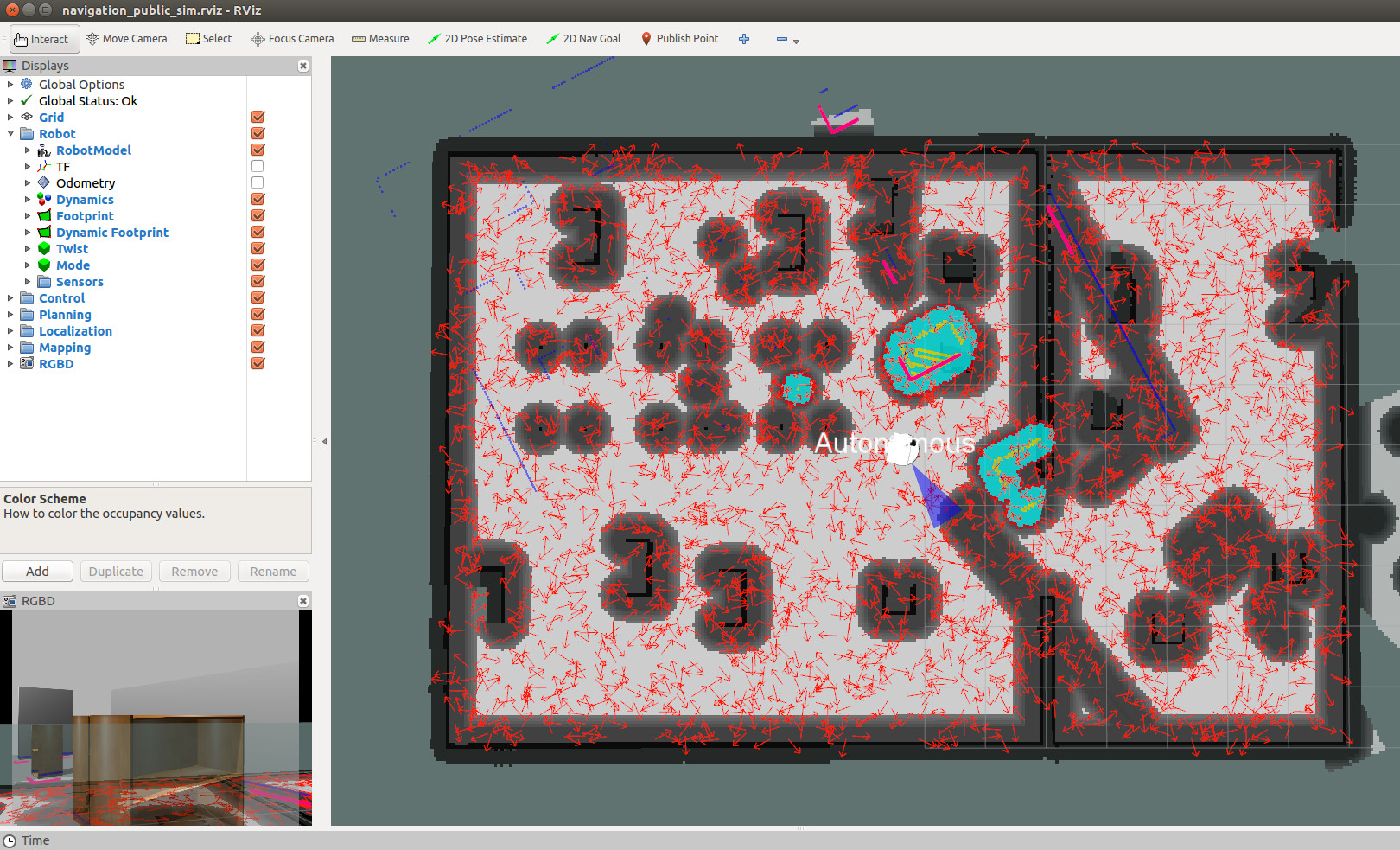 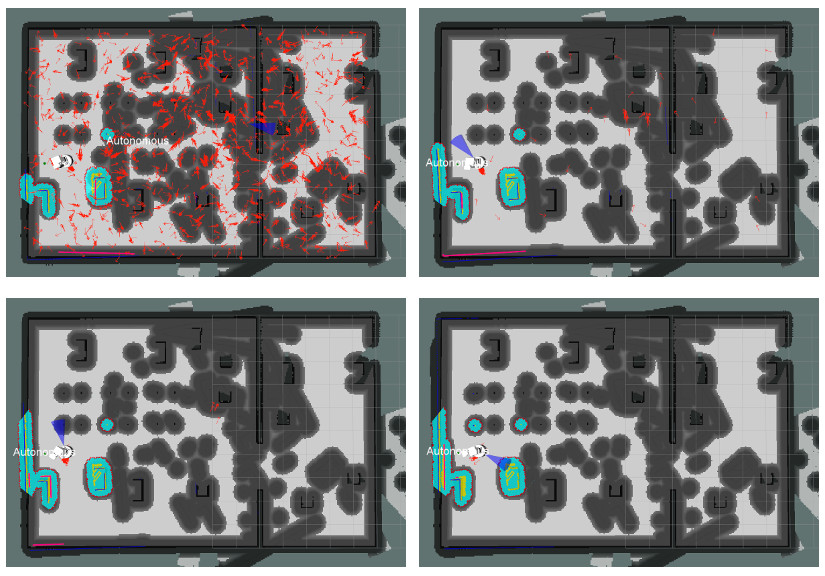 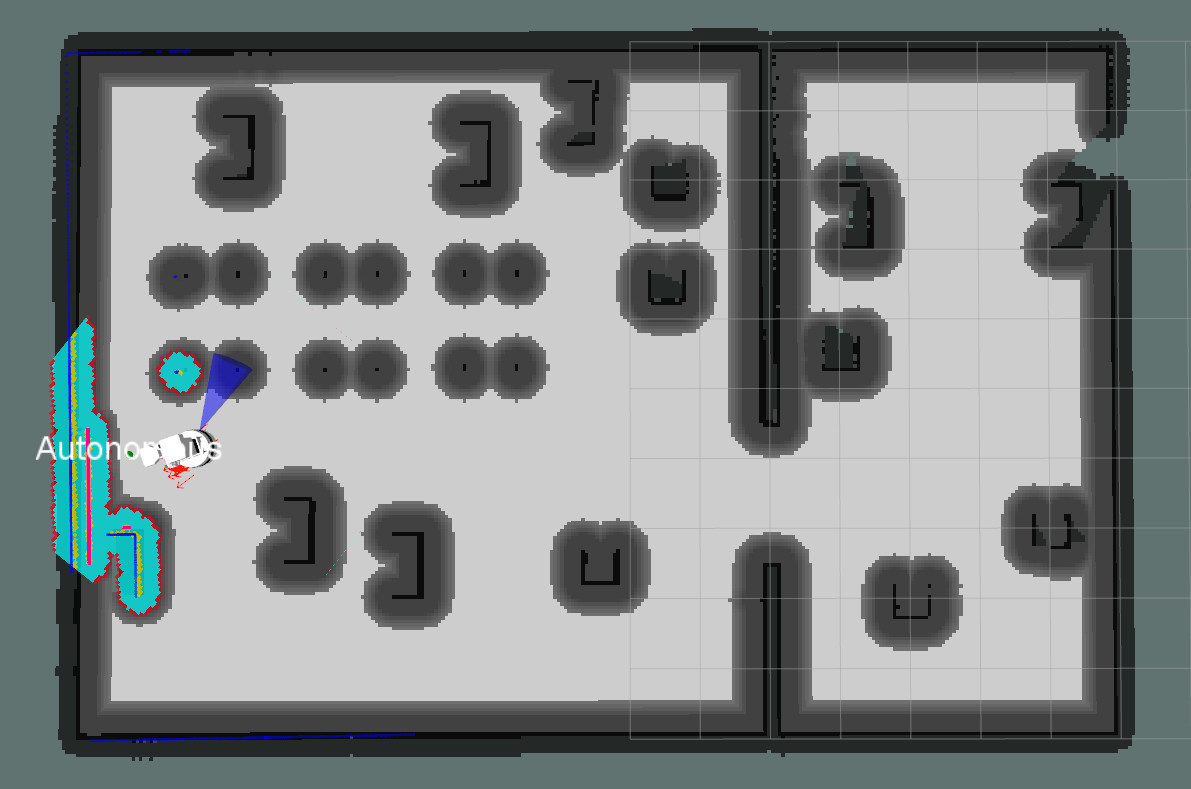 Autonomous navigation with rviz and TIAGo 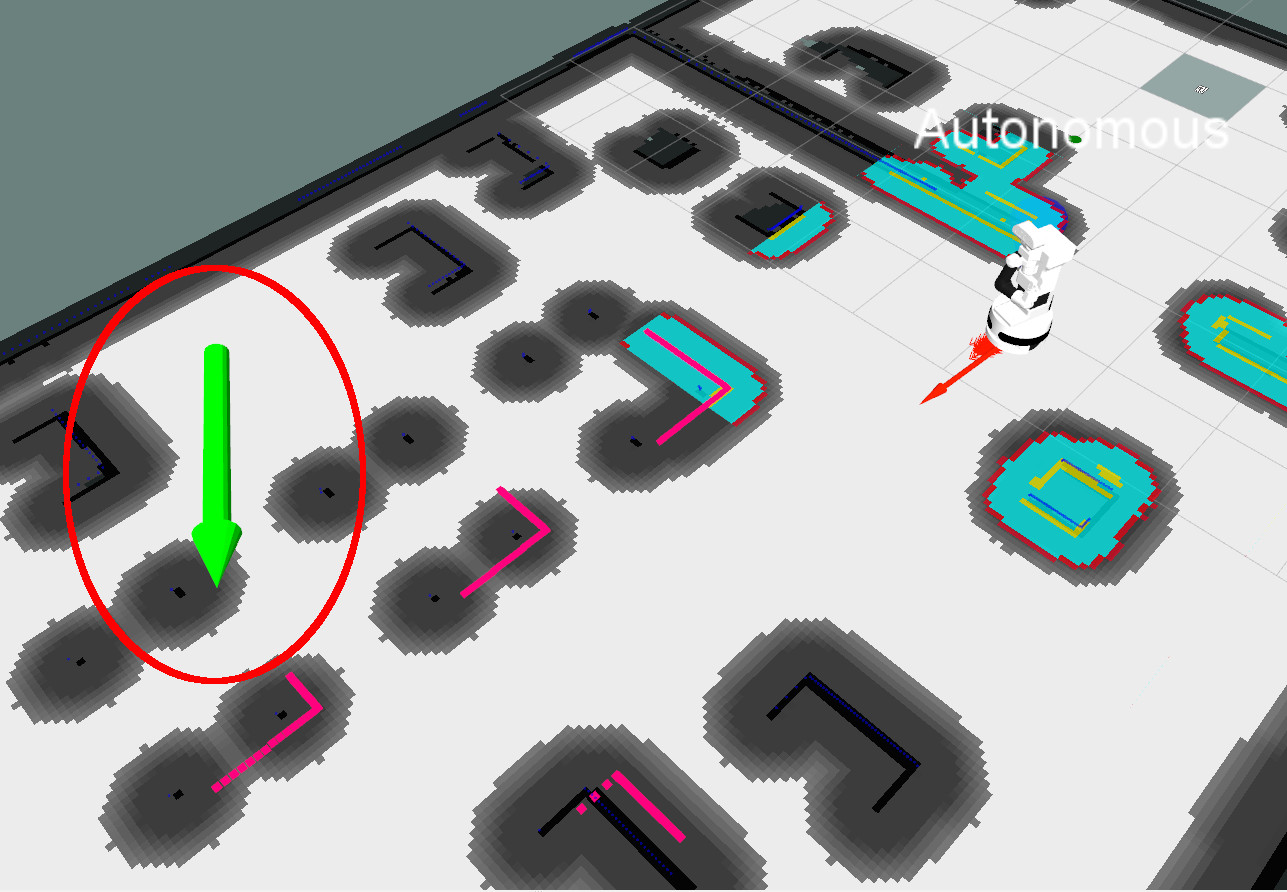 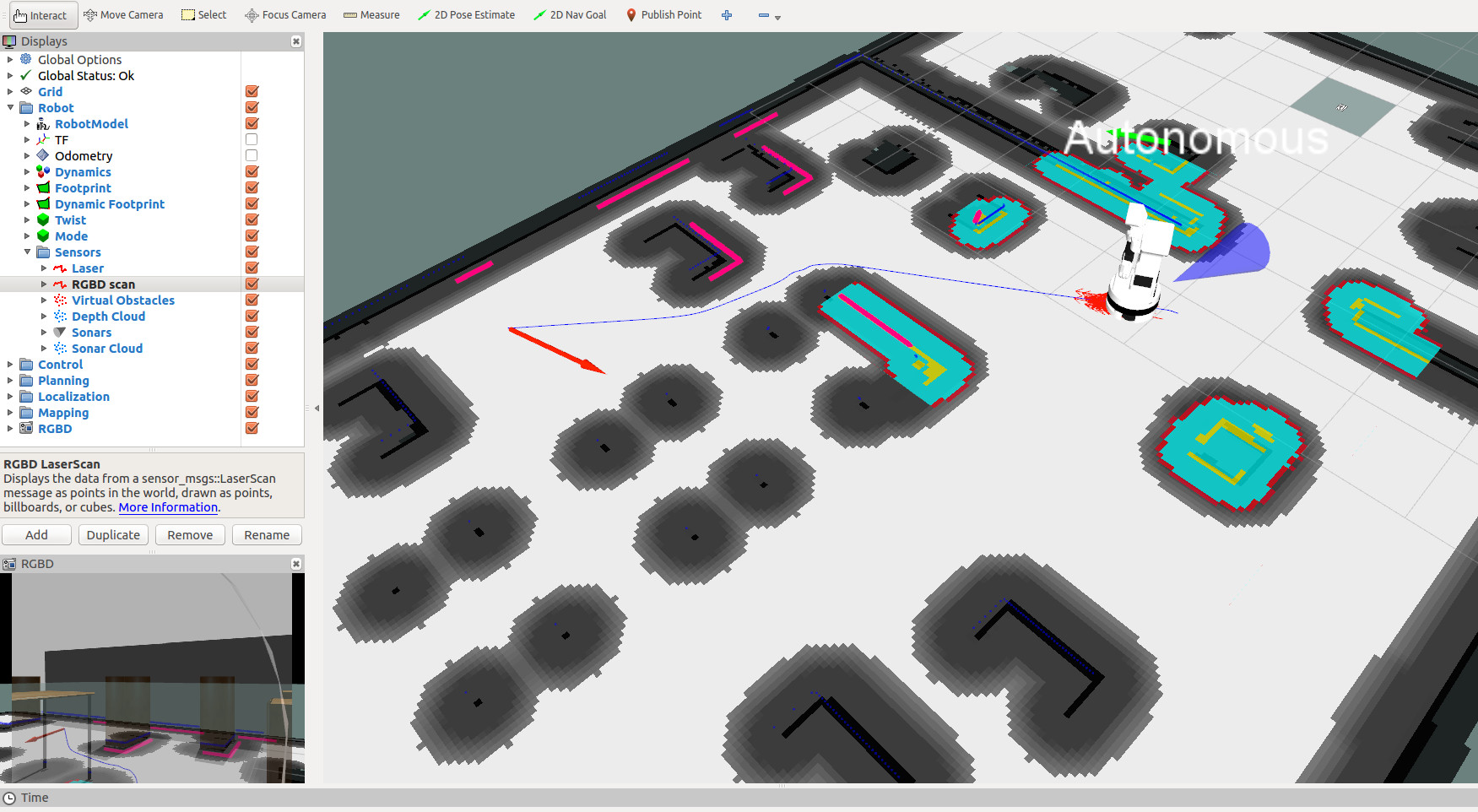 Then, the robot will start moving following the trajectory, which will automatically re-arrange when getting too close to unexpected obstacles. The pictures below show different snapshots of rviz and gazebo during the navigation toward the selected goal. 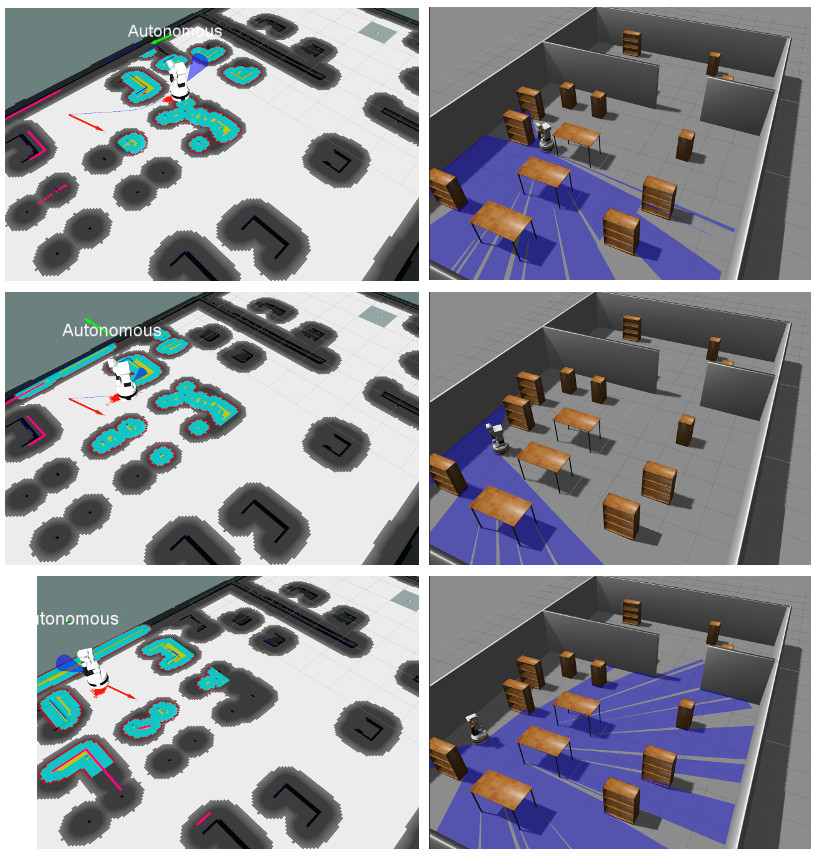 After launching the simulation for the TIAGo OMNI you would have the same interaction with the button 2D Nav Goal as with the pmb2 as shown above; however the local planner is different. 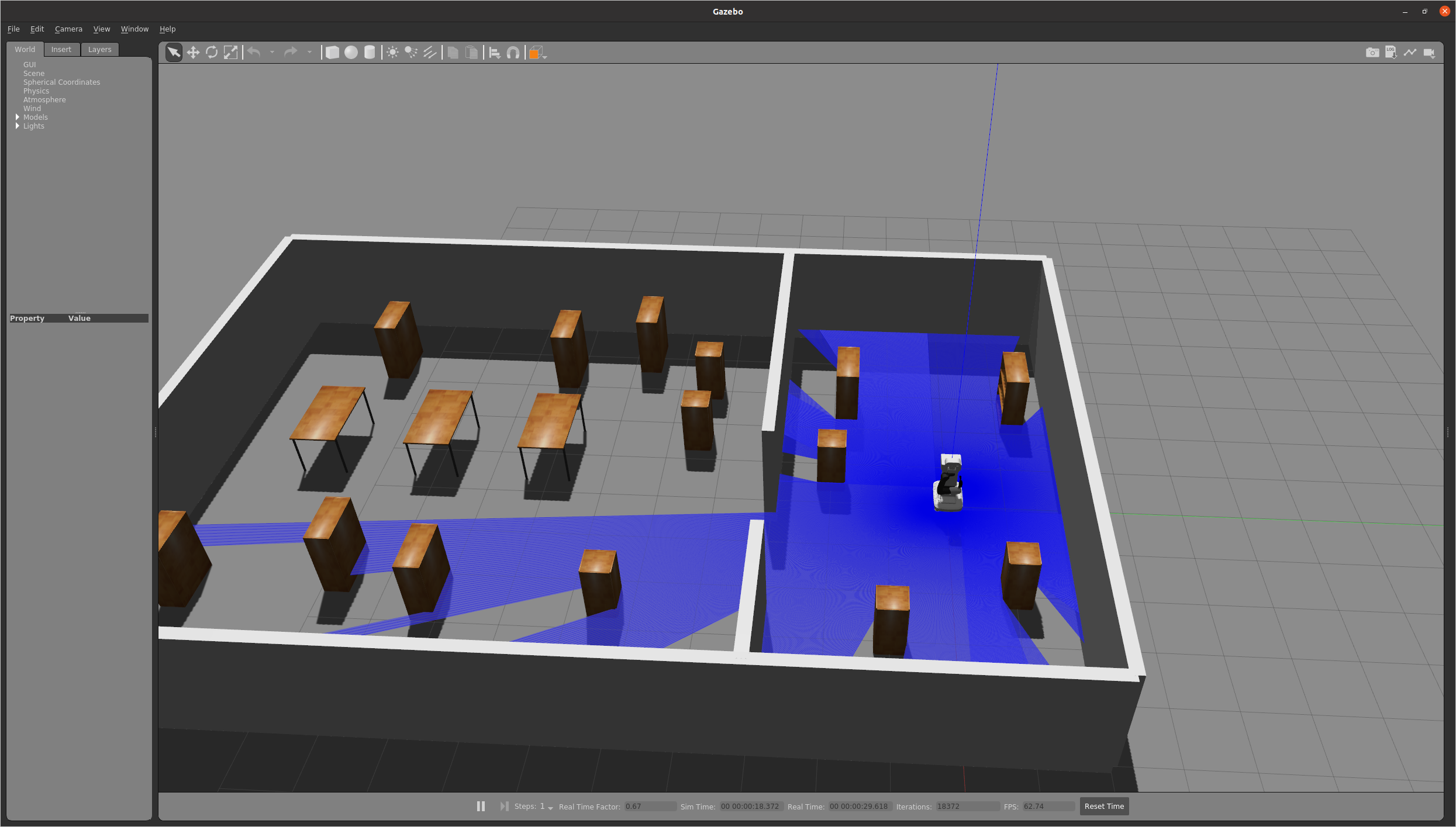 The robot will start moving following the global trajectory. Given the flexibility and the freedom that the TIAGo OMNI provides, an appropriate Local Planner has to be used in order to exploit all the degrees of freedom of the base and plan trajectories in the plane in each direction and orientation. For this purpose, a special configuration of the teb_local_planner has been used to follow the path of a Global Planner while avoiding obstacles in a flexible way, by considering the kinematics model of the omnidirectional base.

The pictures below show rviz during the navigation toward the selected goal. 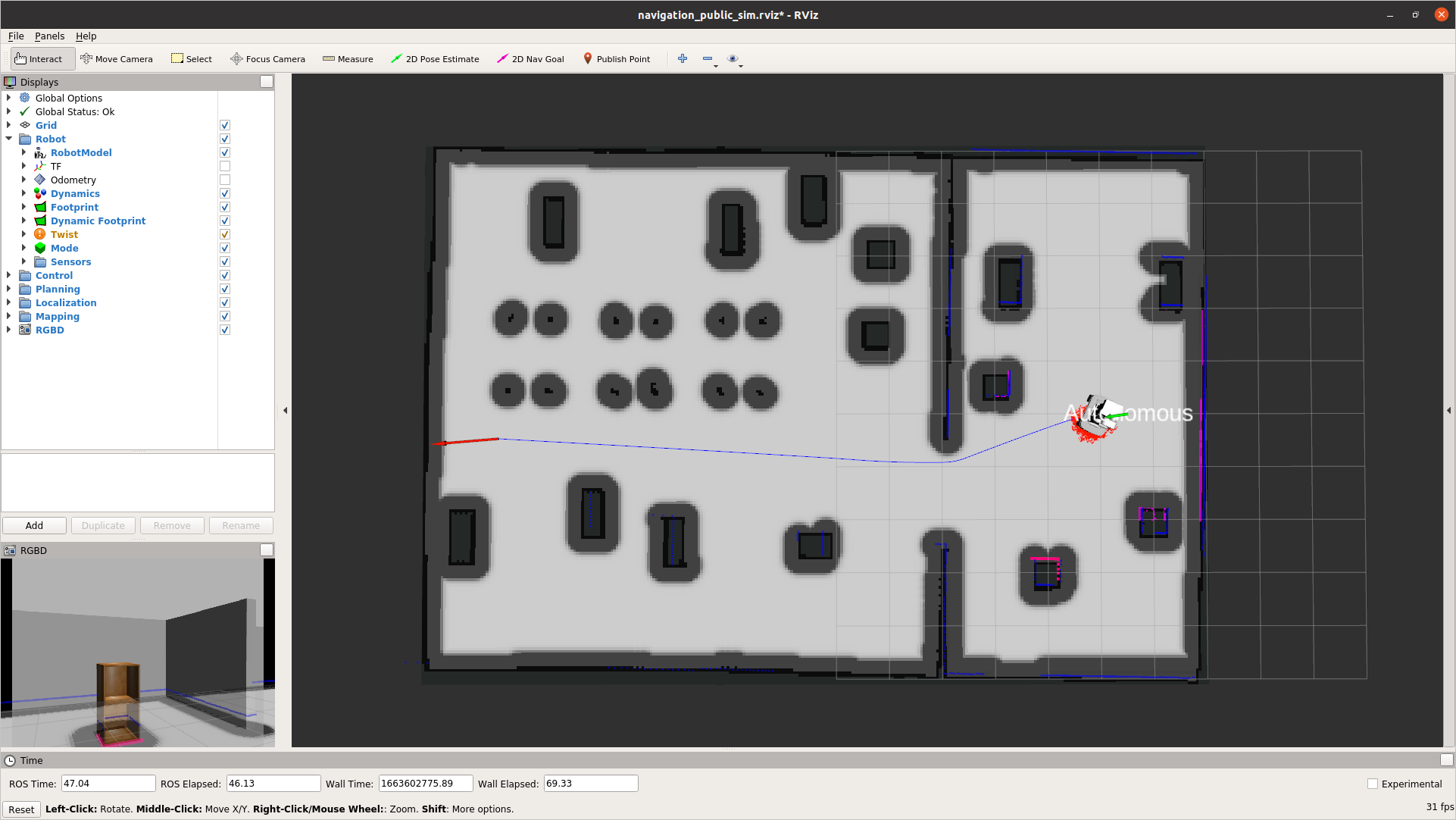 Finally, the robot stops when the target goal pose has been reached up to a user-defined tolerance.