How to run the teleop cockpit

The following instructions describe how to set up the PR2 cockpit on the local machine (the master) and on the robot (the slave). 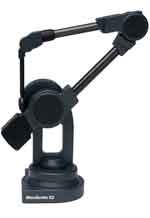 The microscribes must be calibrated. If the LED on the base is green, then the device is already calibrated, but if it is red then we must perform the calibration.

To calibrate the microscribes, place the stylus in the silver hole by bending the arm back on itself. Take note of the joint above the stylus--it may be bent the wrong way. Turn the body of the microscribe all the way clockwise until the base joint hits an end stop. While holding it in this position, press the white button on the back-right of the base of the microscribe.

Some USB devices are manufactured by morons who don't put serial numbers on the USB device. Do not be one of these morons. Anyone plugging two of your devices into the same computer will have to run an annoying configuration step to determine which device is which.

Press on each pedal type when the script prompts you.

These are "transcription pedals": 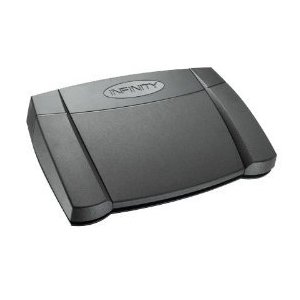 These are "rudder pedals": 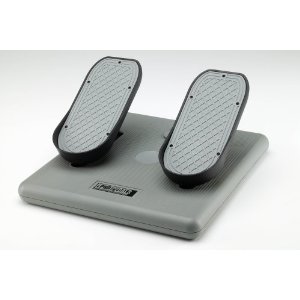 Start the robot with roslaunch /etc/ros/robot.launch. DO NOT USE sudo robot start

You may want to check that the controller was found:

First we'll launch the camera view to make certain that everything is working. All of these scripts are in teleop_microscribe and can (should) be launched locally.

Four windows should appear. One for the wide stereo, one for the narrow stereo, and one for each forearm camera. This step may complain about audio_capture--ignore this.

Next we'll bring up the devices and control the head. Launch the devices:

Next we will launch the controllers and move the arms around. Launch the J-transpose controllers with the provided launch script:

The grippers should remain where they are, but the elbows may move.

We will now move the microscribe into position and engage it to move the arm.

Each microscribe has a set of two buttons attached to it by a cable. Press either button once to engage the microscribe and again to disengage.