The ccny_openni_launch package is a collection of utility launch files for using RGB-D cameras based on the OpenNI driver. The launch files use the rgbd_image_proc application from ccny_rgbd to process the raw sensor stream into rectified, registered RGB and depth images, and (optionally) a point cloud.

The package provides three top-level launch files: for launching a live device, for data recording, and for data playback.

The bags recorded will contain the raw RGB and Depth images at VGA resolution, together with their CameraInfo topics.

For more information about the output topics and parameters, see rgbd_image_proc in ccny_rgbd.

The openni.launch file will launch the driver and the processing nodelets. 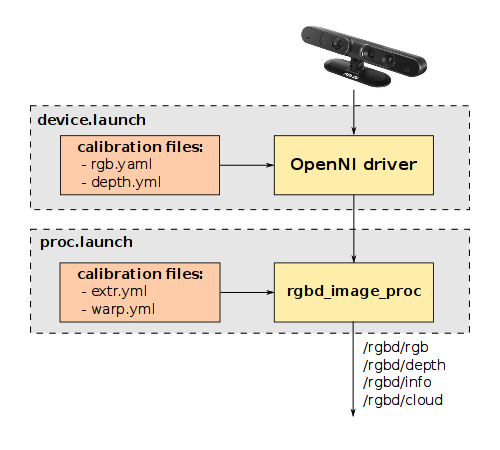 The openni_record.launch file will launch the device driver and record the raw data to a bag. No processing is performed. The bag will include the raw RGB and depth images, together with their CameraInfo topics. 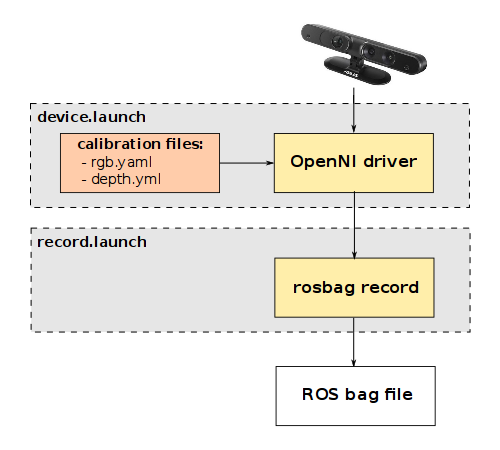 The openni_play.launch file will play a recorded bag and launch the processing nodelets. The output of this launch file is the same as the output of openni.launch. 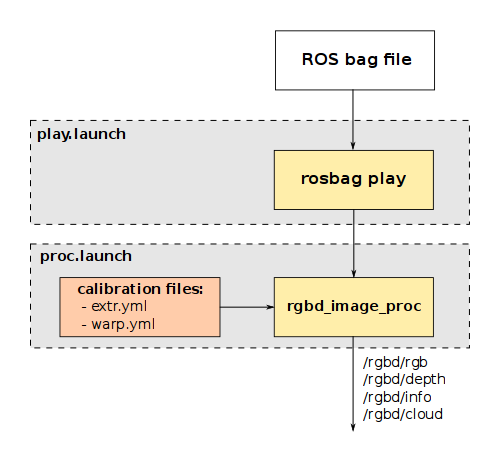 There are four configuration files of interes

Using warp.yml is optional and be disabled using a flag in rgbd_image_proc.

We appreciate the time and effort spent submitting bug reports and feature requests.

Please submit your tickets through github (requires github account) or by emailing the maintainers.