Let's bootstrap all the robots as well as the centralised concert master. Source your setup.bash and rocon_launch the concert, e.g. for a source install:

This launches the concert solution, robot apps and immediately links everything once all the components are discovered.

You'll notice four masters - the concert, dudette and two dudes. Dudette and the dudes flip your usual chatter pubs and subs (dudes of course have to listen to dudette, so they flip the subscribers and dudette flips the publisher).

You'll also notice that some of the masters are postfixed with uuid strings (the dudes). This is the default behaviour for naming and ensures that each member in the concert is unqiue. It can be overridden and will subsequently rely on the developer to ensure that each member has a unique name by passing the disable_uuid arg through to the underlying concert client/conductor launchers. This has been done for both dudette and the concert masters. 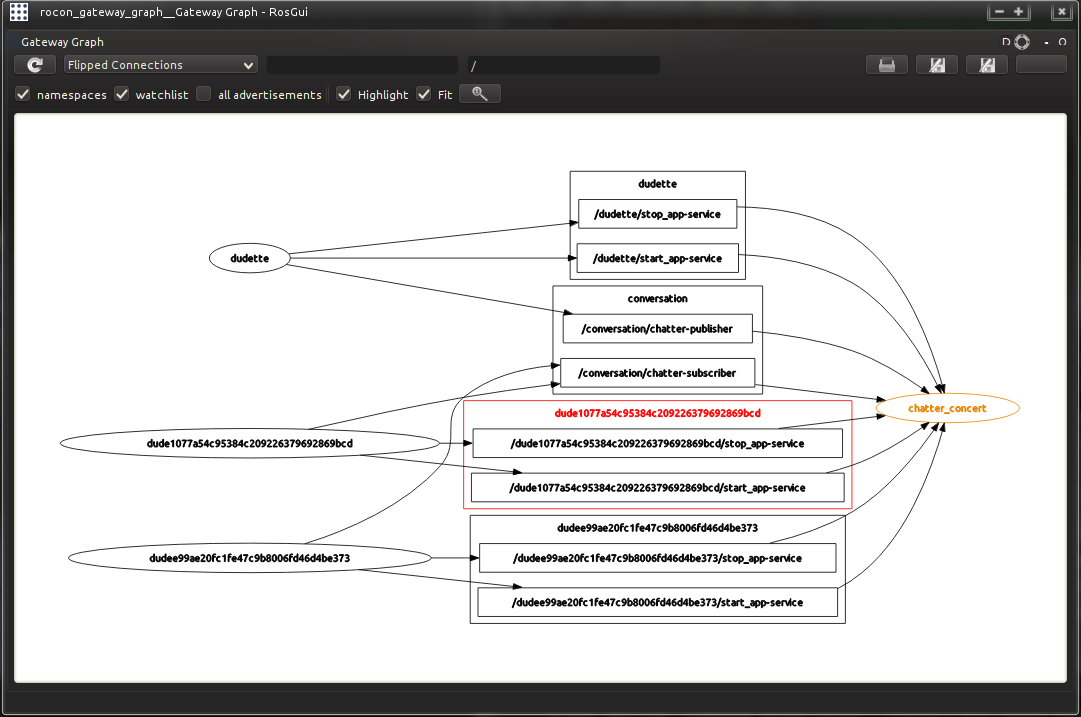