We would like a system that is more general the FSMs,more structured than programs, and lighter weight than planners. Behavior trees were developed by Geoff Dromey in the mid-2000s in the field of software engineering, which provides a modular way to define software in terms of actions and preconditions. They were first used in Halo 2 and were adopted by a number of other games such as Spore. 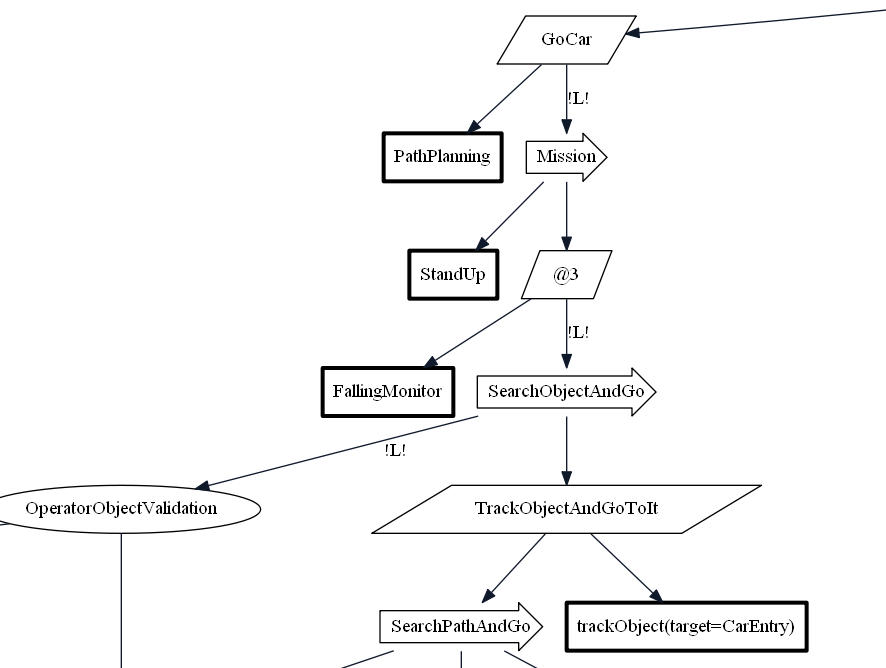 The behavior tree snippet above reads: