Stack for the modified version of the monocular SLAM framework PTAM

Stack for the modified version of the monocular SLAM framework PTAM

This site and the code provided here are under active development. Even though we try to only release working high quality code, this version might still contain some issues. Please use it with caution.

This Stack builds on the well known monocular SLAM framework PTAM presented by Klein & Murray in their paper at ISMAR07. Please study the original PTAM website and the corresponding paper before using this code. Also, be aware of the license that comes with it.

We modified the original code such that:

This version of PTAM was successfully used in the European project sFly to estimate a 6DoF pose for long-term vision based navigation of a micro helicopter in large outdoor environments. You may use this version together with the ethzasl_sensor_fusion stack to pose control your MAV in a similar way. 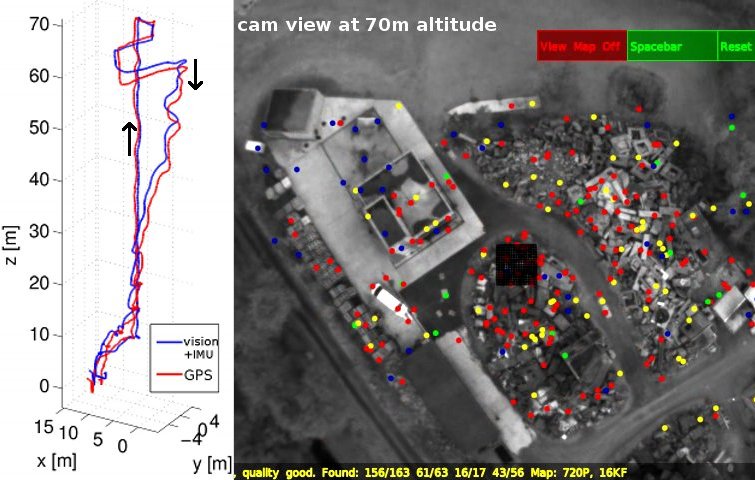 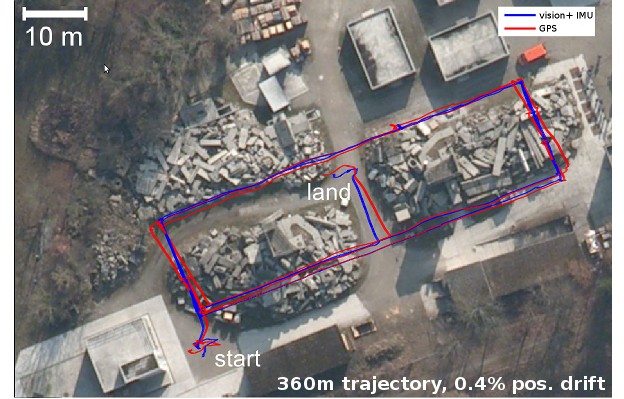 Top image: vision based height test up to 70m above ground and landing in the same mission

The following commands will fetch and compile the ethzasl_ptam stack with catkin.