The centrals components of the face_contour_detector are: 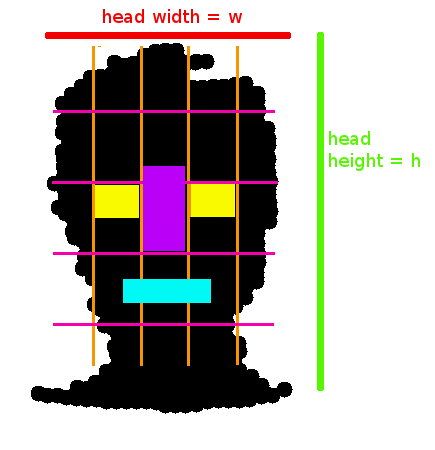 The exploring parameter selector tries to reach the preconfigured graph mass for each image. This is being done by trying different combinations of parameters. The graph mass describes a contour image and is defined as:

The algorithm behaves as follows (example with the two parameters threshold1 and threshold2):

The current version uses these 3 parameters: threshold1 (canny filter), threshold2 (canny filter) and blur width (gaussian blur). All the other parameters will be set statically. If you want to change the target graph mass for an area read this Tutorial.

To improve edge detection, we store statistics about images in a database with the settings used for each image area. The user can rate images by assigning the edge image a value between 1 and 6 (where 6 is the best and 1 is the worst rating). When the user clicks the "Rate" button, we extract information about the image and store it in the database together with all parameter settings (for each area) and the rating. To find good parameters for each image area of a new image we scan the database and find images "similar" to the new image by comparing the respective statistics. This results in a set of images, similar to the new image (its nearest neighbours). Now we look at each area of the new image, applying a set of fixed parameter combinations (1600 combinations by default). For each area and each parameter combination we search through the nearest neighbours for similar thresholds in the respective area. The ratings of the images in which similar parameters for an area were found are averaged to estimate the quality of the area's parameter set. 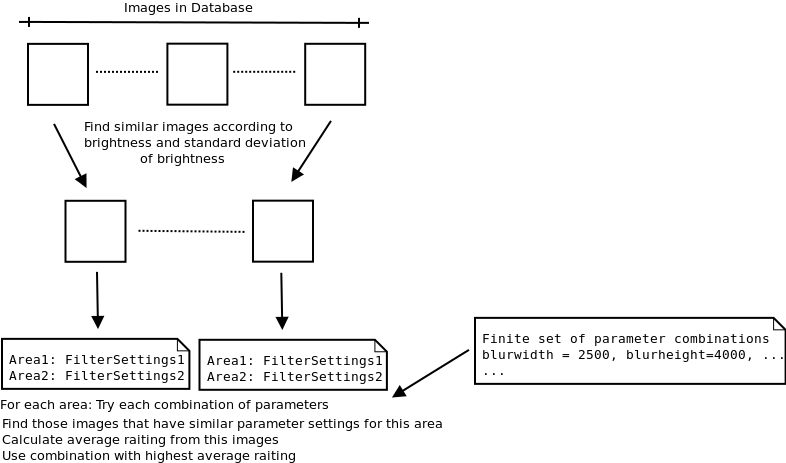