Description: This tutorial will guide you through the process of calibrating the PID velocity controllers on the LSE miniQ.

Next Tutorial: Test your LSE miniQ

For this tutorial you'll need the following items: 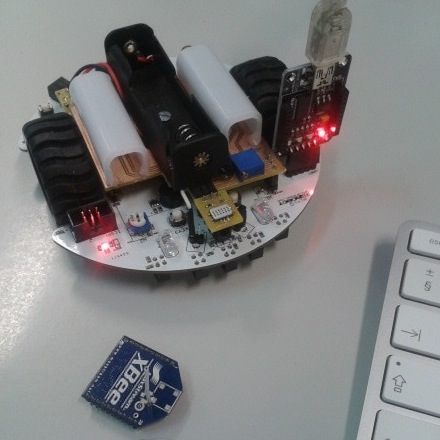 The LSE miniQ robot is a differential drive robot with two wheels. The motors on the miniQ have very low torque and are thus difficult to control, particularly at low speeds. A single PID velocity controller proved to be unreliable since the gains that would allow the motor to start running would not be able to maintain the velocity stable once inertia was countered. On the other hand a set of gains that would maintain the velocity stable once the motor was running was not able to counter the inertia and get the motor running from a stopped state.

So how important is it to calibrate each motor on each LSE miniQ? Very important!!! If you set any miniQ with a fixed PWM for both motors you'll notice that the robot will most likely turn heavily to one side. The motors display very different behaviors thus proper calibration is important to ensure good movement control.

The miniq_pid_server was created to help you calibrate the PID velocity controllers on the LSE miniQ.

Connect the LSE miniQ to a computer running ROS.

Run a roscore and start a miniq_pid_server:

If everything is ok you should see the following output:

Next run the dynamic reconfigure GUI:

Select /miniq_pid_server from the menu.

You should now have the following windows: 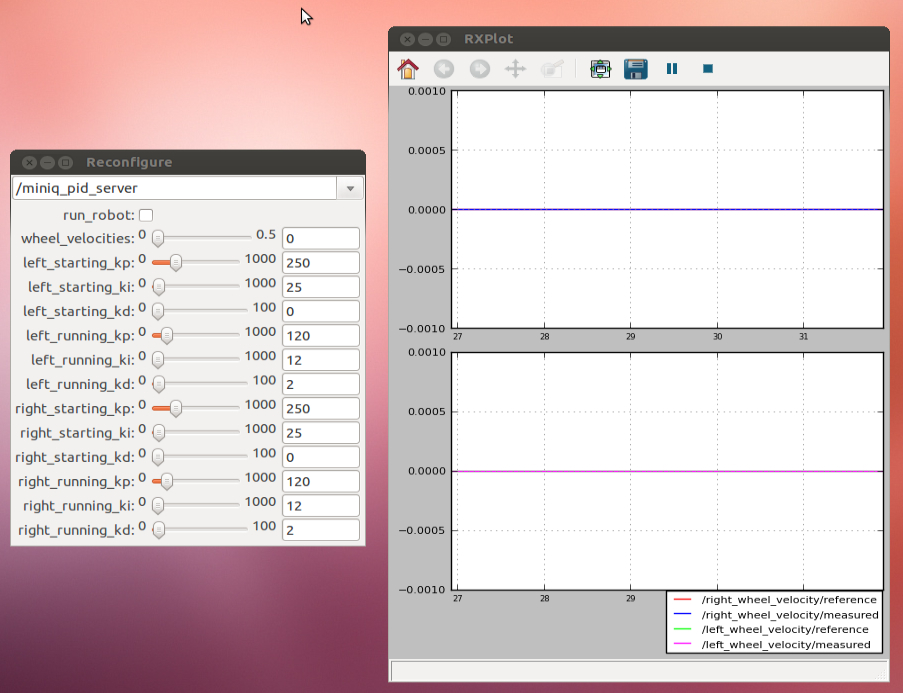 And that's it! You're ready to calibrate the your LSE miniQ PID velocity controllers!

How to use the software?

You can adjust the gains of each PID using the sliders.

The velocity of both wheels can be controlled using the first slider. The velocity can be set between 0m/s and 0.5m/s.

The wheels will only move if the "run_robot" checkbox is checked.

Have fun calibrating those LSE miniQs! 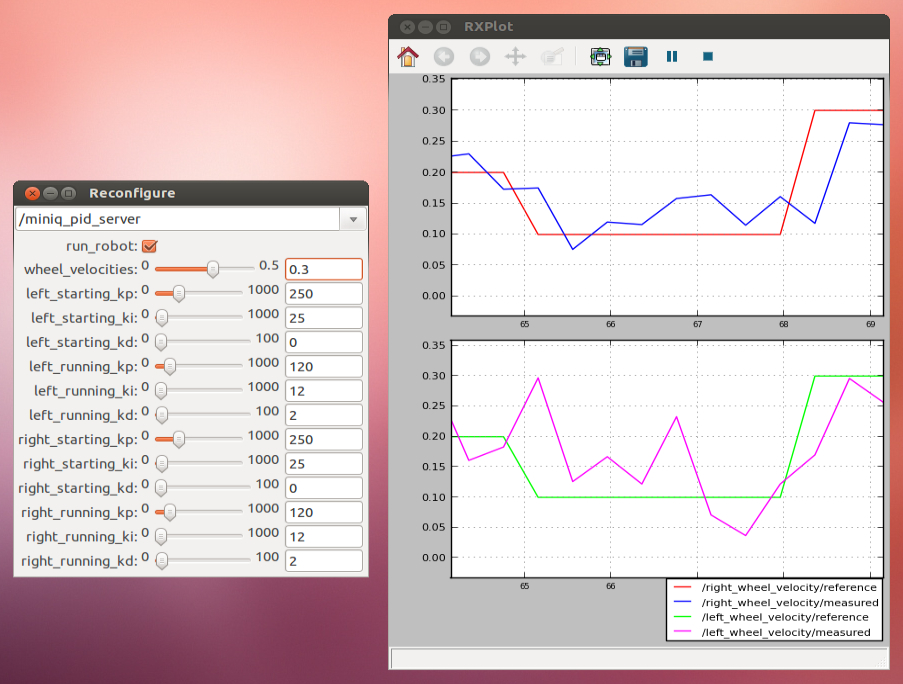 You are now ready to test your LSE miniQ!