Description: Ramble in the known area with a previously saved a map.

This command starts the amcl application with a previously saved milvus_office.yaml map file by default. If you have map file of your own and want to start with that map file, just give it as a parameter to previous command:

Note that map_file argument takes full path of your file. You can't use variables or ~ character on it. Now, You can start moving your robot.

To get more details on the process you can fire up a new terminal and launch RViz; 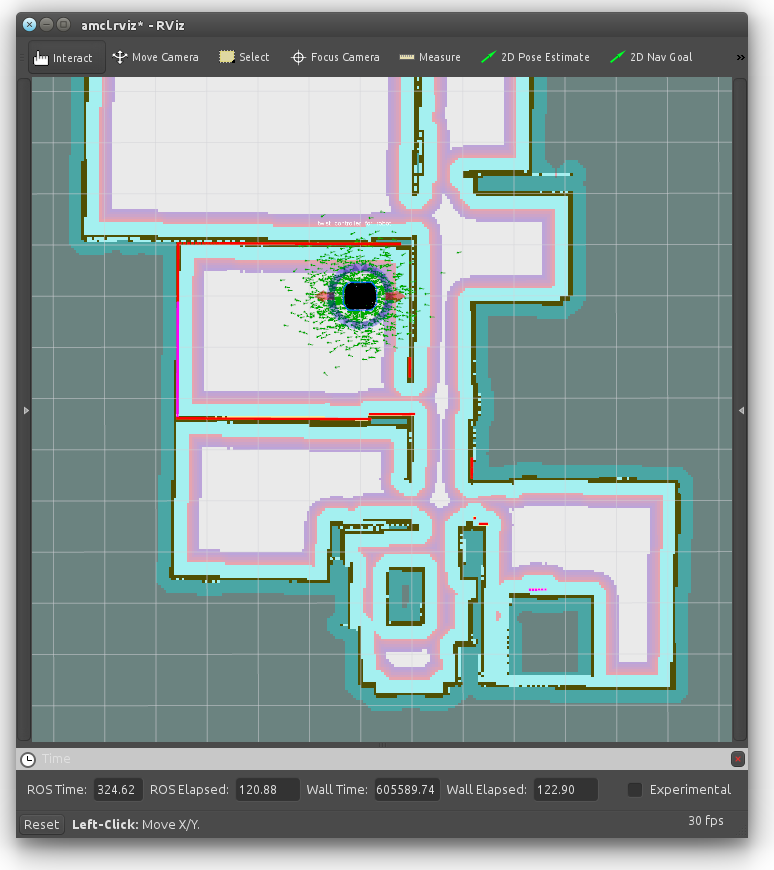 From here you can move to our next section of tutorials which involves working with a real robot. Launch robot and control it from remote PC.