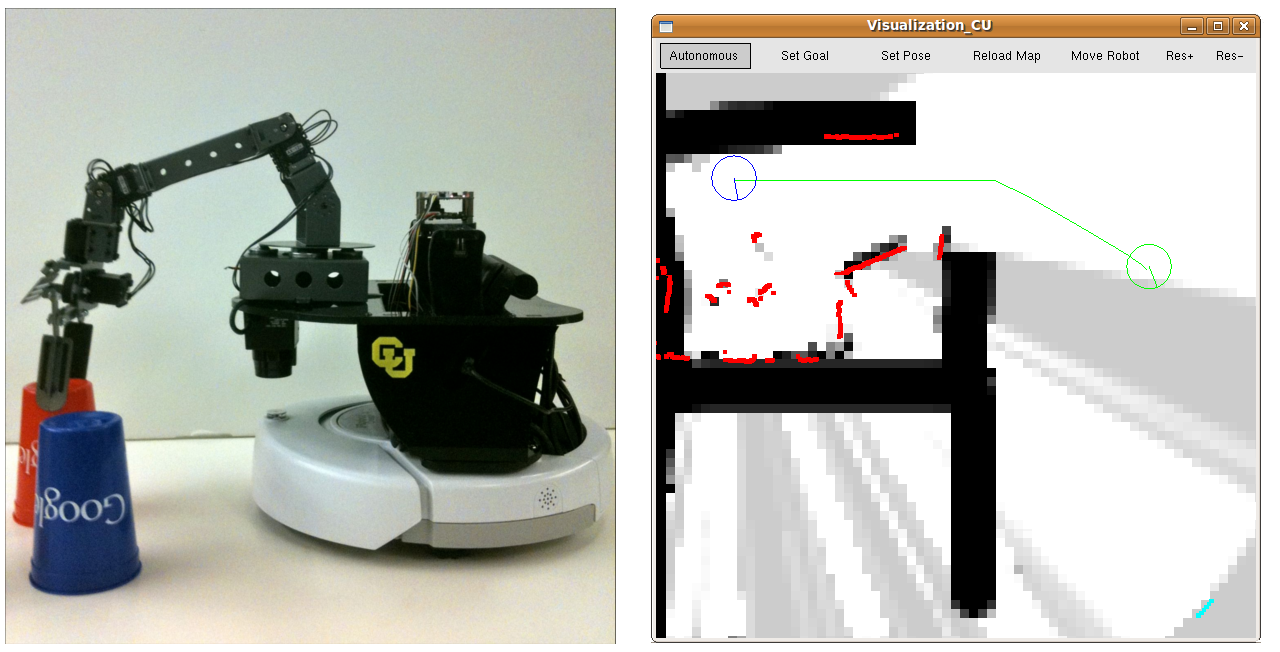 The following is a simplified sketch of some of the system nodes and how they interact: 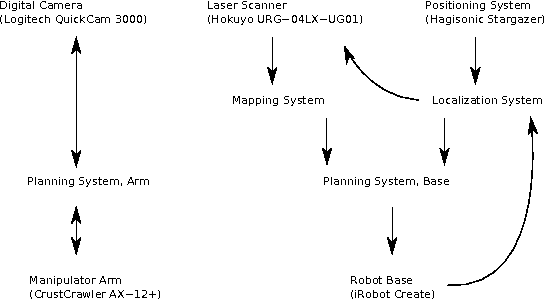 The tf package is used (by default) to facilitate transformations between the various coordinate systems. These include:

Additional coordinate systems that are used internally by prairiedog include:

Note: If the tf package is NOT being used for coordinate transformations, we assume /world_cu = /map_cu. 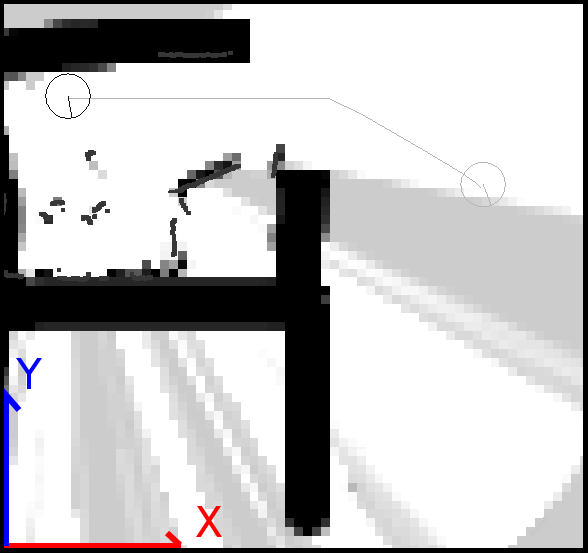 In the 2D map coordinate frame, the x axis goes from left to right and the y axis goes from bottom to top. /map_cu is assumed to be a right-handed translation and/or rotation of /world_cu.

Note: If the tf package is NOT being used for coordinate transformations, we assume /world_cu = /map_cu. 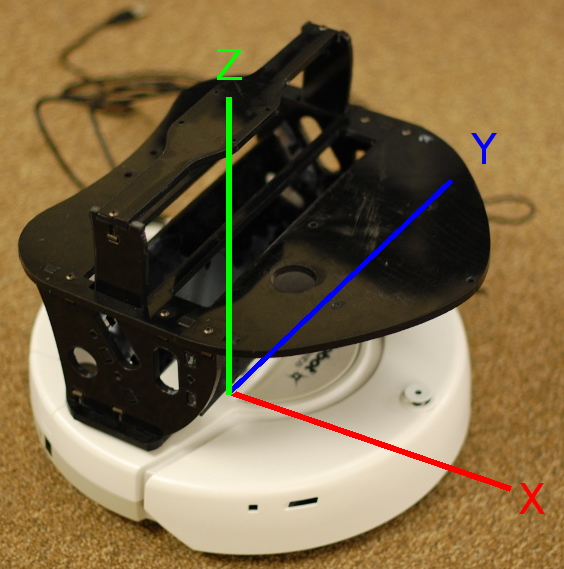 The local coordinate system of the robot is represented by the /robot_cu frame. Following ROS convention, x points out the front of the robot, y points to the left of the robot, and z points up. The origin is at ground level, under the center of the robot. /robot_cu is assumed to be a right-handed translation and/or rotation of /world_cu.

This coordinate system is currently defined as the center of the laser scanner, with x axis pointing in the direction of the first reading (i.e. reading with smallest theta), and z pointing toward the sky. Note that on prairiedog the laser scanner is mounted in a hanging configuration. /scanner_cu is assumed to be a right-handed translation and/or rotation of /robot_cu.

After installing you will need to do the following steps (assuming that ROS is also already installed):