Description: This tutorial aims to instruct the beginner user how to operate the robot in its first use.

Next Tutorial: Calibrating the robot IMU

Check that you have the following items in the box: The included hardware in the box is:

3. battery chargers (one for Lizi, two for Komodo).

The battery comes from the factrory already charged. However, it is recommended that after completing this tutorial one should connect the robot to the charger and the charger to an electric outlet for overnight charging.

For this tutorial one needs the following hardware (not included in the box):

The first step for operating the robot is to connect the Wifi USB dongle to a USB port on the back pannel of the robot (only for Lizi). Next, connect the Monitor keyboard and mouse to the same panel.

Before turning the robot on, we recommend placing the robot on a large box or piece of wood to prevent the wheels from touching the ground. Thus, we could safely command the robot to drive (and turn the wheels) without any concern of the robot pulling the monitor, keyboard, and mouse cables.

Turning the robot on

On the back of the robot turn the power switch to ON position. The blue LED should be lit.

Turn the computer ON (this is the silver button), a short push is enough.

For the rest of this tutorial we will assume you have a Komodo robot. If you have a Lizi robot just replace "komodo" with "lizi".

Open the a terminal window and launch the main robot launch file using:

You can choose any desired id number.

Basic operation of the robot

Now we can operate the robot using the basic "rqt" tool included in ROS. The first step is opening a new terminal window to start the "rqt" using:

In the new rqt window select from the menue:

Then type at the topic textbox: 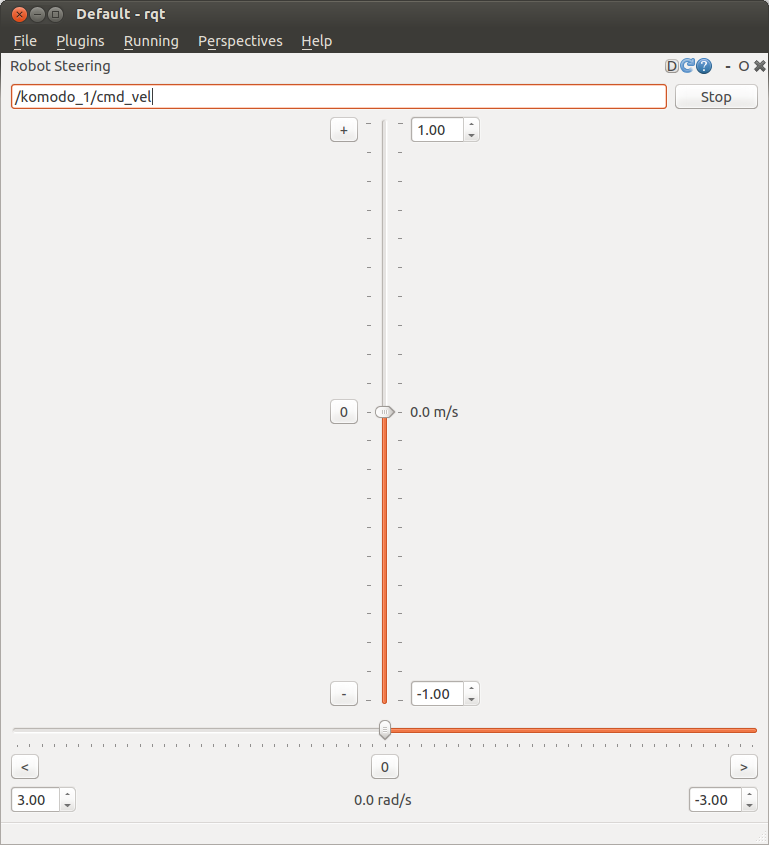 If you have a Lizi robot, to move the pan tilt system of the Asus RGB-D sensor we have to publish a lizi_pan_tilt message to the /lizi_1/pan_tilt topic. to do this manually one can use again the 'rqt' tool. in the rqt window select from the menue:

Change the angles to the desired angle. Note that the units are in radians. Next mark the check box to the left of the topic to send the message and move the pan_tilt. See for example:

Note that after the pan tilt system moved, you should uncheck the box in order to stop the message from being sent.

To view the camera image from the 'rqt' select from the menue:

and select the image you want to see. In the following example we present the camera view and the depth image in two parallel windows: 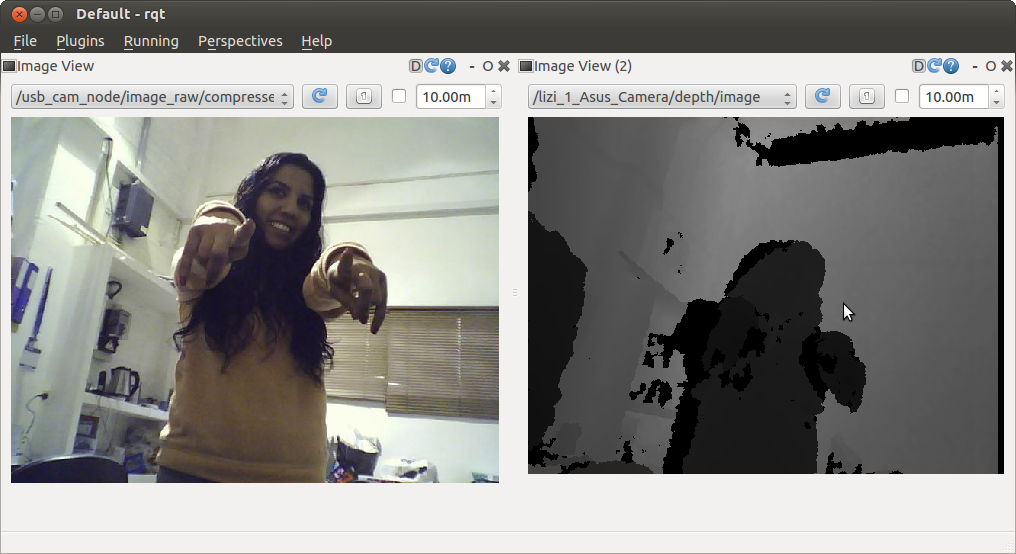