Using the robot state publisher on your own robot

Description: This tutorial explains how you can publish the state of your robot to tf, using the robot state publisher.

Next Tutorial: For a detailed tutorial on how to use the robot_state_publisher in combination with a urdf, take a look at this tutorial

tf is deprecated in favor of tf2. tf2 provides a superset of the functionality of tf and is actually now the implementation under the hood. If you're just learning now it's strongly recommended to use the tf2/Tutorials instead.

When you are working with a robot that has many relevant frames, it becomes quite a task to publish them all to tf. The robot state publisher is a tool that will do this job for you. 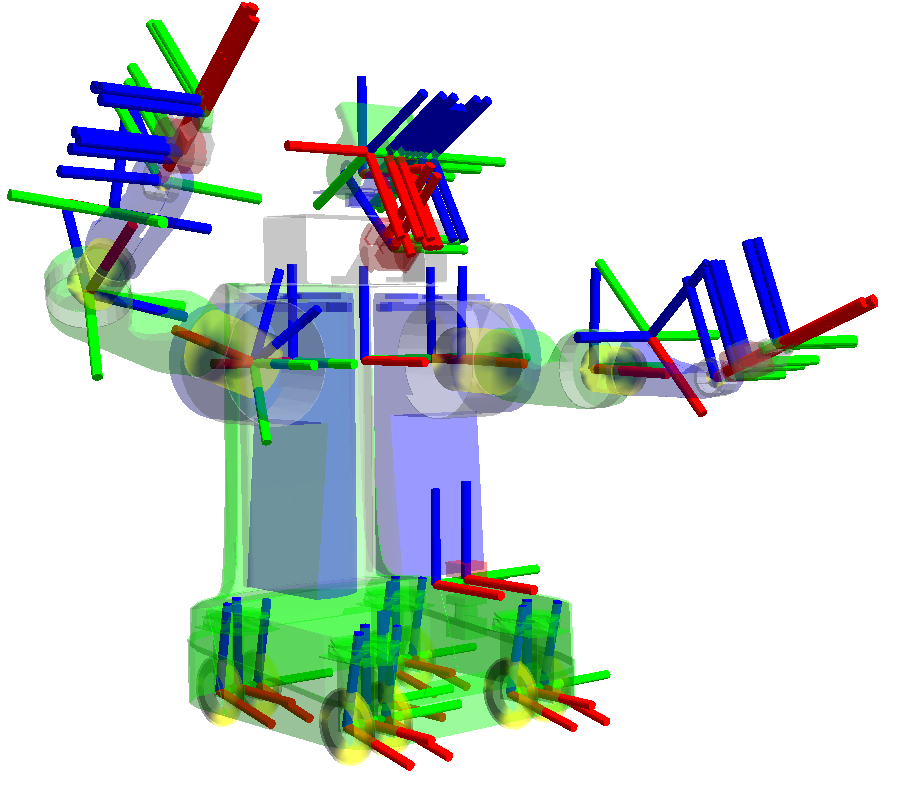 You can use the robot state publisher as a standalone ROS node or as a library:

Running as a ROS node

Please read the following sections on how to configure the parameters and topics for robot_state_publisher.

Once you have setup the XML robot description and a source for joint position information, simply create a launch file like this one:

Running as a library

Advanced users can also run the robot state publisher as a library, from within their own C++ code. After you include the header:

and now, every time you want to publish the state of your robot, you call the publishTransforms functions:

The first argument is a map with joint names and joint positions, and the second argument is the time at which the joint positions were recorded. It is okay if the map does not contain all the joint names. It is also okay if the map contains some joints names that are not part of the kinematic model. But note if you don't tell the joint state publisher about some of the joints in your kinematic model, then your tf tree will not be complete.

Wiki: robot_state_publisher/Tutorials/Using the robot state publisher on your own robot (last edited 2021-04-01 04:36:55 by FelixvonDrigalski)