Also if you're on Ubuntu and like to know the most recommended plotting result, simply get a .deb file of pyqtgraph here, which is not available via rosdep. And run it by something like:

How to run in general

To specify topic(s) to plot, you need full path name of the topics published. You can find them easily for instance by the command below:

To give topic names to plot

There are two ways to give the topic names to rqt_plot as explained in following sections. In both ways, topics that are set in previous run is resumed (as far as the program was shut down without error).

Both of the following lines plot the same topics.

Obviously, if you want to change the topics to plot, you need to restart the program and give the new topic names.

Type in the "Topic" input field the full path of the topic name, and press "+" button. 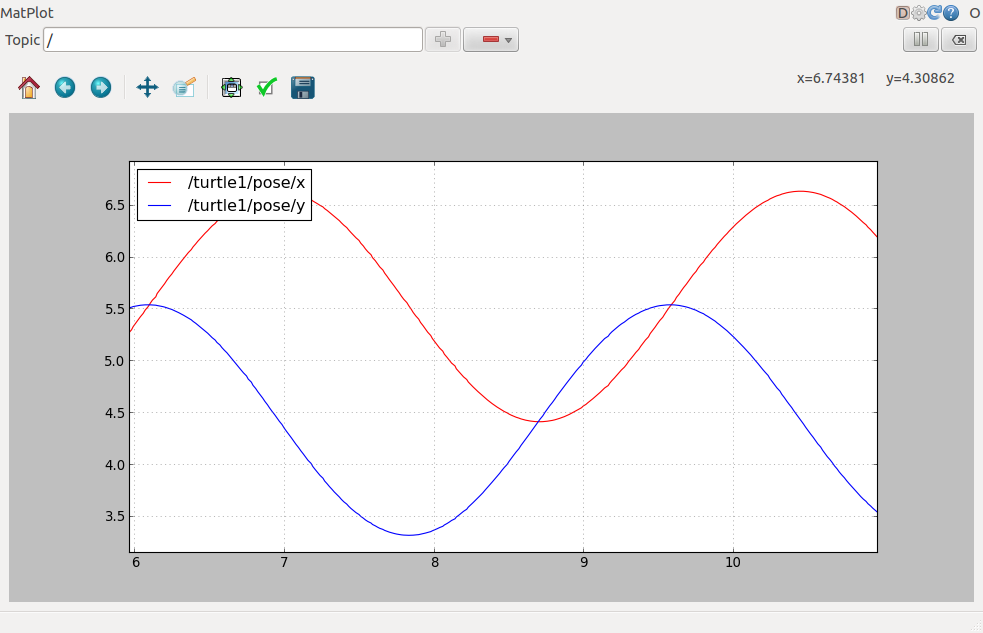 "Topic" field auto-completes the topic name (although it's not fully working as noticed).

Note for the input value syntax

The input value should be the full path to the value, not only the topic name. E.g., in above case the topic /turtle1/pose/x is a member "x" in a published topic "/turtle1/pose", which is defined as "turtlesim/Pose" message.

New short example to show this; say you want to plot a topic called position x of /your_robot/pose topic, which is a type of geometry_msgs/Pose message. This can be plotted by /your_robot/pose/position/x. Possiblly you can figure out this plot name by following steps like this:

Currently rqt_plot has three plotting backend options (numbered in recommended order) which can be configured using the setting dialog available via the gear icon in the window title bar:

By default, backend option is chosen in the order above; the first one found on your system gets used (eg. if your system has matplotlib but not pyqtgraph, your rqt_plot runs with the matplotlib).

User can also select one of them from GUI; click "gear" icon next to question symbol and a dialog should pop up.

Zoom out on time axis

Topic is not plotted

TODO need to figure out which data types are supported

Spline curve is not supported either.