Track and include dynamic obstacles via costmap_converter

Description: In this tutorial you will learn how to utilize the costmap converter to easily track dynamic obstacles based on costmap updates.

Before you proceed, make sure that you are familiar with the costmap_converter package in general and how it is utilized in the teb_local_planner (refer to the tutorial Costmap Conversion).

You also need to make sure to enable dynamic obstacle planning in the teb_local_planner as described here.

Install the teb_local_planner_tutorials package or clone the repository from the github repository to your catkin workspace.

Now open a terminal and invoke

You should now see the tracking example and results similiar to: 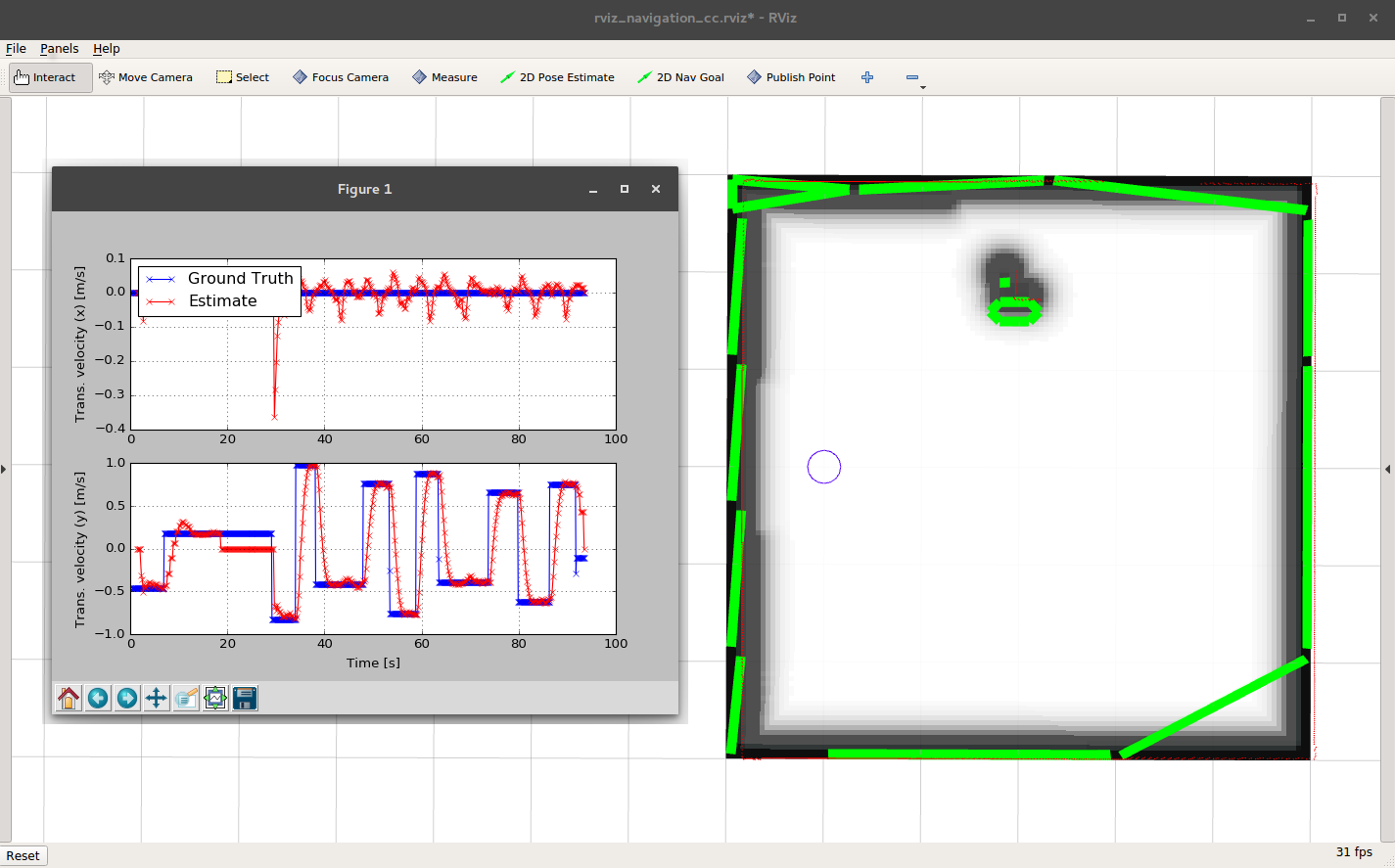 You can check the corresponding launch and config files in the source code repository for further details.

The following example demonstrates how the robot navigates through a corridor with moving obstacles.

Close the previous program and run the following command:

The complete navigation setup for a differential drive is loaded. Specify a navigation goal in rviz by providing a 2D Nav Goal at the other end of the corridor. 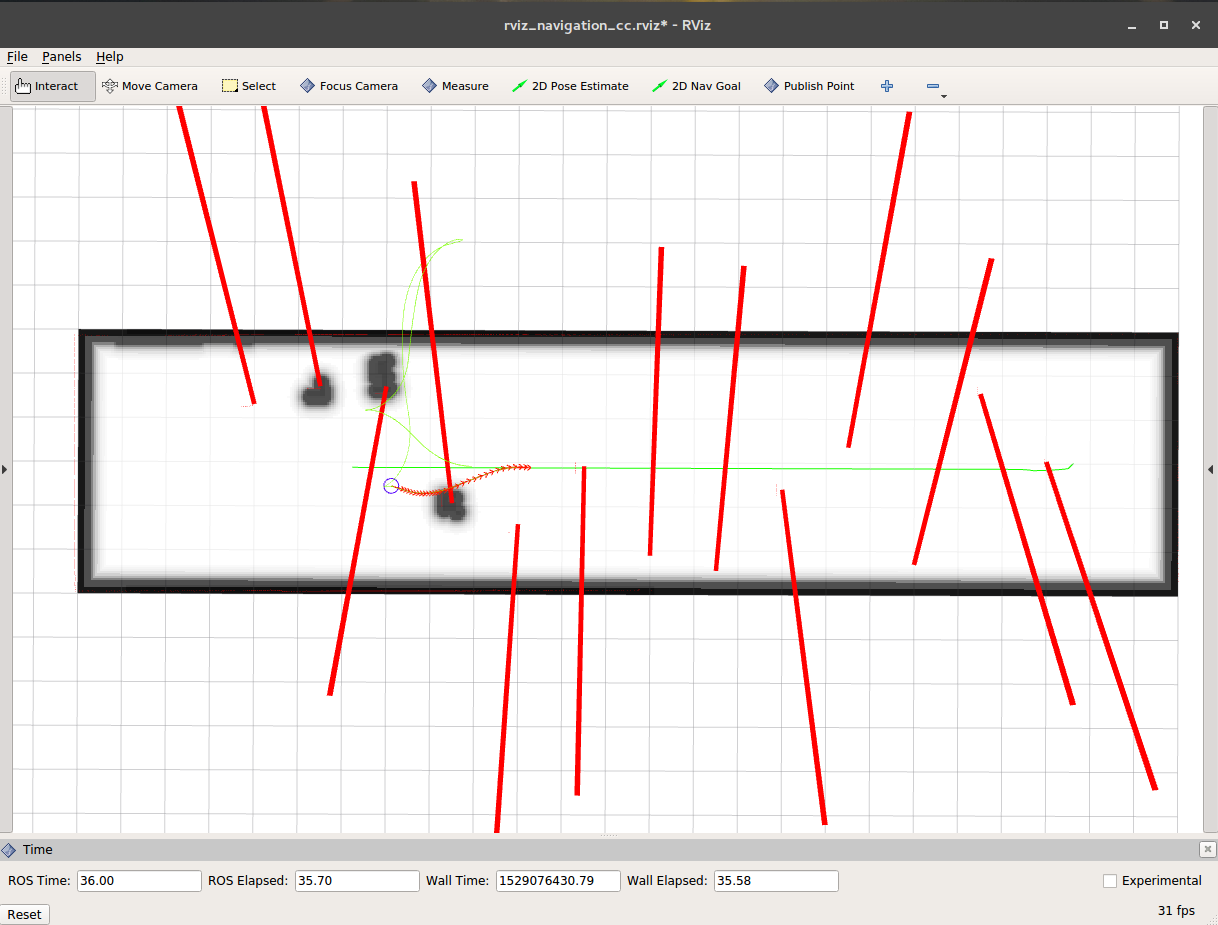 Again, you can investigate the corresponding launch and config files in the source code repository for further details.

The planner currently assumes that obstacles are moving mainly with constant velocity. This assumption is meaningful in many applications. However, in a true random-walk scenario, the planner performance can be worse in comparison to a planning configuration in which those obstacles are treated as static ones (teb_local_planner parameter include_dynamic_obstacles=false).