tf is deprecated in favor of tf2. tf2 provides a superset of the functionality of tf and is actually now the implementation under the hood. If you're just learning now it's strongly recommended to use the tf2/Tutorials instead.

This tutorial walks you through the steps to debug a typical tf problem. It will apply the steps explained in the tf troubleshooting guide to an example using turtlesim. It will also use many of the tf debugging tools.

For this tutorial we set up a demo application which has a number of problems. The goal of this tutorial is to apply a systematic approach to find these problems.

First, let's just run an example and see what happens:

You'll see the turtlesim come up. If you select the terminal window from where you launched the demo, you can use the arrow keys to drive one of the robot around. In the upper left corner there is a second robot.

If the demo would be working correctly, this second robot should be following the robot you can command with the arrow keys. Obviously, it does not... because we have to solve some problems first. What you do see, is the following error message:

So, if you look at the debugging tf problems guide, you'll see we first need to find out what exactly we are asking tf to do. So, therefore we go into the part of the code that is using tf.

In the previous tutorials we created a tf broadcaster to publish the pose of a turtle to tf. In this tutorial we'll create a tf listener to start using tf.

How to create a tf listener

Let's first create the source files. Go to the package we created in the previous tutorial:

Fire up your favorite editor and paste the following code into a new file called src/turtle_tf_listener_debug.cpp.

Take a look at lines 25-28: Here we do the actual request to tf. The first three arguments tell us directly what we are asking tf: transform from frame /turtle1 to frame /turtle3 at time "now".

Now, let's take a look at why this request to tf is failing.

First we want to find out if tf knows about our transform between /turtle3 and /turtle1:

The output tells us that frame turtle3 does not exist:

The last three lines of the above message tell us what frames do exist. If you like to get a graphical representation of this, type:

And you'll get the following output. 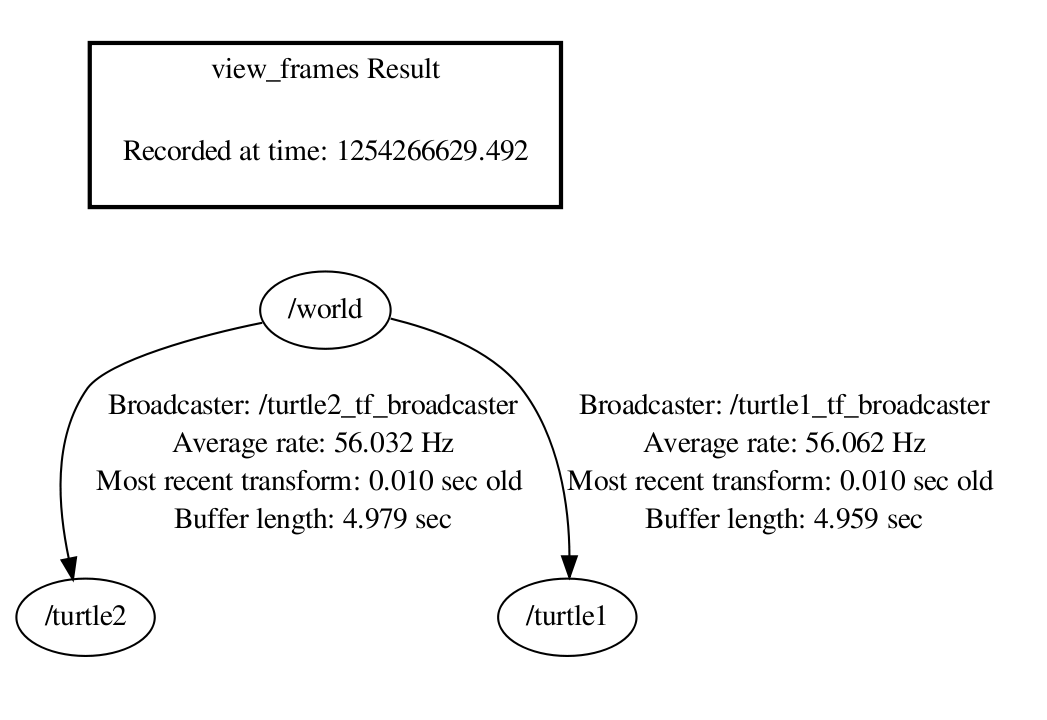 So obviously the problem is that we are requesting turtle3, which does not exist. To fix this bug, replace turtle3 with turtle2 in lines 25-28:

And now stop the running demo (Ctrl-c), build it, and run it again:

And right away we run into the next problem:

Now that we solved the frame name problem, it is time to look at the timestamps. Remember we are trying to get the transform between turtle2 and turtle1 at time "now". To get statistics on the timing, run:

So in the new code we are asking for the transform between the turtles 100 milliseconds ago (Why not 8? Just to be safe...). Stop the demo (Ctrl-c), build and run:

Re-build your package at the top folder of your catkin workspace:

Then running the example again

And you should finally see the turtle move! 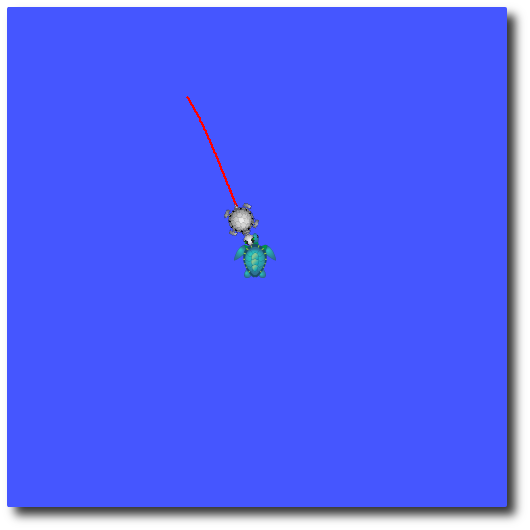 That last fix we made is not really what you want to do, it was just to make sure that was our problem. The real fix would look like this: