Description: Various usage scenarios for turtlebots and their developers.

Next Tutorial: Interacting with your Turtlebot

As a result, more often than not, the developer is at the PC running visualisation/monitoring software and connected wirelessly to the turtlebot.

This happens to be exactly where most turtlebots and developers spend their time, even if they are programming for a different result. It also tends to generate a large number of queries about using ROS across a network so it is important this is covered in the tutorials. 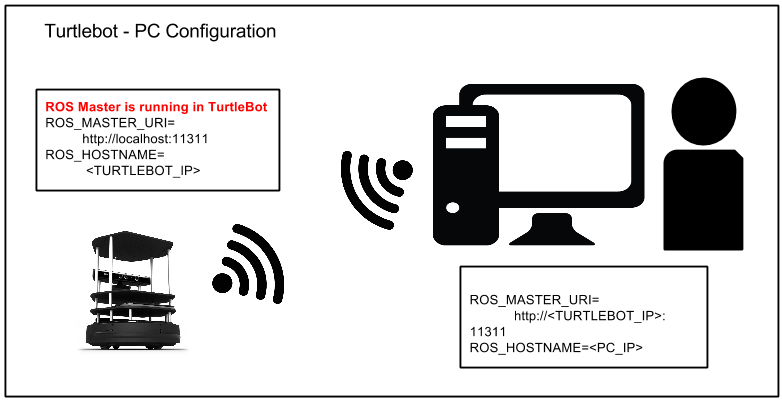 More advanced means of interacting with the turtlebot are possible - via android or in a multi-turtlebot concert. These are covered in the (advanced) appendix tutorials.