Description: Cruise around in the Gazebo world and use RViz to "see" what's in it.

Next Tutorial: Make a map and navigate with it

In this tutorial we will use the keyboard teleop tool from the turtlebot_teleop package to drive the TurtleBot around and use RViz to visualise the sensor data.

First we need to install the turtlebot_teleop package. Since we will use other apps in the later tutorials, we will install all TurtleBot apps already.

For convenience we will additionally install a set of RViz launchers, which will bring up RViz already configured for our use case.

First, bring up the TurtleBot simulation as described in the Quick Start Guide.

Next, in a second terminal* run the keyboard teleop tool.

For TurtleBot 2 you can also use the kobuki_keyop tool:

See what the robot sees

Use RViz to visualise various sensory information. In a new terminal* execute:

RViz won't show much at first, since the Gazebo world is empty. So, let's add some objects to it! 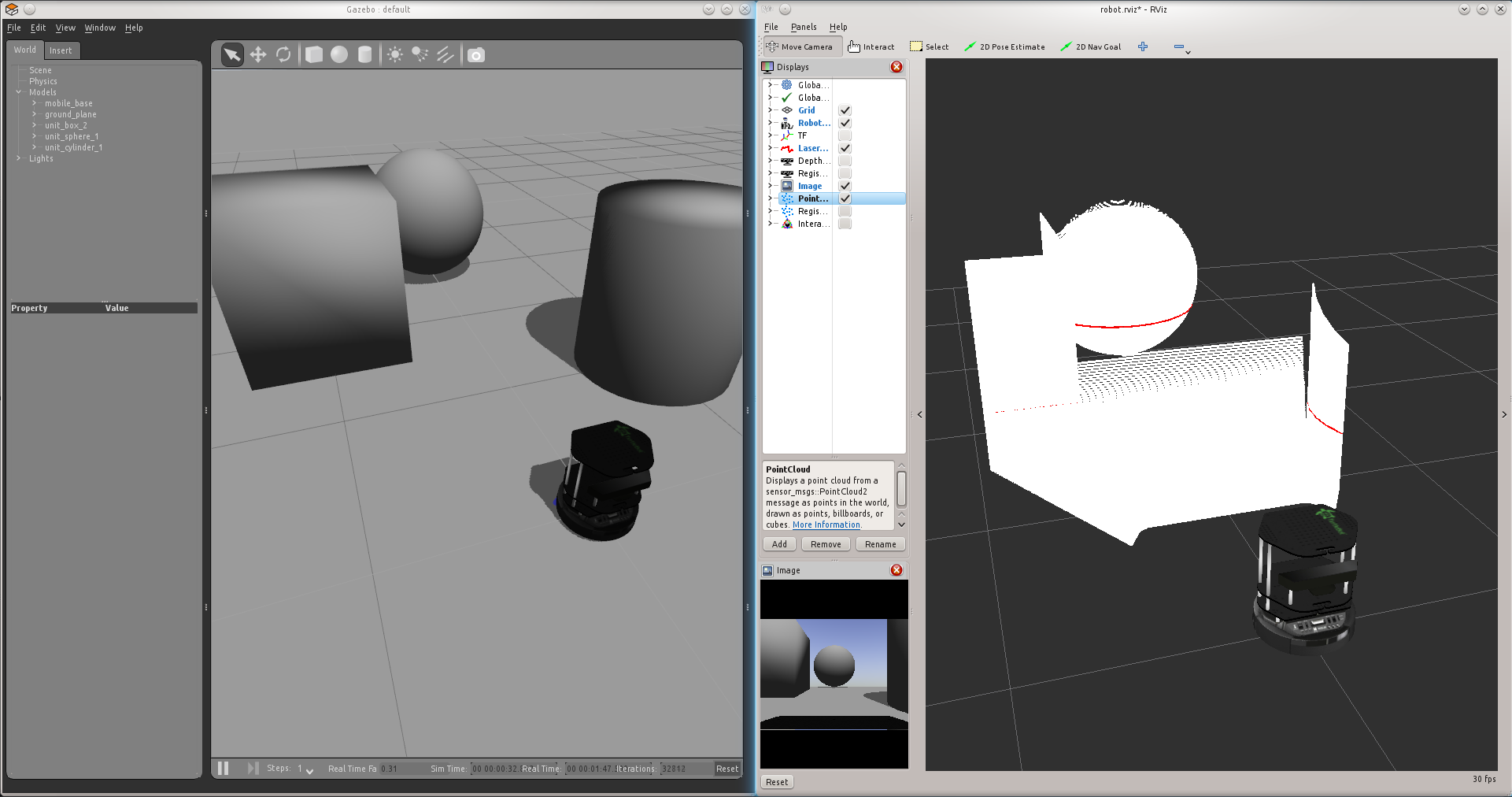 * If your terminals are not already pre-configured with the ROS environment variables, you need to set them in each new terminal you open. Just execute the below command *before* you execute any other ROS commands.