Description: This tutorial explains how to calibrate a camera using the experimantal camera shipped with visp_camera_calibration. You don't need to own any external camera nor do you need a pattern. It is a good first step towards using the package.

Next Tutorial: Calibration of an external camera using the ViSP library

Start by getting the dependencies and compiling the package.

This tutorial demonstrates how to use the camera simulator to broadcast images of a point-based planar sample grid and calibrate the camera accordingly. There are four example images shipped with this package. They are located in launch/images.

You need to launch the following node combination:

All this has already been written into the roslaunch file located in vision_visp/visp_camera_calibration/launch/lagadic_grid.launch. You only need to launch: 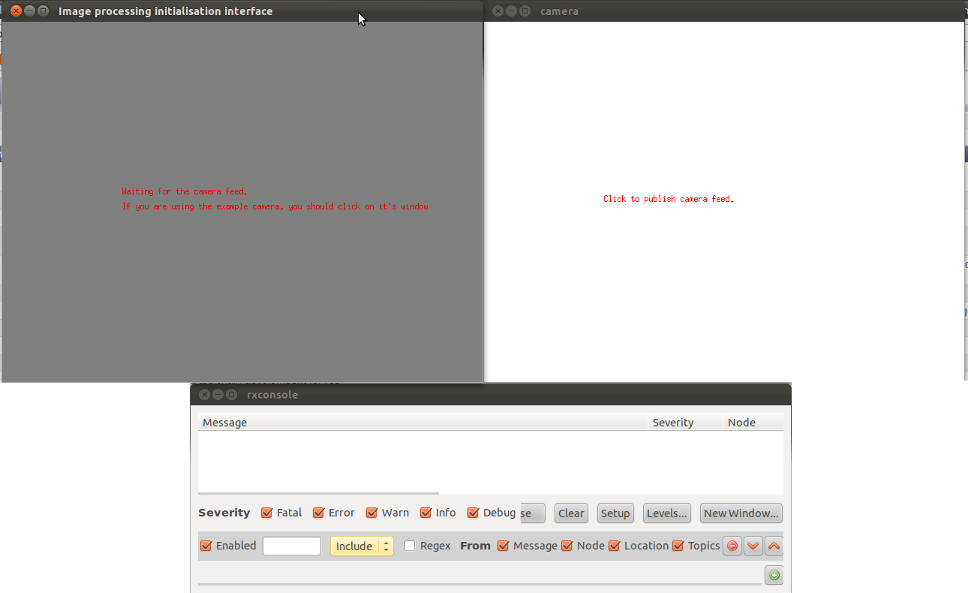 In the rxconsole, you will see instructions about how to proceed and information about the calibration process. Some information will also be shown as red text over the images. You may choose to filter the messages by excluding the camera node.

Start by clicking on the camera window. This will start streaming the camera feed from start to end. Chances are the streaming will be finished before you start selecting points. This is perfectly normal, no data is lost and it will be displayed to the image processing interface, image by image.

Once you have clicked on the camera window, you need to select points in the window called "Image processing initialisation interface". 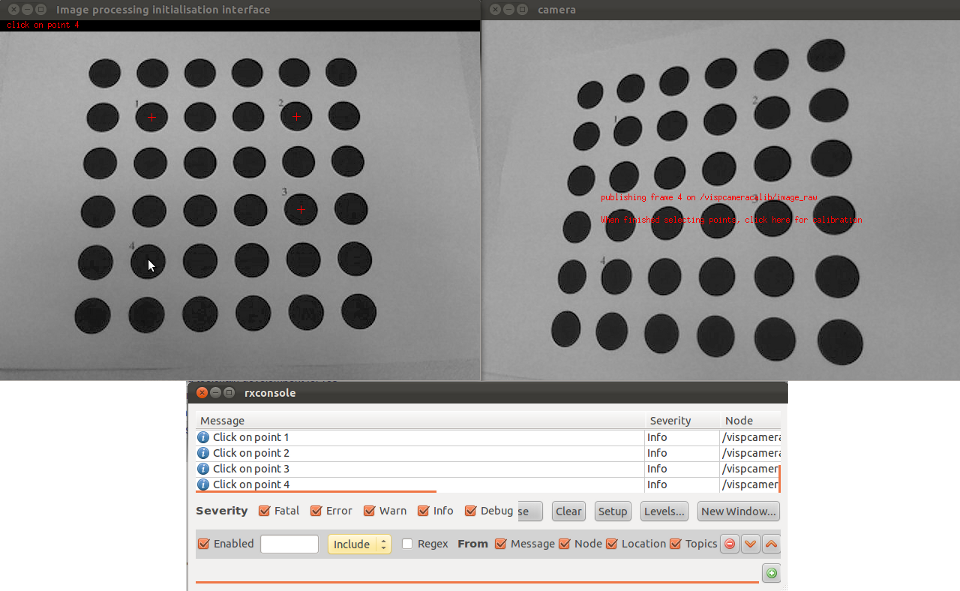 When the four points are selected, the image processing initialisation interface will try to detect the rest of the points. Your grid should look like this: 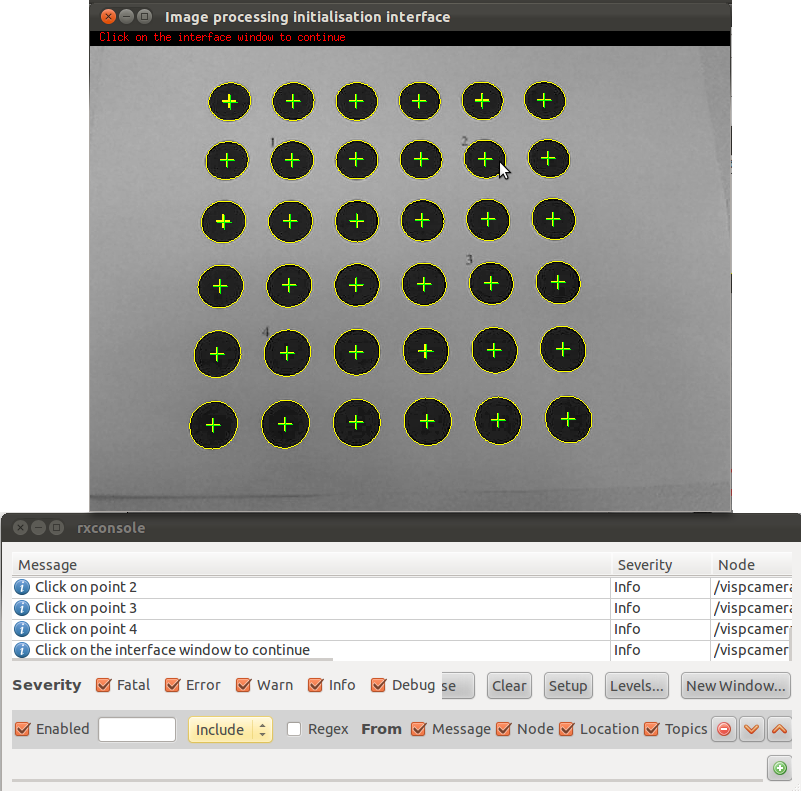 The calibrator node now has enough information to compute the new camera parameters. Click once on the *camera window* to call the camera calibration service. You should also make sure the camera node is enabled on the console. 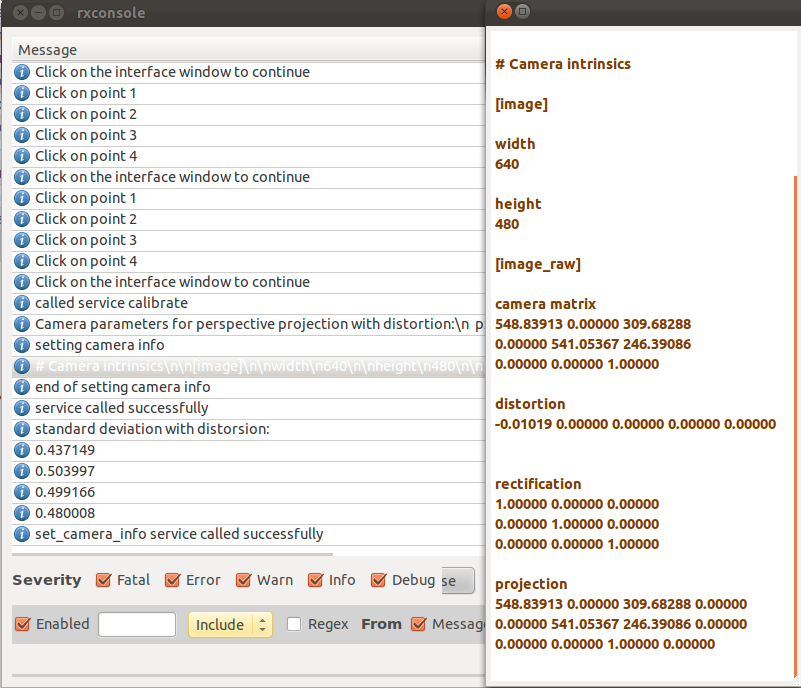 In fact, the calibrator node calls the sensor_msgs/SetCameraInfo service advertised by the camera node. The camera simulator merely logs this output so you can display it in the ROS format.

Let's have a look at the console. The output includes information about standard deviations. These errors may serve as an indicator of your calibration's quality. They should be reasonably low (not more than a few pixels). Otherwise you should think about using more or different image samples.

The node will also write a calibration.ini file (in your $HOME/.ros directory) containing the calibration parameters in the INI format, similiary to the console log:

If you want to change the location of that file, you can set the calibration_path parameter or just run