Use the dashboard to move the robot

The Dashboard is a control panel to control the robot. You can give the robot some basic commands. Just try out some buttons and let the robot move.

A little list for the many shortcuts so you can better understand the Dashboard: 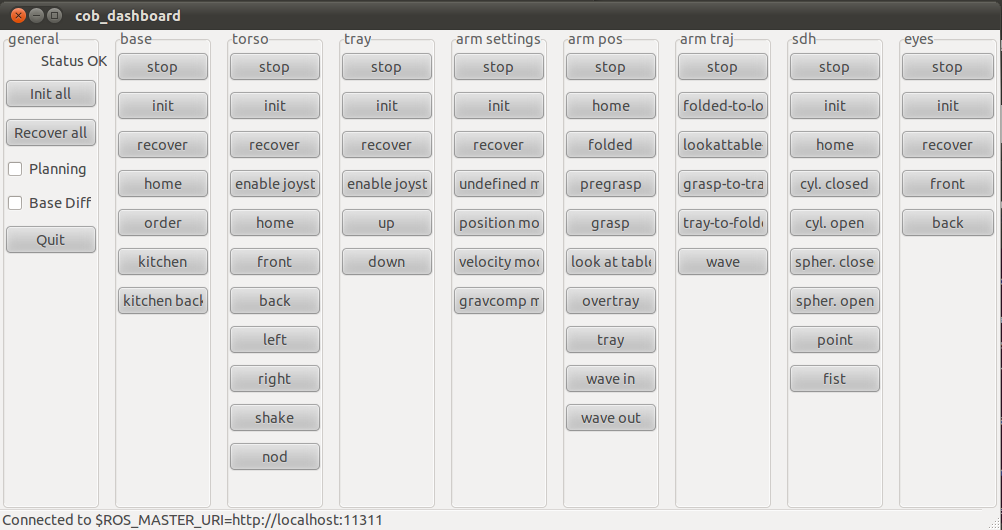