First of all open a console and source the workspace:

To launch the simulation of the TIAGo OMNI Base, execute: 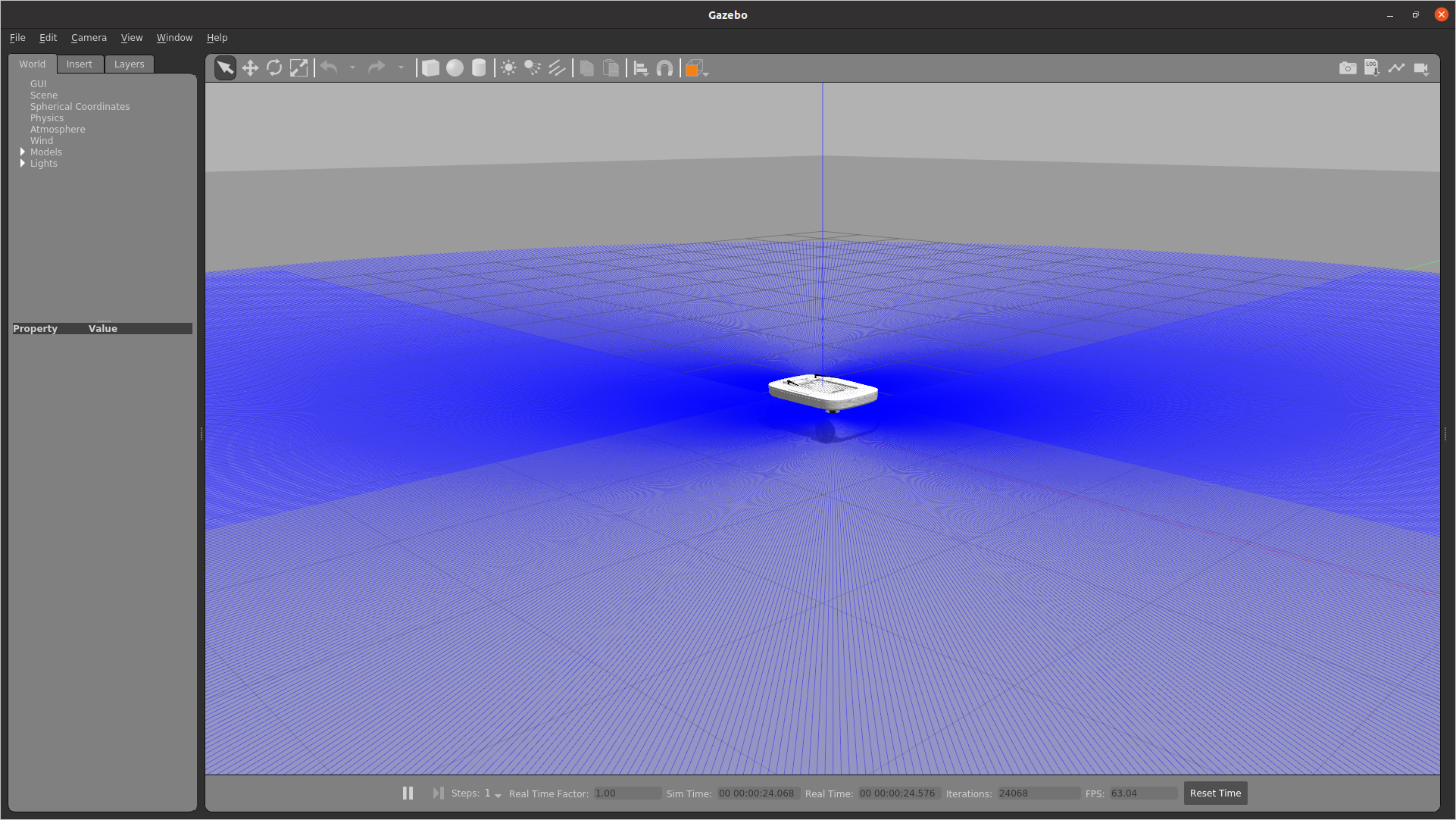 With the simulation of TIAGo OMNI Base we are providing several pre-defined worlds which stress different aspects of navigation systems. You can find a list of these here.

Now let's launch the TIAGo OMNI Base simulation in a corridor as follows:

The simulated TIAGo OMNI Base can provide the laser scan as depicted below: 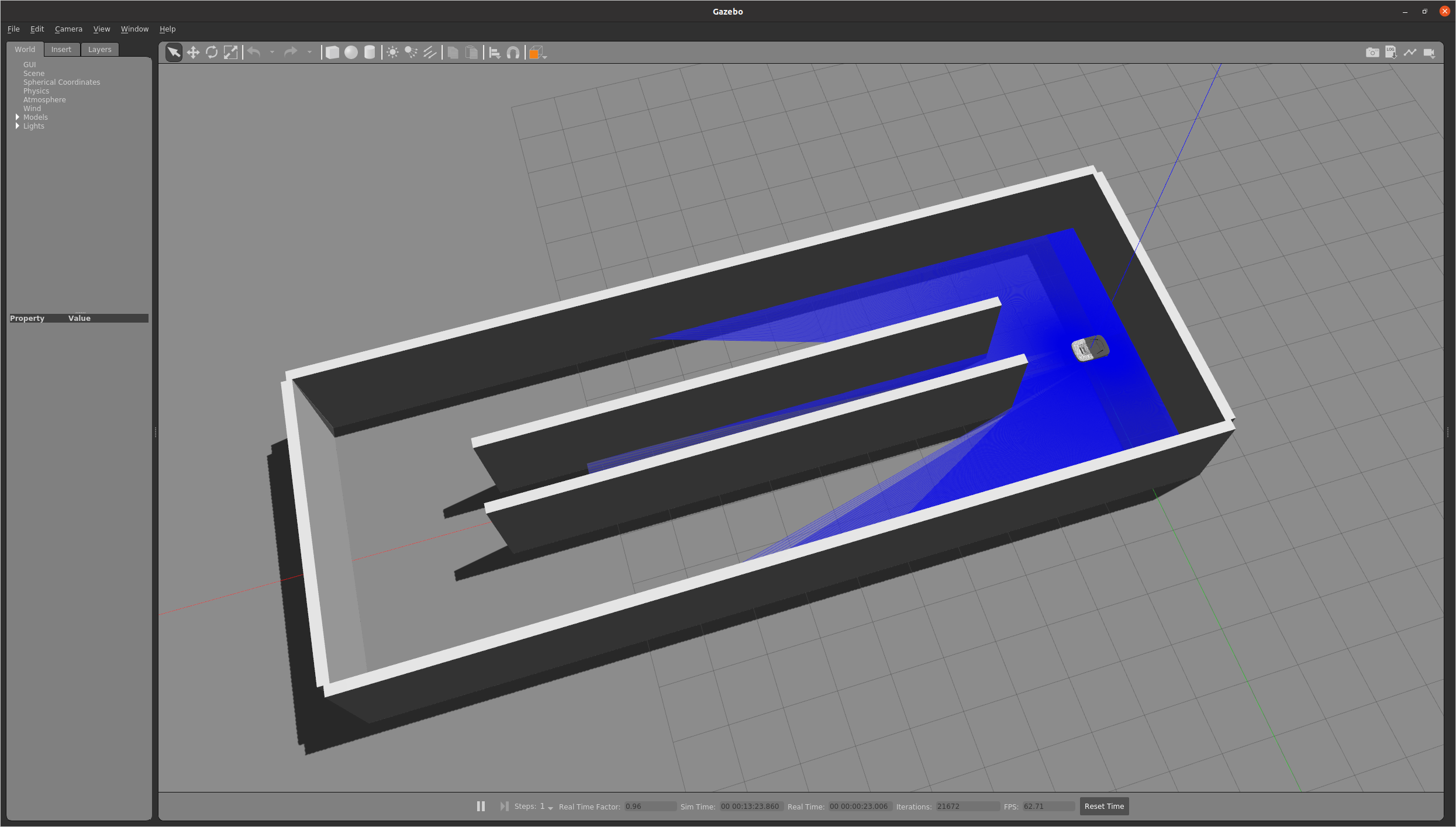 If you manage to launch these two simulations then the installation has been successful.

You will get this error on the output of the launch file:

This is because PAL Robotics developed its own controller for omnidirectional wheel motions: the omni_drive_controller; this internal package is not publicly available but is included in the development computer when the robot is sold. In the public simulation of Gazebo the wheels are not moving but with the package installed it is looking like this:

The core of the TIAGo OMNI Base is the control logic of the motion of the wheels that has been entirely developed in PAL Robotics and is fully integrated with the ros_control package. Such a controller not only allows to rotate separately all the wheels of the robot but also implements the kinematic models of an omnidirectional locomotion system on mecanum wheels and converts velocity commands given to the base through a joystick or through autonomous navigation, into a coordinate movement of the wheels that performs the required movement of the base.

Apart from this kinematic model, also an odometry model has been developed in order to localize the robot and convert the feedback coming from the wheels encoders into the relative position of the base

If you are facing this issue on a laptop, run  nvdia-settings  and go in the PRIME Profiles section

Restart the laptop and it should work