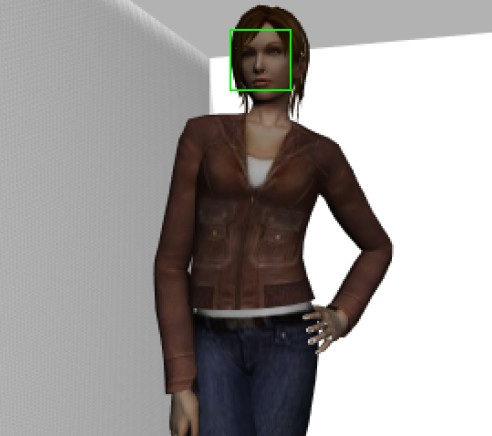 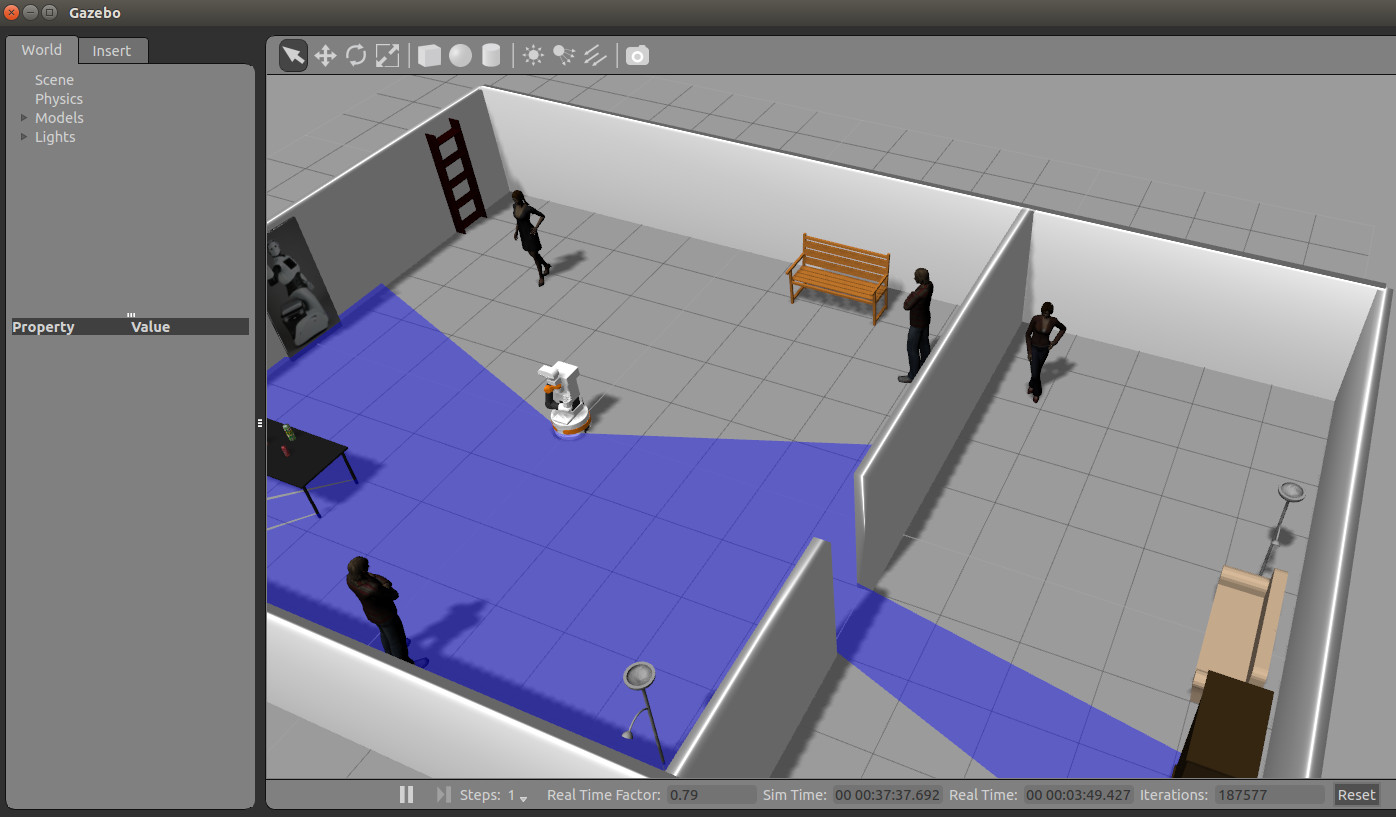 Then, using the arrow keys of the keyboard we can make TIAGo move around the simulated world and approach the different persons.

And choose /pal_face/debug in the scrolling menu 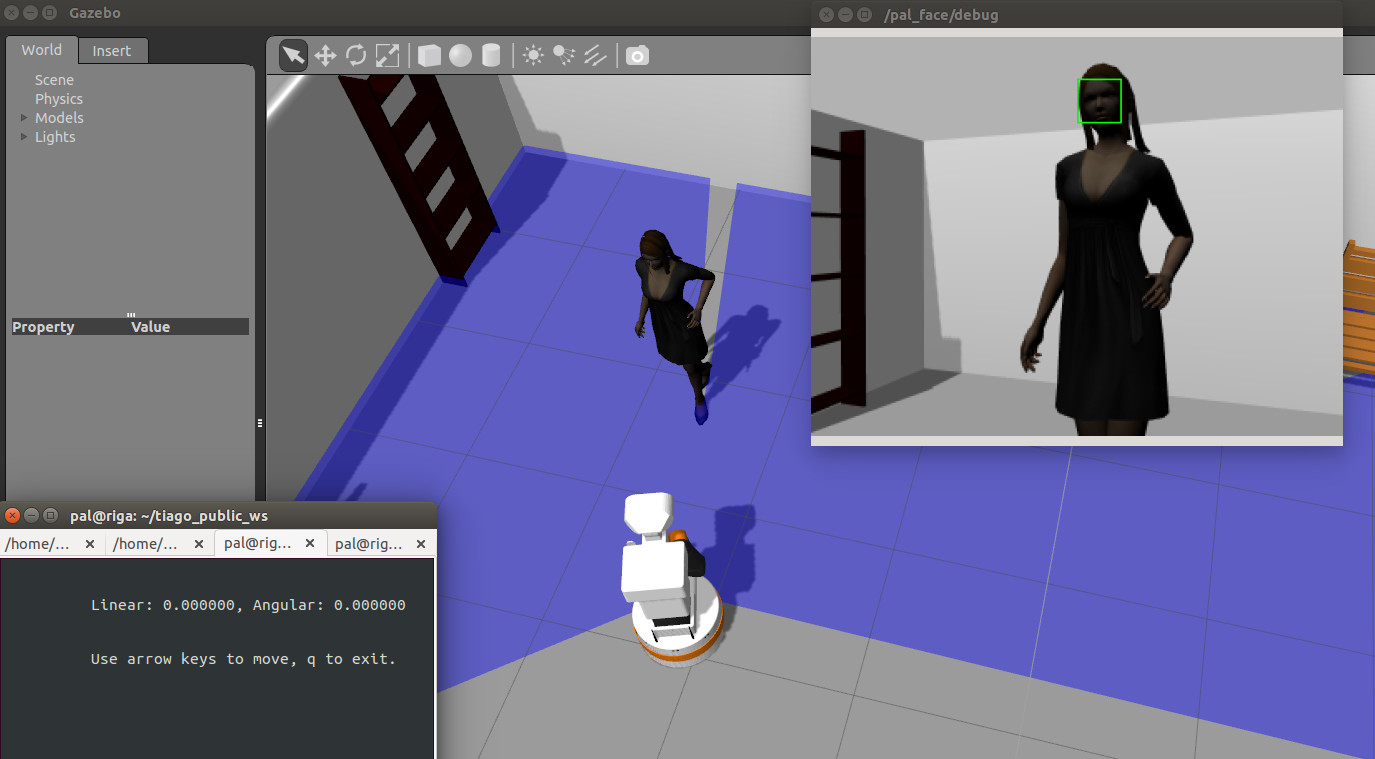