Getting started with the K79 imaging radar

Description: Guide for setup and initial testing of K79 with ROS

Next Tutorial: Configuring and updating firmware for K79

First, follow official ROS installation guide for your linux distribution - each version of Ubuntu has a recommended version of ROS, choose from the options below. Using ROS on Windows is possible as of this writing, but not recommended or supported; please use a linux (preferably Ubuntu) machine instead. It should be possible to run Ubuntu in a Virtual Machine (VM) from Windows, or dual-boot Ubuntu alongside Windows.

First, power on and connect the radar according to the following: 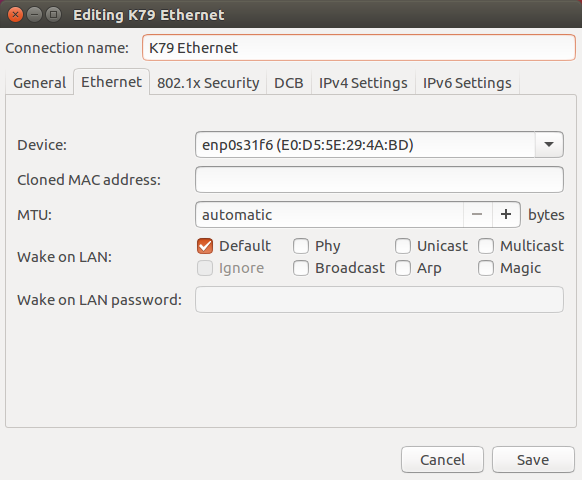 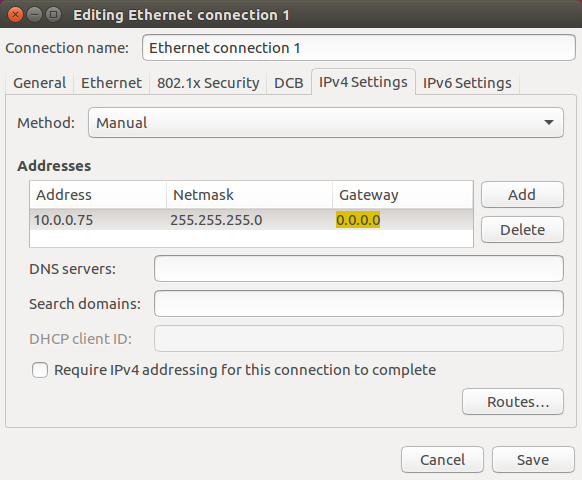 where MELODIC should be changed if you have a different ROS version installed. This may prompt you to agree to install dependencies.

In case you run into rosdep errors, these are the packages which need to be installed with apt as of this writing:

Now, you can build all the packages (including the new one) by first re-sourcing the environment setup script and using the catkin_tools package to build:

Once the radar responds to ping commands, you can attempt to run the K79 ROS node. This is most easily done via an accompanying launch file in ainstein_radar_drivers; see below: 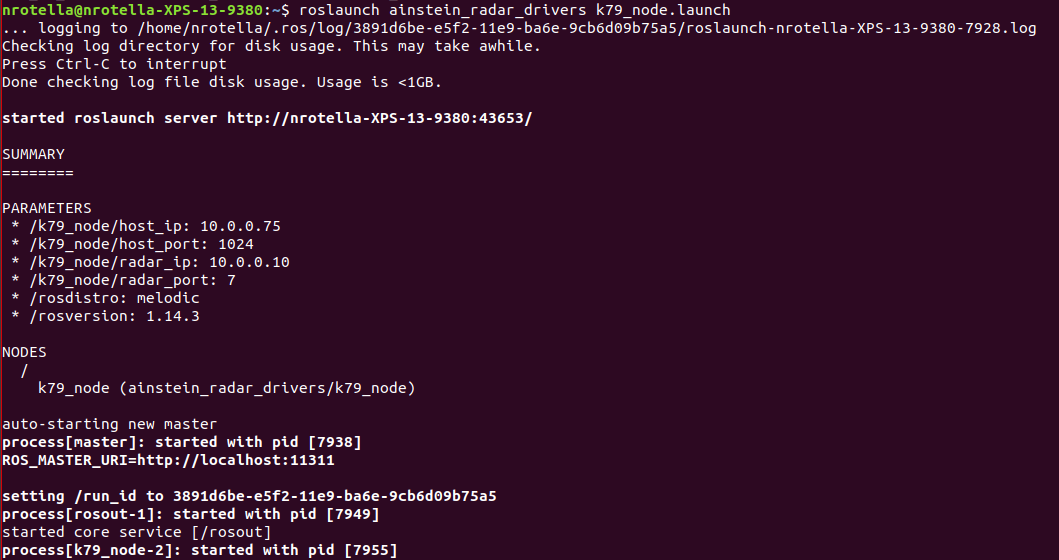 Once the node is running, you should be able to see data streaming with rostopic echo as below: 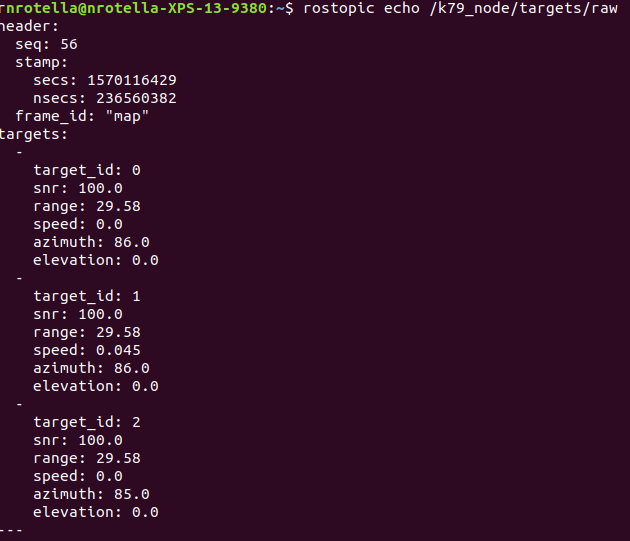 The coordinate frame of the K79 (and other Ainstein radars) is defined as follows:

See the diagram below for clarification: 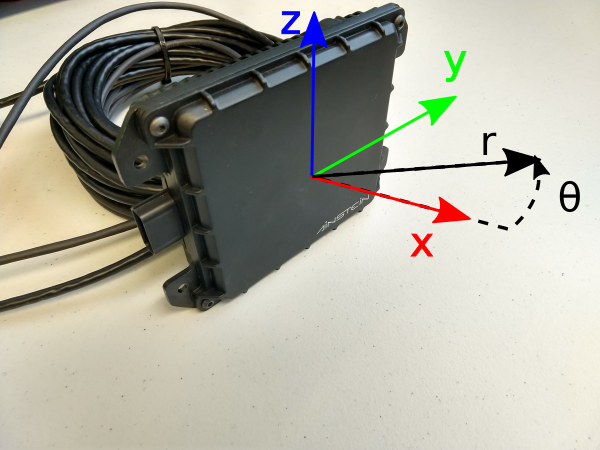 Click the Add button at the bottom of the Displays panel (on the left by default). In the window that opens, select to add a display "By topic" as shown below: 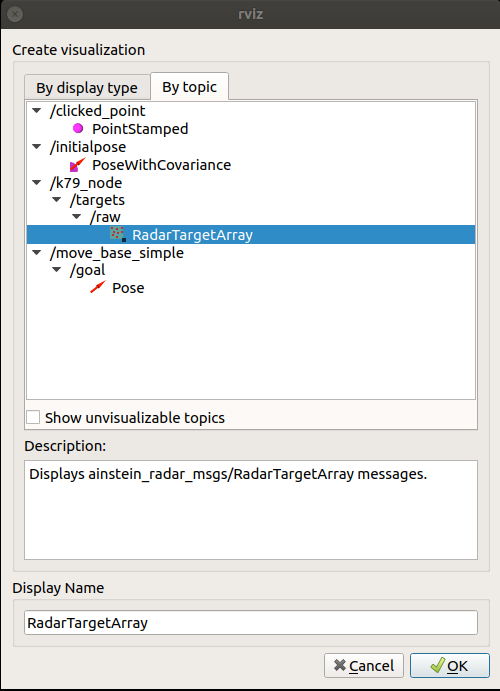 You should now see a new display for the RadarTargetArray message type in the Displays panel on the left, and red markers indicating radar detections (targets) similar to below: 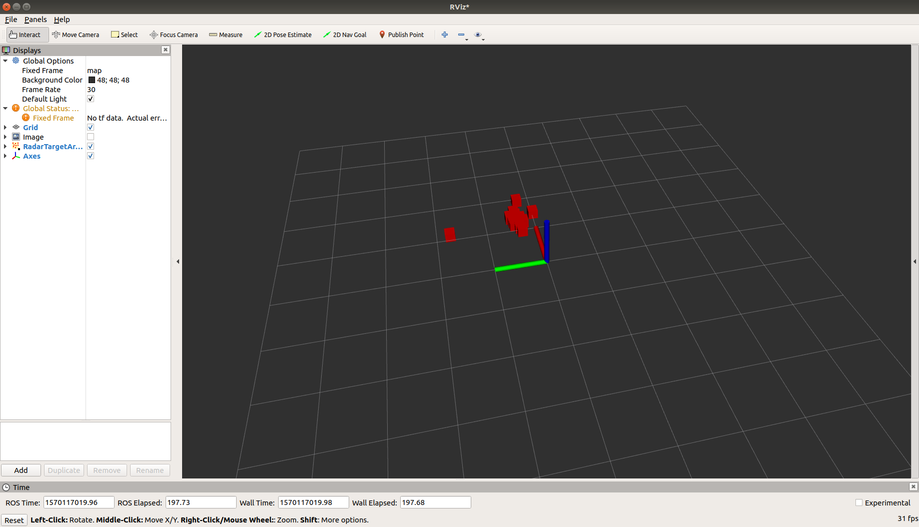