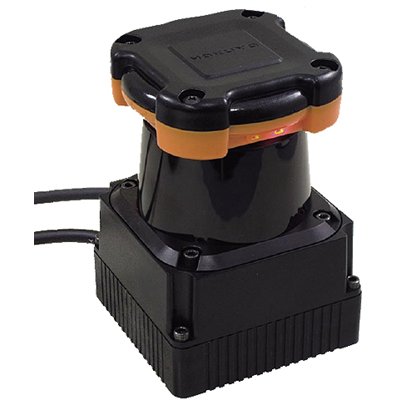 For newer ROS distro than Indigo

Check it out at: http://ros.org/wiki/urg_node

This driver should work with any SCIP 2.0-compliant laser range-finders.

The ROS API of this driver should be considered stable.

The UTM-30LX laser can report corrupt data and even crash if settings with an excessive data rate are requested. The following settings are known to work:

On the UTM-30LX, unless the ~allow_unsafe_settings option is selected, the hokuyo_node will limit the angular range to values that are known to work. The angular range limit depends on the firmware version, and is proportional to the cluster parameter.

hokuyo_node is a driver for SCIP 2.0 compliant Hokuyo laser range-finders. This driver was designed primarily for the Hokuyo UTM-30LX, also known as the Hokuyo Top-URG. The driver has been extended to support some SCIP1.0 compliant range-finders such as the URG-04LX. Hokuyo scans are taken in a counter-clockwise direction. Angles are measured counter clockwise with 0 pointing directly forward.

Some parameter settings can cause problems, usually due to speed limitations of the laser's serial interface. For example:

The getID and getFirmwareVersion programs can be used to get information about a hokuyo laser scanner. Each of them can be invoked in a human readable way:

or in a script friendly way:

If they fail to connect to the device they will retry for about ten seconds before giving up.

The getID program can be used to get the hardware ID of a Hokuyo device given its port. Combined with udev, this allows a consistent device name to be given to each device, even if the order in which they are plugged in varies. The following udev rule should work universally on any ROS system:

This udev rule sets up a device name that is based on the Hokuyo's hardware ID. The PR2 then has a symlink to that name that gets changed if the Hokuyo is replaced: