Users are highly discouraged from using the documentation and tutorials for Gazebo on this page. Gazebo is now a stand alone project at gazebosim.org. See documentation there, thanks! 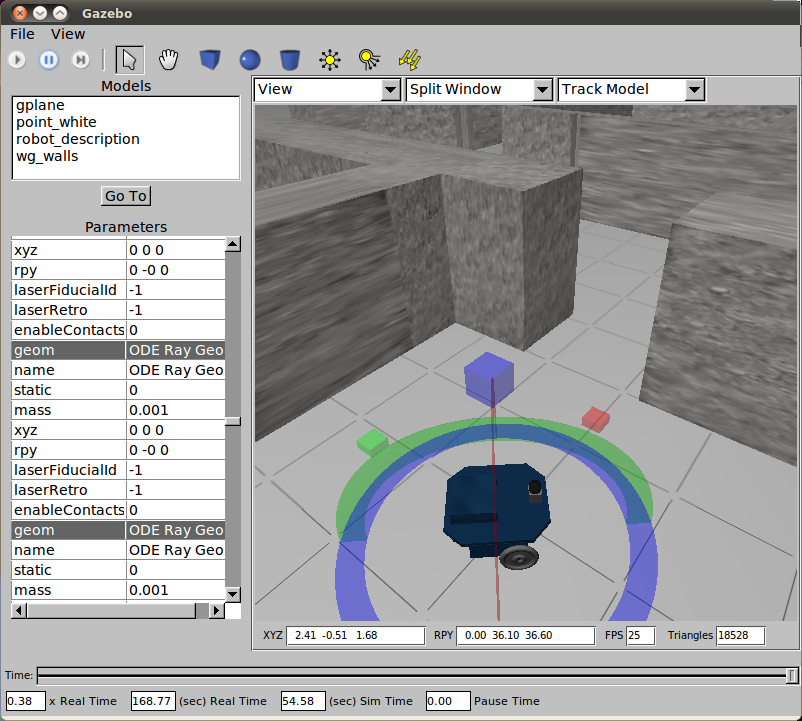 Install erratic_robot stack first if it's not already installed:

To test if everything was installed correctly we will run Gazebo simulator with an empty map and spawn an Erratic robot by running the following command:

To actually drive the robot we need to launch a keyboard teleoperation node in another terminal:

Make sure this terminal window has focus so that keyboard commands are properly captured by the teleoperation node.