In this page there's a list of tutorial to start using the Agvs robot.

3. Launch pad to control the robot with a ps3 joystick

Building a map of Willow Garage 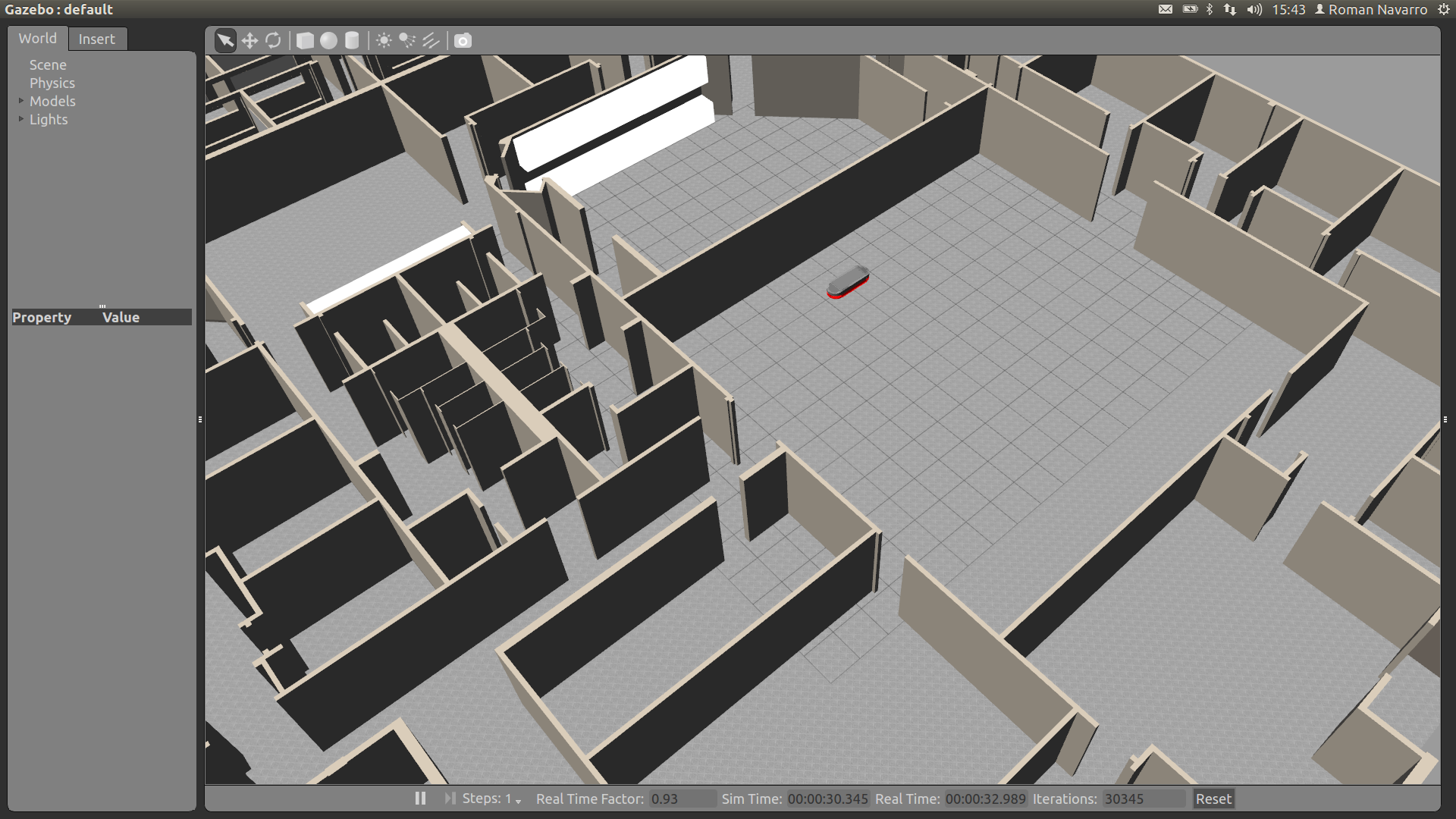 3. Launch pad to control the robot with a ps3 joystick

4. Launch gmapping to create the map

5. Move around and create the map. You can use rviz to see how the map is being created. 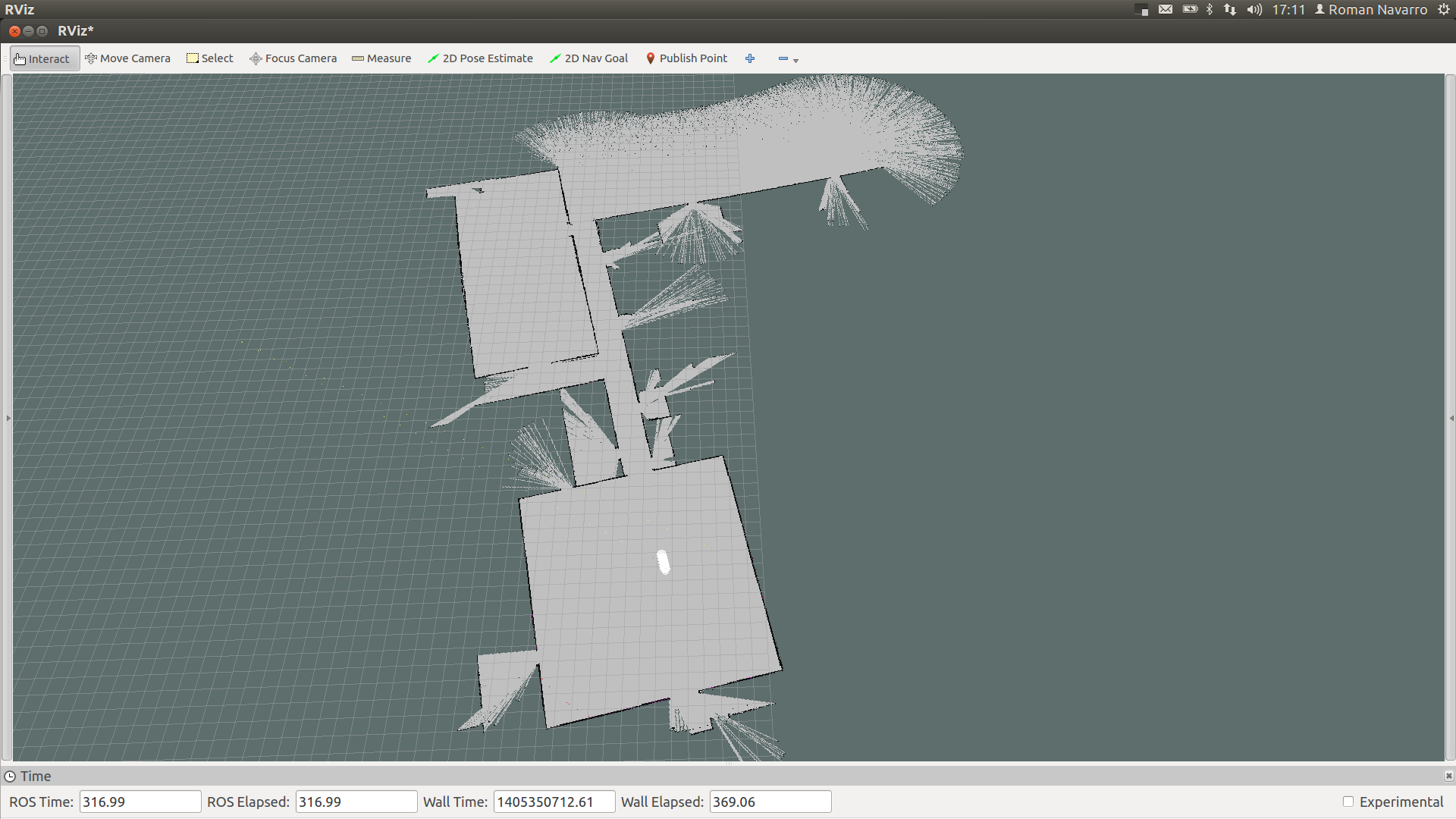 It is possible to move the robot through a path by using the package purepursuit_planner. First of all, we'll need to load a map.

2. Launch amcl to have a pose estimation in the map 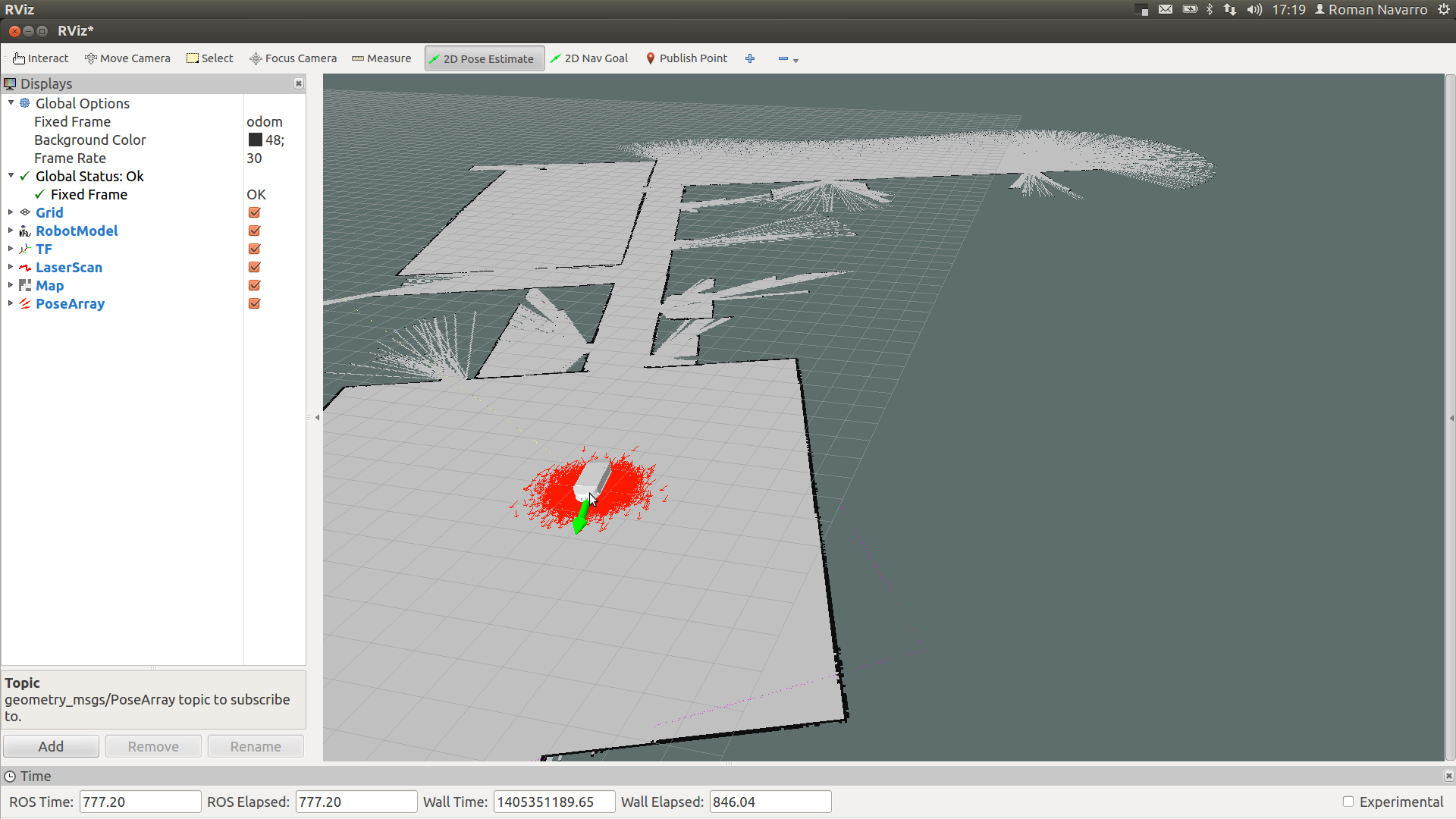 3. Launch the planner to move the robot following the desired path

4. Launch an interactive marker to set the path in the map 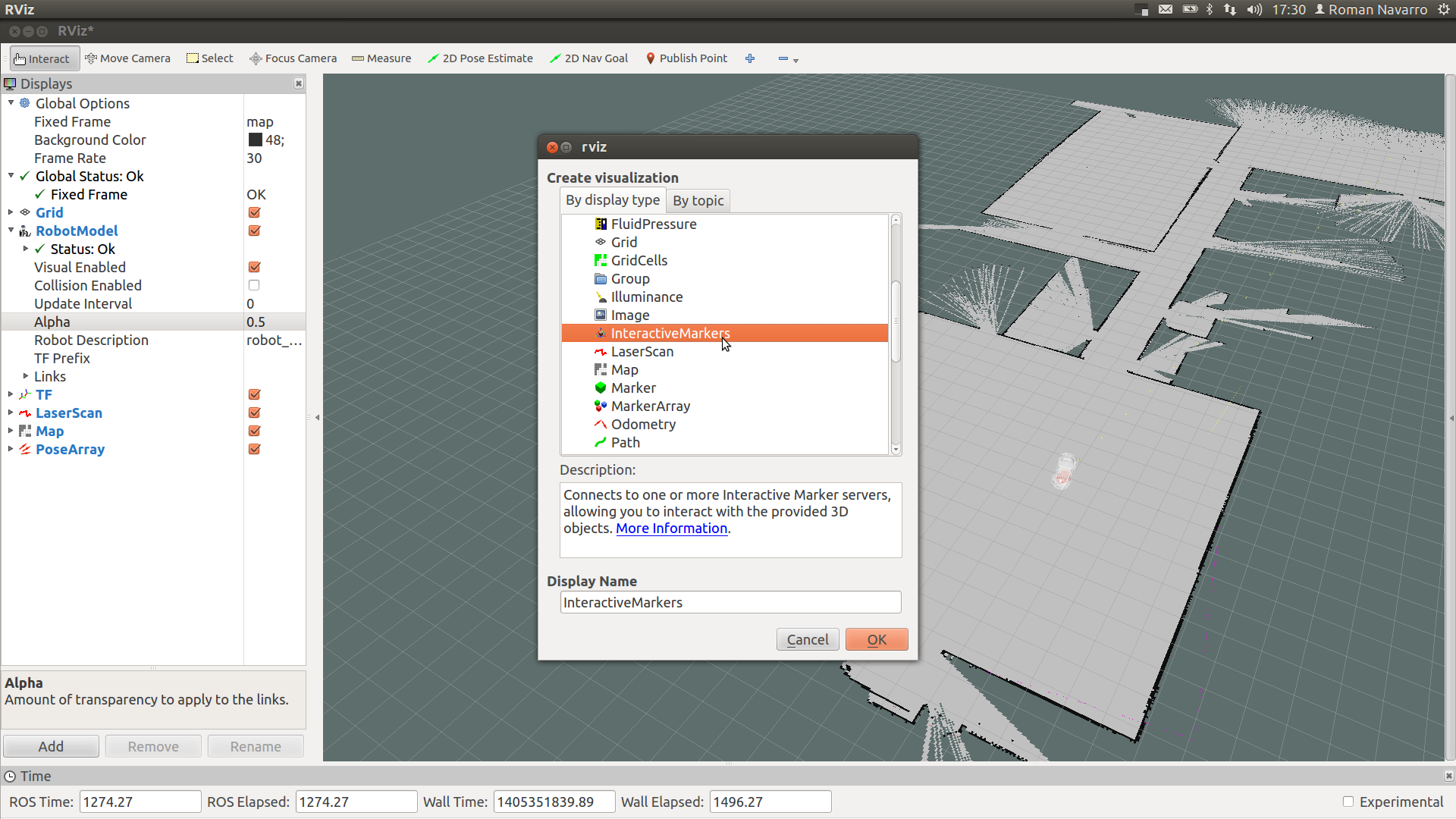 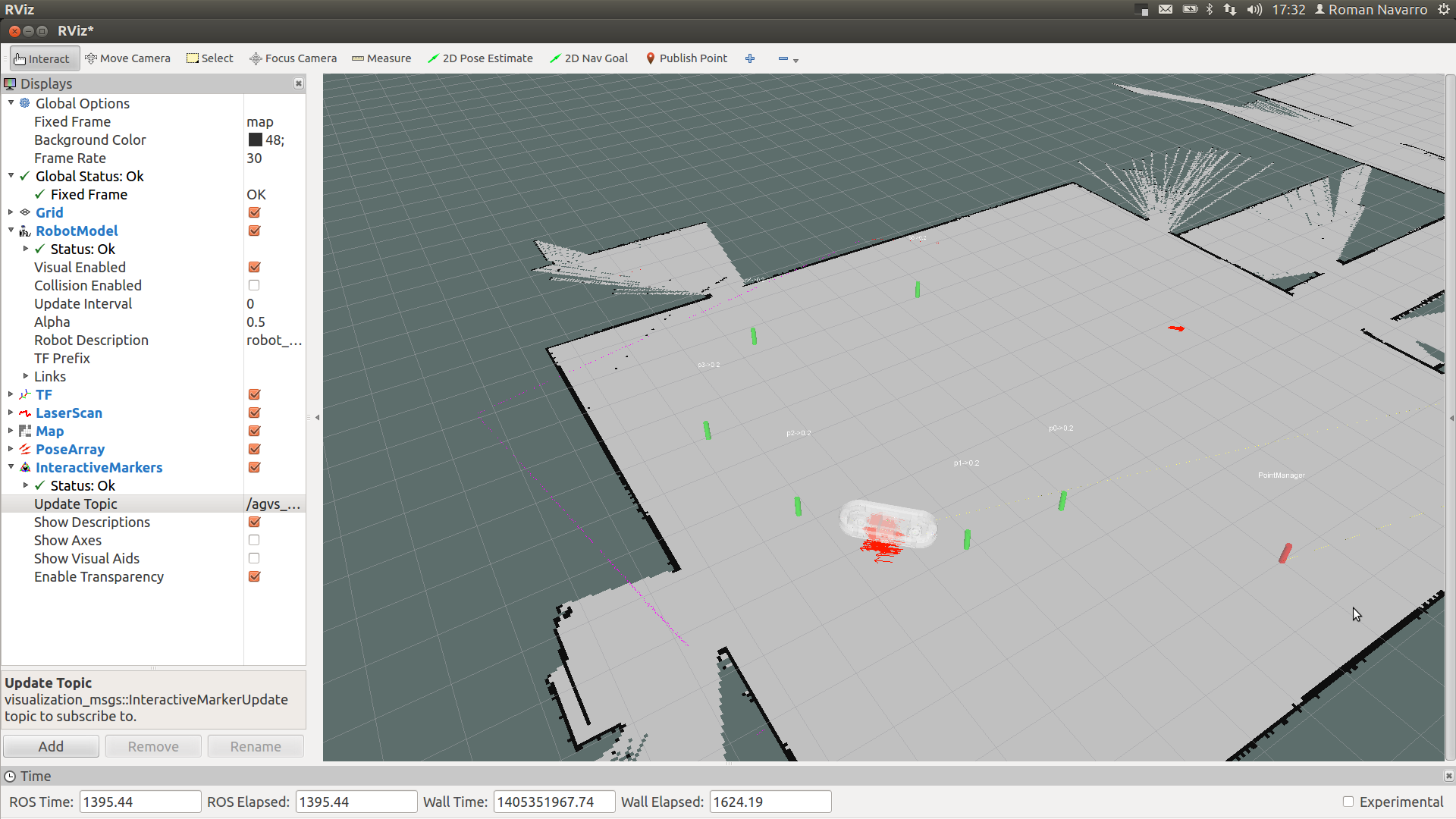 3. Start the roscore (before starting V-REP)

5. Load the requested scene or import the robot model. 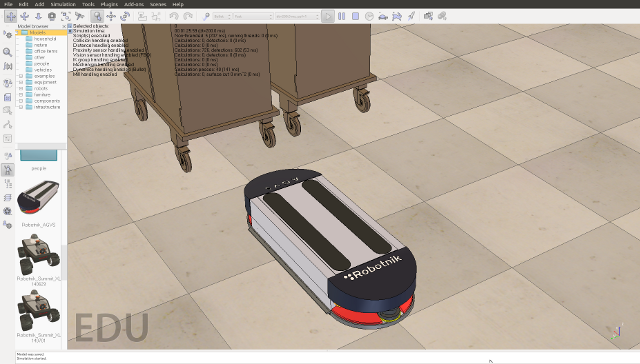 6. Press play in V-REP to start simulation Note that in order to allow the agvs_robot_control node to perform an accurate estimation of the odometry, the RT mode in V-REP has to be selected. Otherwise the robot motion won't match the motion published in the joint_states.