Description: This tutorial gives an overview of the necessary steps and parameters of the training of objects which can be used by the asr_descriptor_surface_based_recognition package.

To be able to train a new object you need at least two files:

For easier training it is recommended to rotate the object so that it is aligned to the principal axes of the frame it is relative to (main orientation in x-direction).

Copy those files to the /trainer_data/input folder which is located in the asr_descriptor_surface_based_recognition package. In addition to the files above you can add a set of views of the object (saved as .png or .jpeg images) which can be used during training. Those are optional though as those views are usually created by using the live input of a camera during training.

If you want to use live images instead of a set of prerecorded ones make sure to connect the camera setup you will use in the recognition phase later (only the RGB-camera, the depth sensor is not needed during training). It is recommended to use the same setup in both the training and recognition phase to get optimal results.

Once you have provided the files mentioned in the setup above and connected the camera you can start the training application with the following command:

This should open a gui window looking like this:

If you have provided the files correctly, the application should set them as default parameters in this first window. Now you can set the parameters of the 3D recognition based on your scenario (see the image above):

If you are satisfied with your input click next and another window should open: 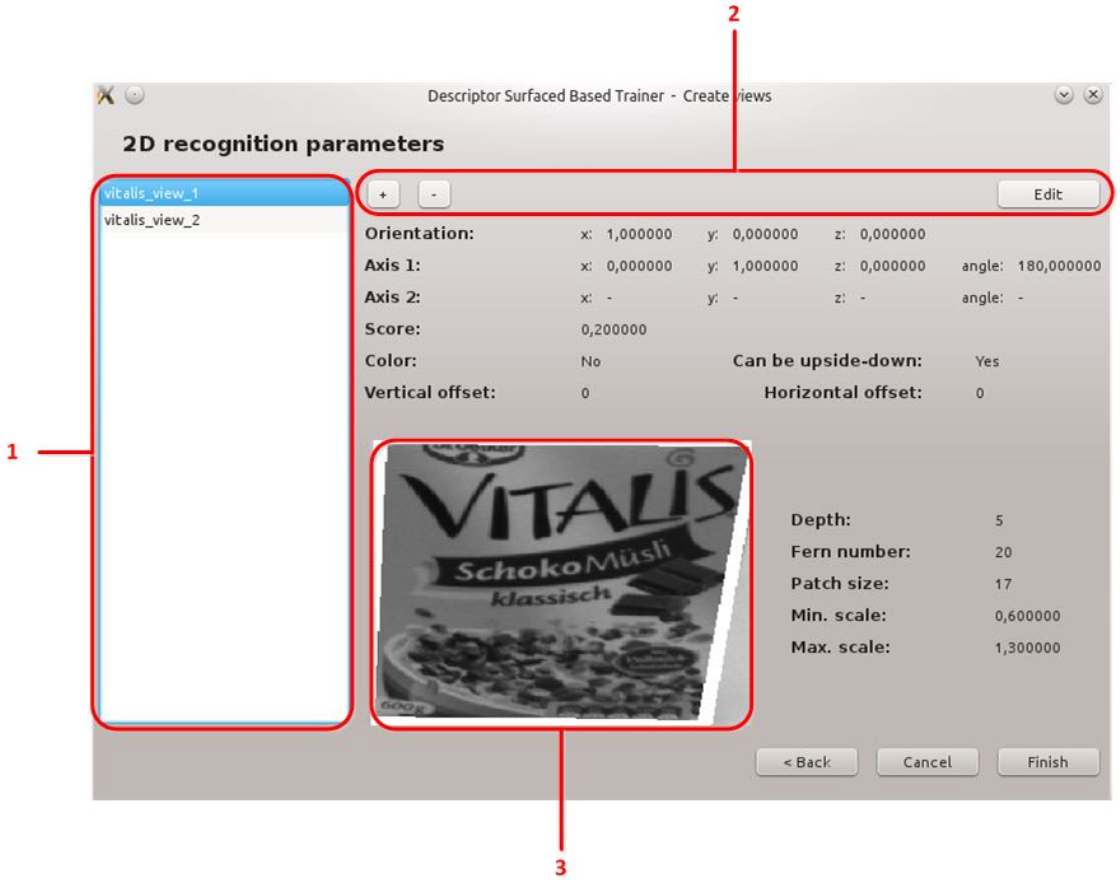 As you will need at least one view click the + button so that the view creation window will open: 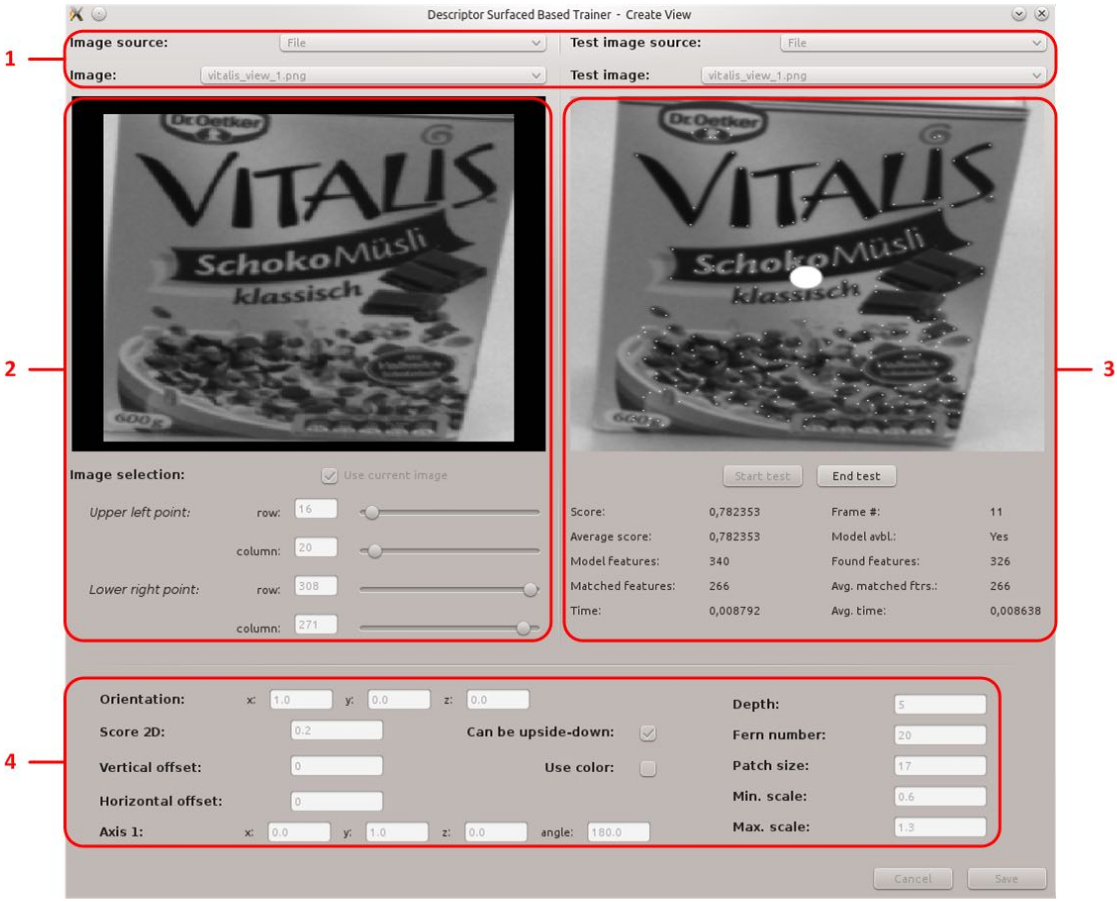 Here you can set a new view for the object and then alter the recognition parameters for this view:

After you have set the parameters correctly and tested them (move the object around during testing and try to create a scenario which is close to your future recognition scenes) click the Save button to end this step. You are back at the 2D recognition parameters window and now you should set the bounding box for the view you have just created. Choose it in the left panel and click the image preview as mentioned above to create a bounding box. You should do those steps over for as many views as you need. Once you are satisfied click the Finish button to end the training. This will create all necessary output files in the accordingly named directory in the trainer_data folder (This might take a while depending on your machine, the amount of views and their parameters). If everything went correctly you should be able to simply copy the created folder with the data inside to the asr_object_database (to the descriptor_surface category) and be able to use it during recognition like the other objects.

There should be a log file in the created folder so you can check if and where errors occurred during the finishing step.