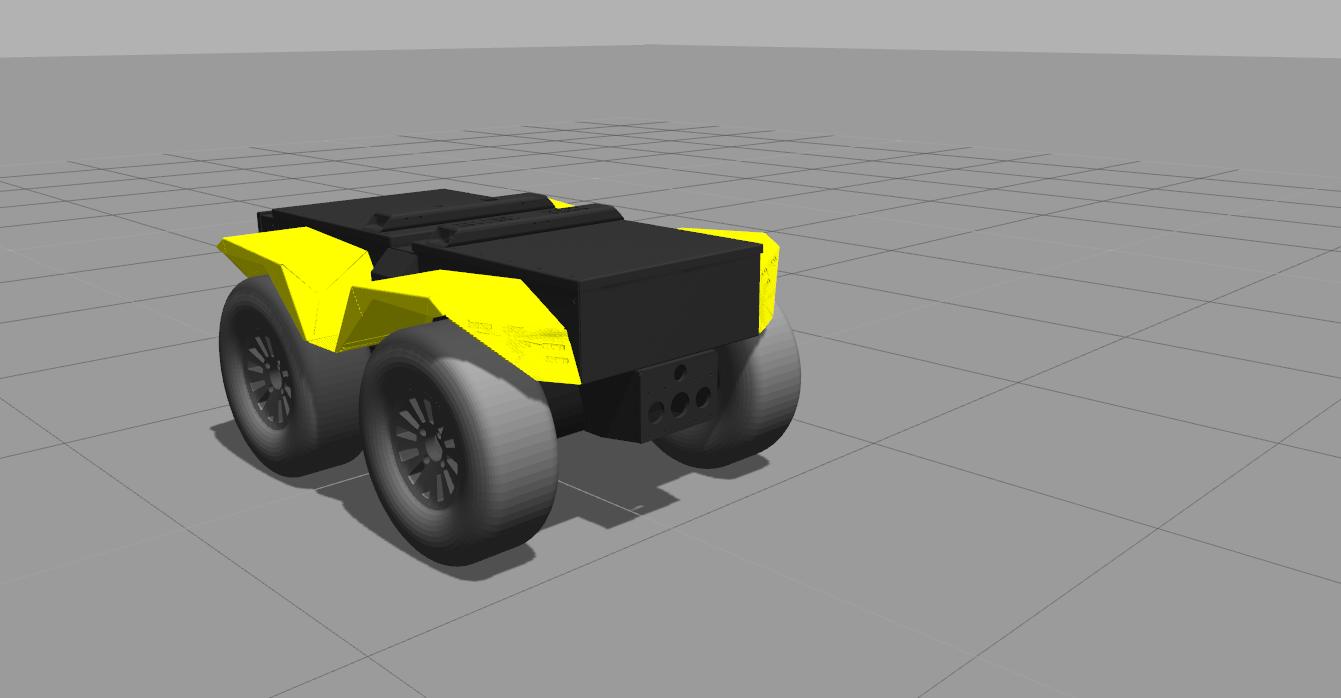 Metapackage for the Grizzly simulator.

The Grizzly simulator is implemented using simulator_gazebo stack. It is a three-dimensional, rigid-body model of the Grizzly with most of the hardware-ROS interfaces found on the actual robot. You can see the source for all Grizzly related software here.

Starting with a basic ROS install, execute the following in a terminal:

Open a terminal window, and enter:

Open another terminal window, and enter:

You can click the Interact button in rviz, and use the interactive markers to give Grizzly some motion commands: 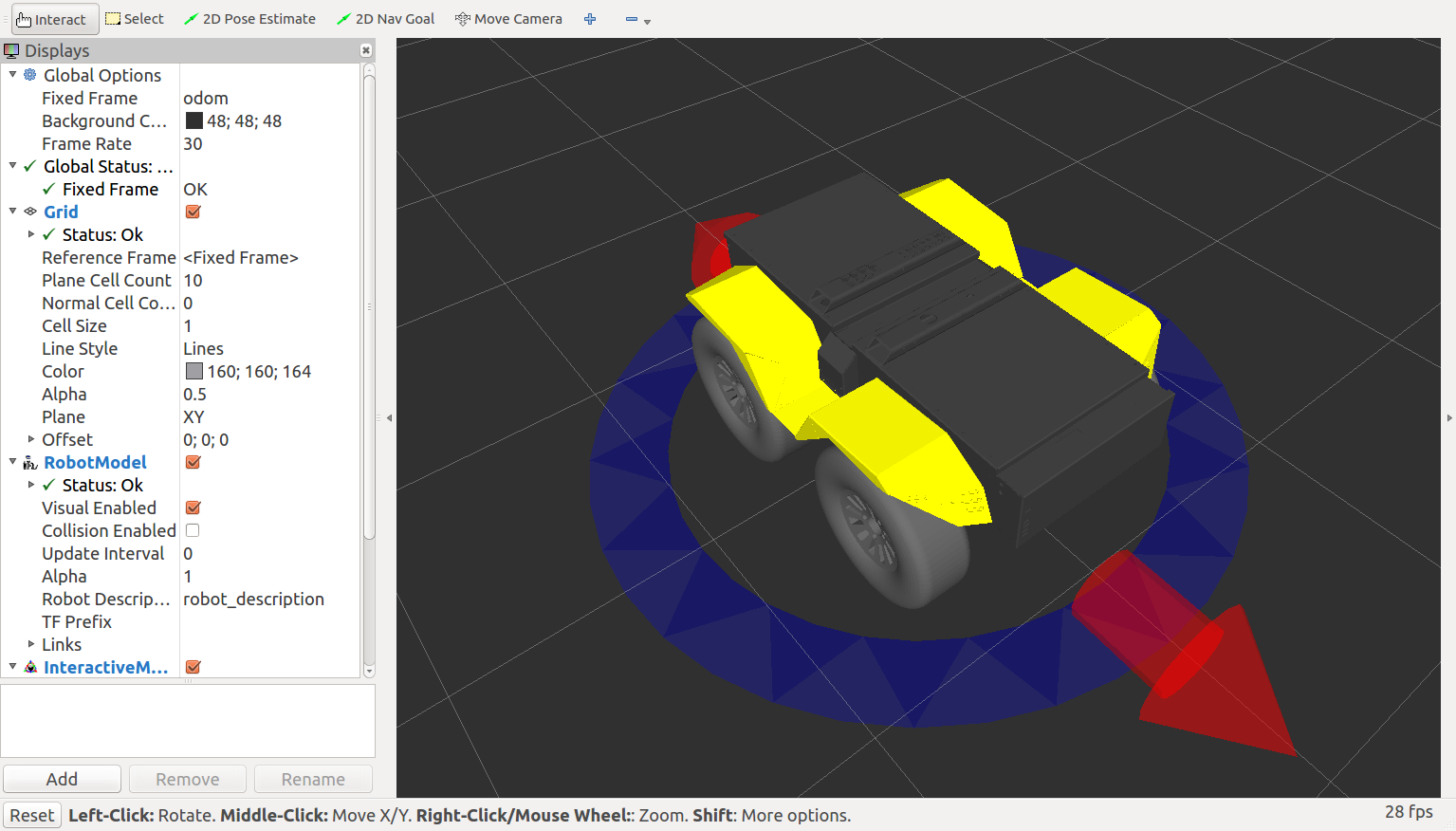 When you do this, note that the difference between what you observe in Gazebo and rviz:

If you'd like to command your simulated Grizzly using raw messages, open a third terminal window, and enter:

In the above command, we publish to the cmd_vel topic, of topic type geometry_msgs/Twist, at a rate of 50Hz. The data we publish tells the simulated Grizzly to go forwards at 0.5m/s, without any rotation. You should see your Grizzly move forwards. In the gazebo window, you might also notice simulated wheel slip, and skidding.

Please flag any found bugs on the github page.