This package implements the next best view estimation for the needs of the mobile 3D semantic mapping. As the mobile robot enters the room, it turns and scans repeatedly to get as much information as possible about its surroundings. Then it estimates the next best view poses and drives to a selected reachable location in the provided 2D map that would increase the coverage of the scans further. It repeats the process until it is deemed that the remaining occlusions are either too small or not scannable by the sensor setup.

In greater detail, to obtain a list of suggested new scanning poses, we make the following steps:

The following figures depict 3D point cloud of a household enviroment at IAS and the estimated surfaces covering unknown volumes after first scan: 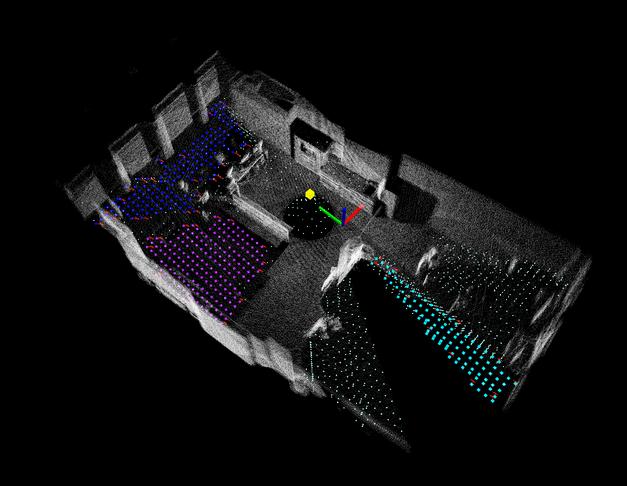 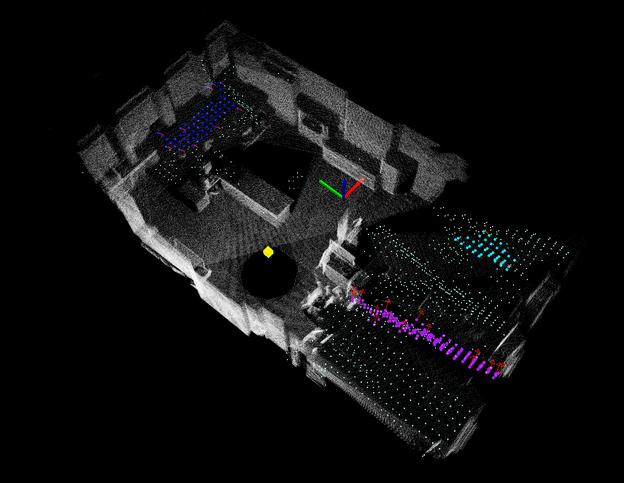 After the third, final scan: 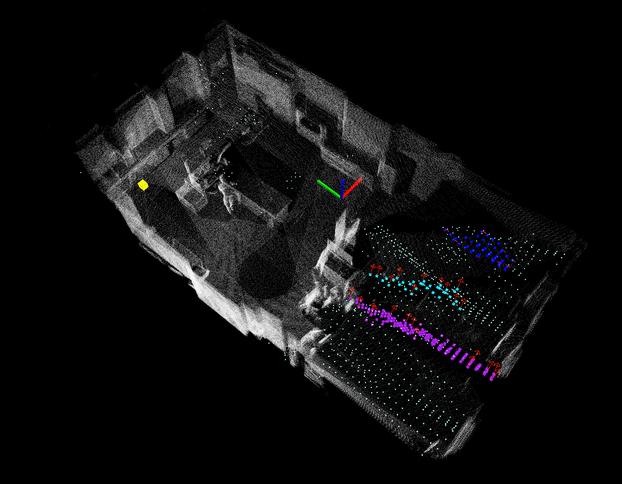 Please see tutorials on the right in order to learn about how to use ODUFinder.