Nowadays, prognostics-aware systems are increasingly used in many systems and it is critical for sustaining autonomy. All engineering systems, especially robots, are not perfect. Absence of failures in a certain time is the perfect system and it is impossible practically. In all engineering works, we must try to predict or minimize/prevent failures in the system. Failures in the systems are generally unknown, so prediction of these failures and reliability of the system is made by prediction process. Reliability analysis is important for the improving the system performance, extending system lifetime, etc. Prognostic and Health Management (PHM) includes reliability, safety, predictive prognostic, fault detection / isolation, advanced diagnosis, component lifecycle tracking, health reporting and information management, etc.

Reliability generally shows how successful a system is in performing its intended function. In order to increase the system performance, intensive studies are carried out on reliability models and analytical tools. It is true that the consequences of unreliability in engineering can be very costly and often tragic. In a changing world, reliability becomes more important to ensure that systems operate with high performance and gain functionality. Reliability engineering is applied in many fields such as defense industry, robotics industry, aerospace industry etc. The current generation of mobile robots have poor reliability. In order to design more reliable robots, we need analytical tools for predicting robot failure.

This study proposes Prognostic and Health Management (PHM) tool infrastructure using a model-based methodology for robotic systems. The main objective of this study is “Development of the General Prognostic and Health Management Tool” for ROS. The scope of this guide is processes and methodologies for conducting hazard rate of equipment, reliability predictions for electronic and mechanical systems. A comprehensive and systematic study of the different reliability models and analytical tools for various systems are also given. Furthermore, reliability, remaining useful life (RUL), and the probability of task completion of the robot (PoTC) are estimated in this tool. In this report, reliability and PoTC of the system is calculated by using hazard rate of the mechanical and electrical components, configuration of the robot (series, parallel, etc.). Results show that system reliability depends on hazard rate of all components in the system, their configurations, usage time and some environmental conditions (temperature, load, humidity, etc.). PoTC is the task completion probability of the robot that depends on the calculated reliability and distance travelled along the task.

NOTE: You can access our article "Prognostic & Health Management (PHM) Tool for Robot Operating System (ROS)" published as dissemination activity of this project from this link.

Basically 2 different operations are performed in the PHM Tool: 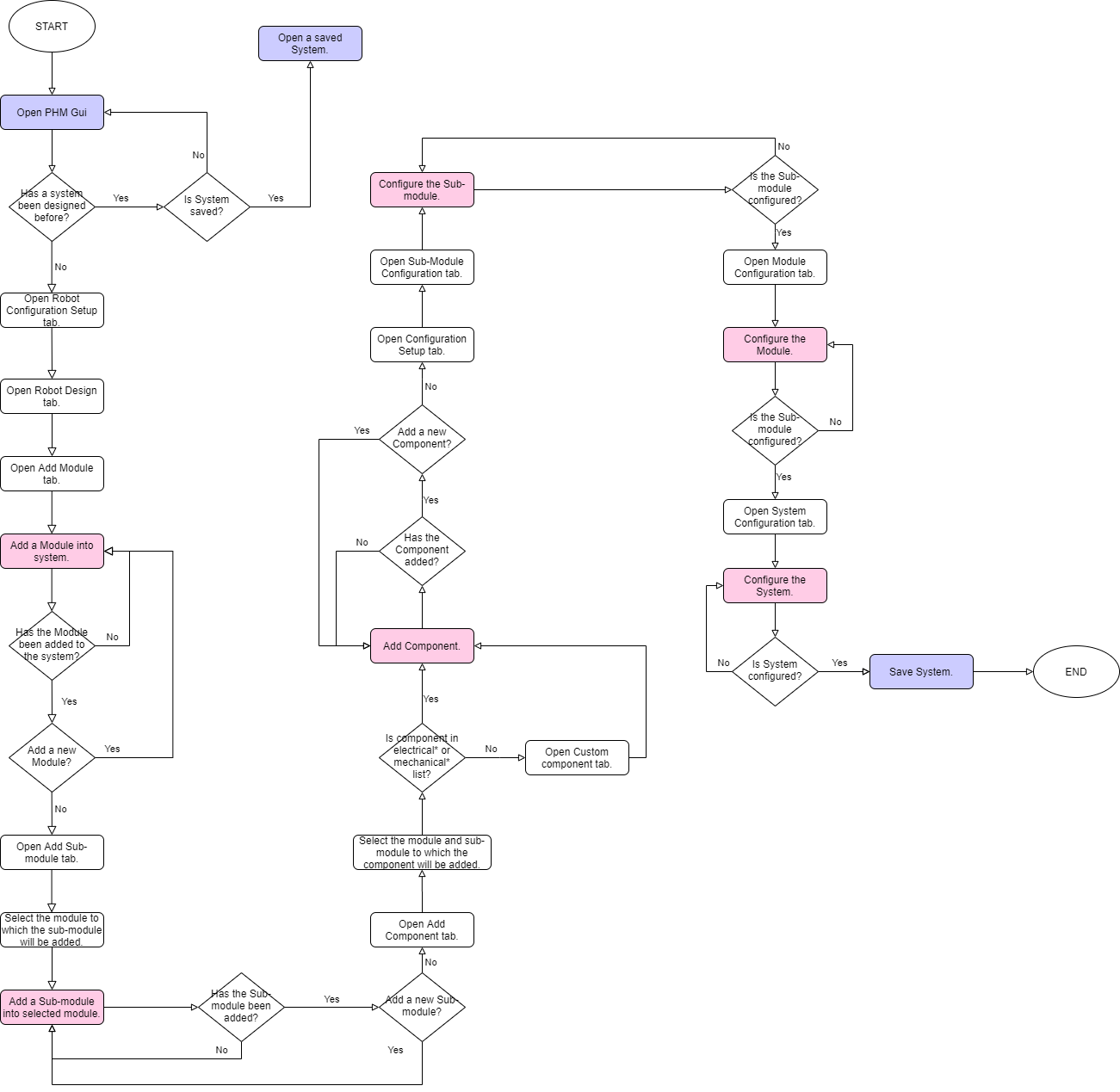 How to Use Prognostics and Health Management Tool?

PHM tool is model-based user interface which the user creates his system using various mechanical and electrical equipments, but can also calculates the reliability, failure rate and probability of task completion (POTC) of the created system. In addition, the PHM Tool offers the user the ability to formulate his own components and add them to the system. PHM Tool can also work with a real robot. Datas from the sensors on the real robot are published via ROS topics. By subscribing to these topics in the PHM Tool, the system's failure rate, reliability and POTC values are calculated together with the data which is obtained from the sensors.

Since the PHM Tool is a model-based tool robot design must be done in tool. Therefore modules, sub-modules and components in the system must be added by user into the tool. Design of the system is done in the “Robot Design” tab of the PHM Tool (Figure 3). 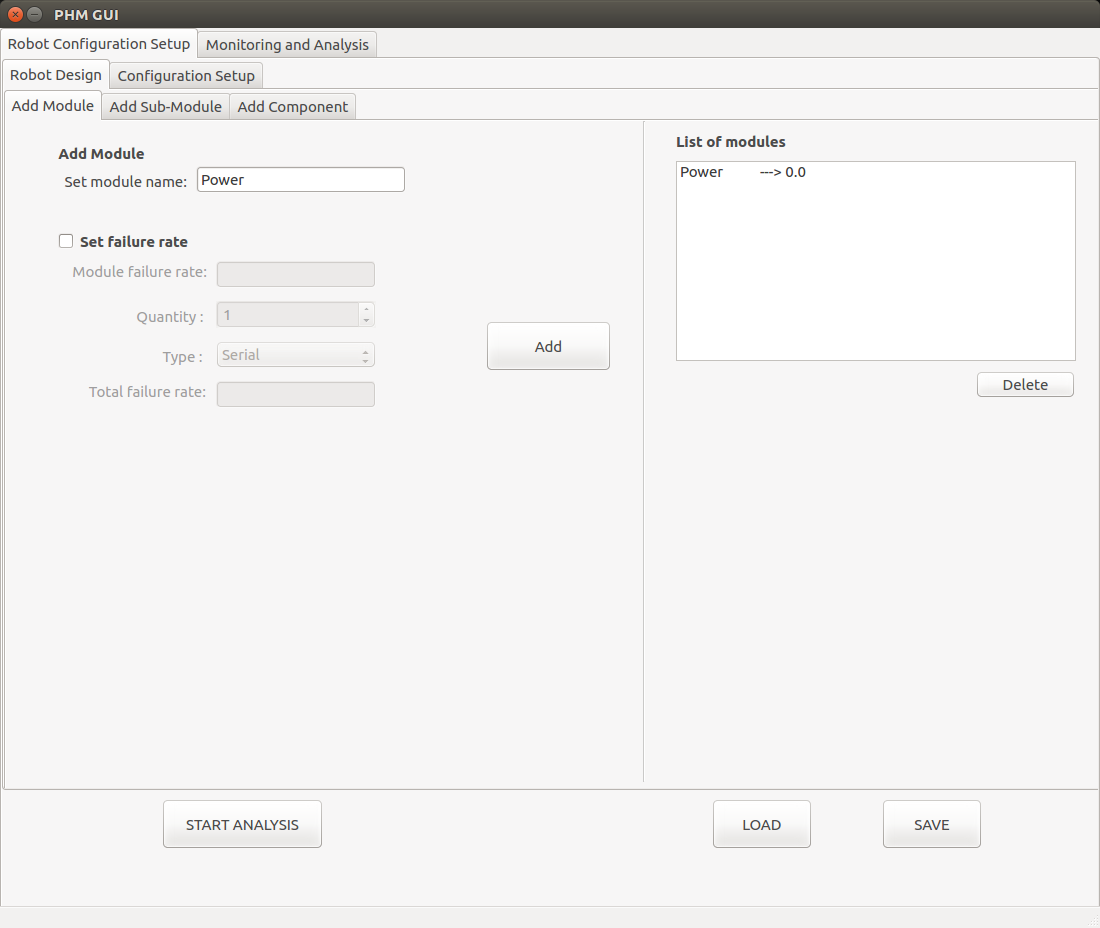 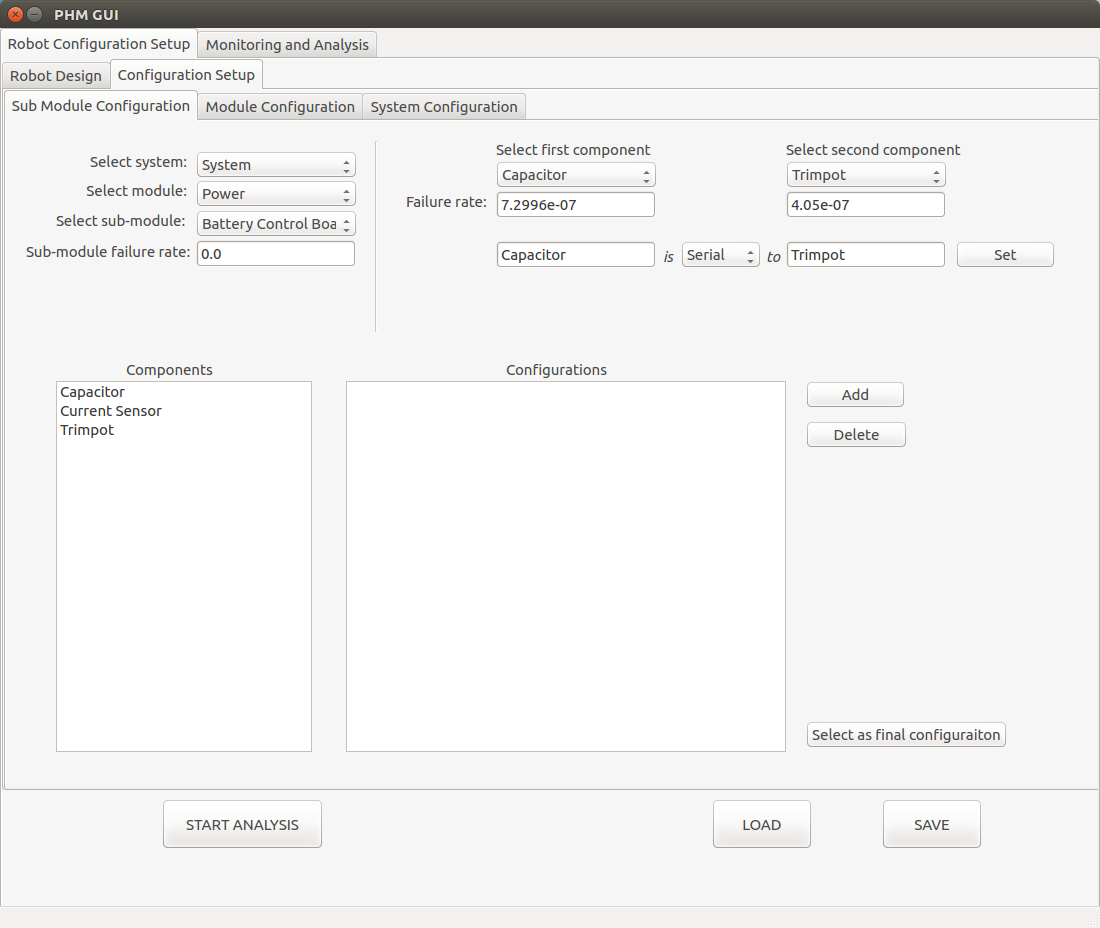 Physical arrangements of the items in the system are made in 2 ways in the PHM Tool:

In a series configuration when the failure of any item results in a system failure. Accordingly, for the functional success of a series system, all items must operate successfully during the intended task period of the system.

The following two formulas are used to calculate the reliability of the system and the probability of task completion (POTC):

The unit of time (t) in the formula used to calculate the reliability of the system should be hour or second. The unit of distance (d) in the formula used to calculate the POTC should be km or m. In PHM Tool the user has the opportunity to select any of these units (Figure 5). When the user chooses any of these units (m/s or km/h), reliability and POTC values are calculated according to the selected units. 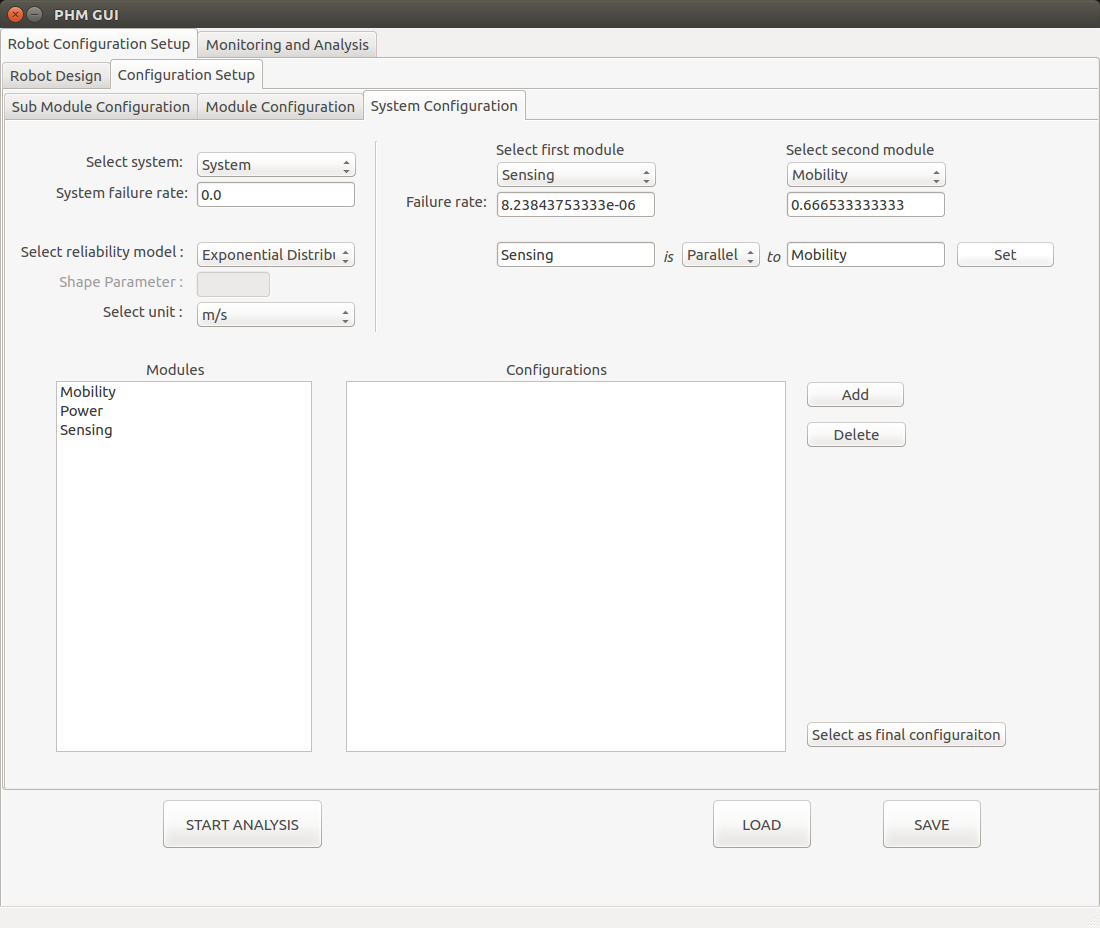 After the system is configured, the system must be started for analysis by clicking the “Start Analysis” button. There are 3 types of analysis available in PHM Tool:

How to analyse the system is explained in Section 3.4 of PHM Tool User Guide document.

In the “Hazard Rate Analysis” and “Reliability Analysis” tabs (Figures 6 and 7), the graphs of the calculated hazard rate and reliability values are plotted in real time. At the same time, the user can add the sensor datas that are read from ROS topics in to the appropriate modules. Thus, besides the nominal values, a sensor-based hazard rate and reliability values should be calculated.

Nominal: The calculated hazard rate and reliability value of the system without adding any sensor.

Sensor based: Hazard rate and reliability values calculated by adding sensors to the modules in the system. 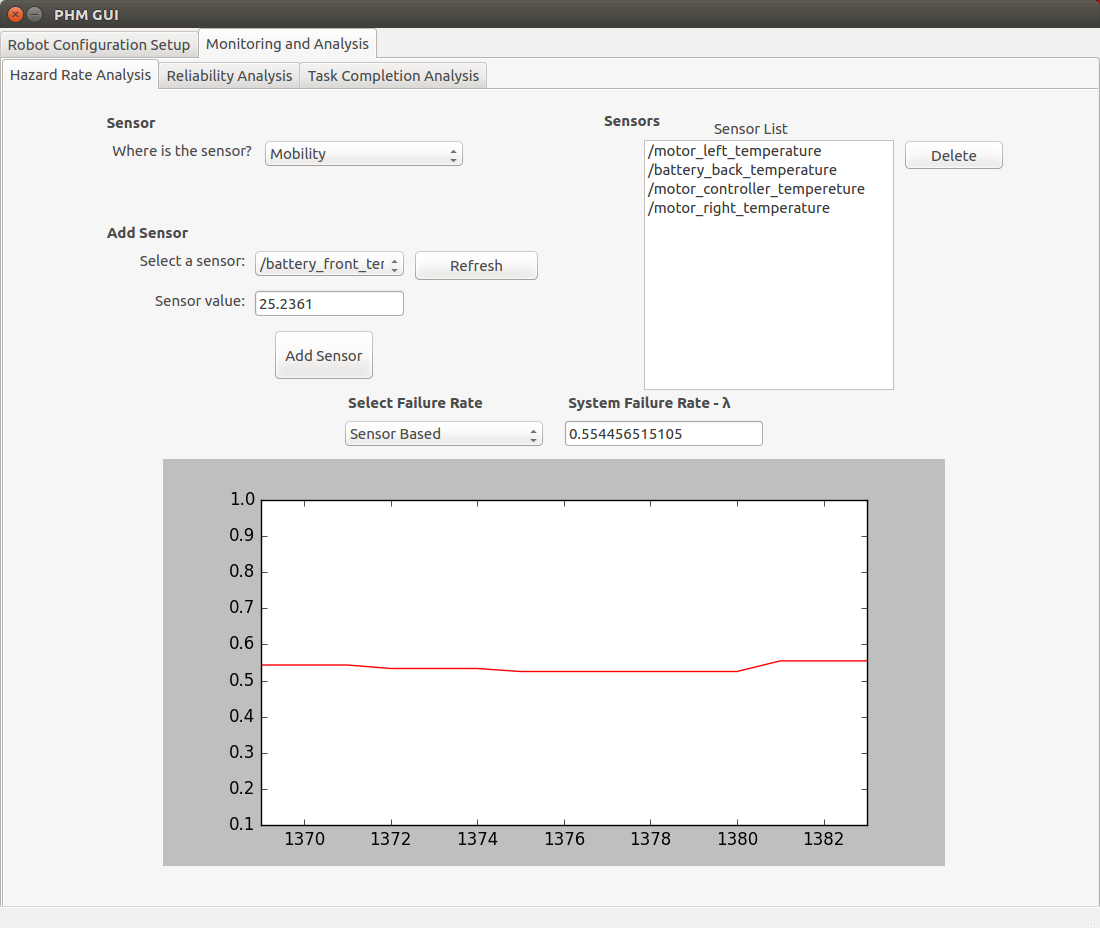 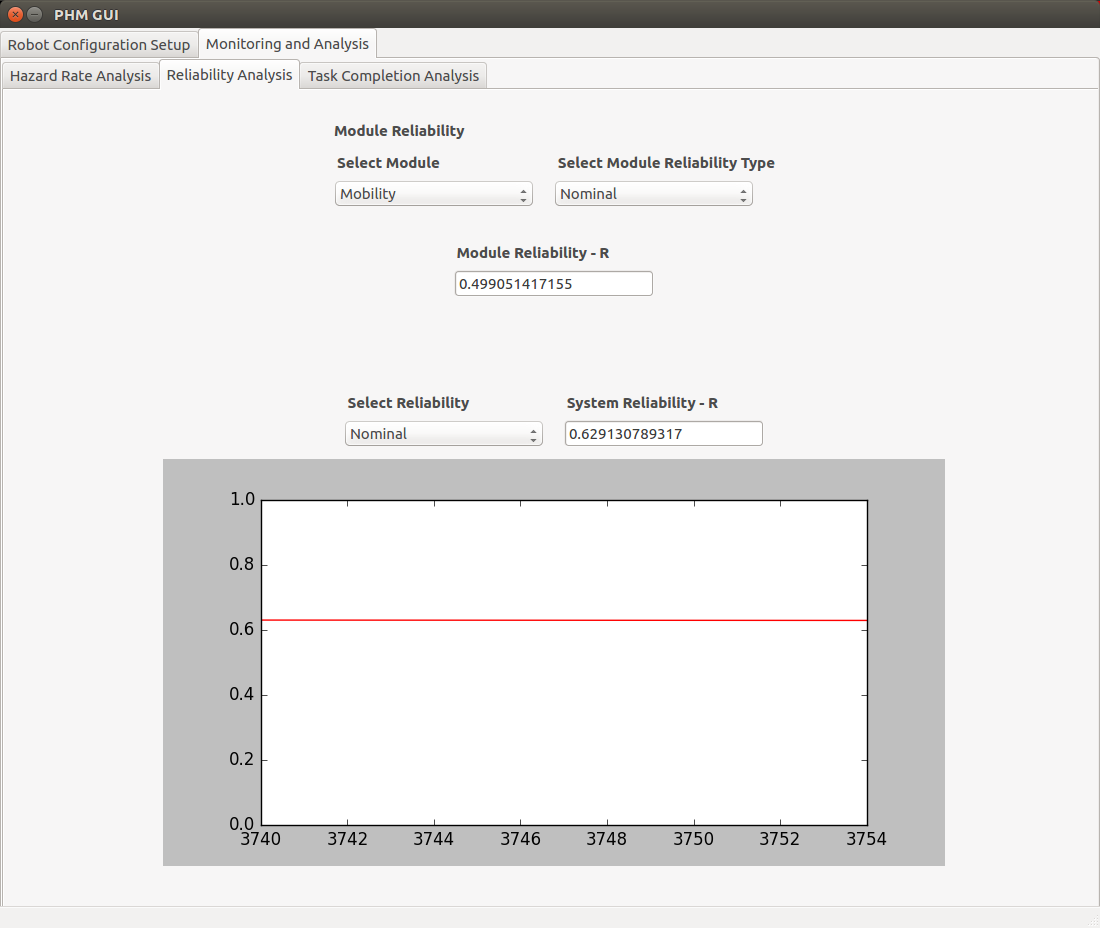 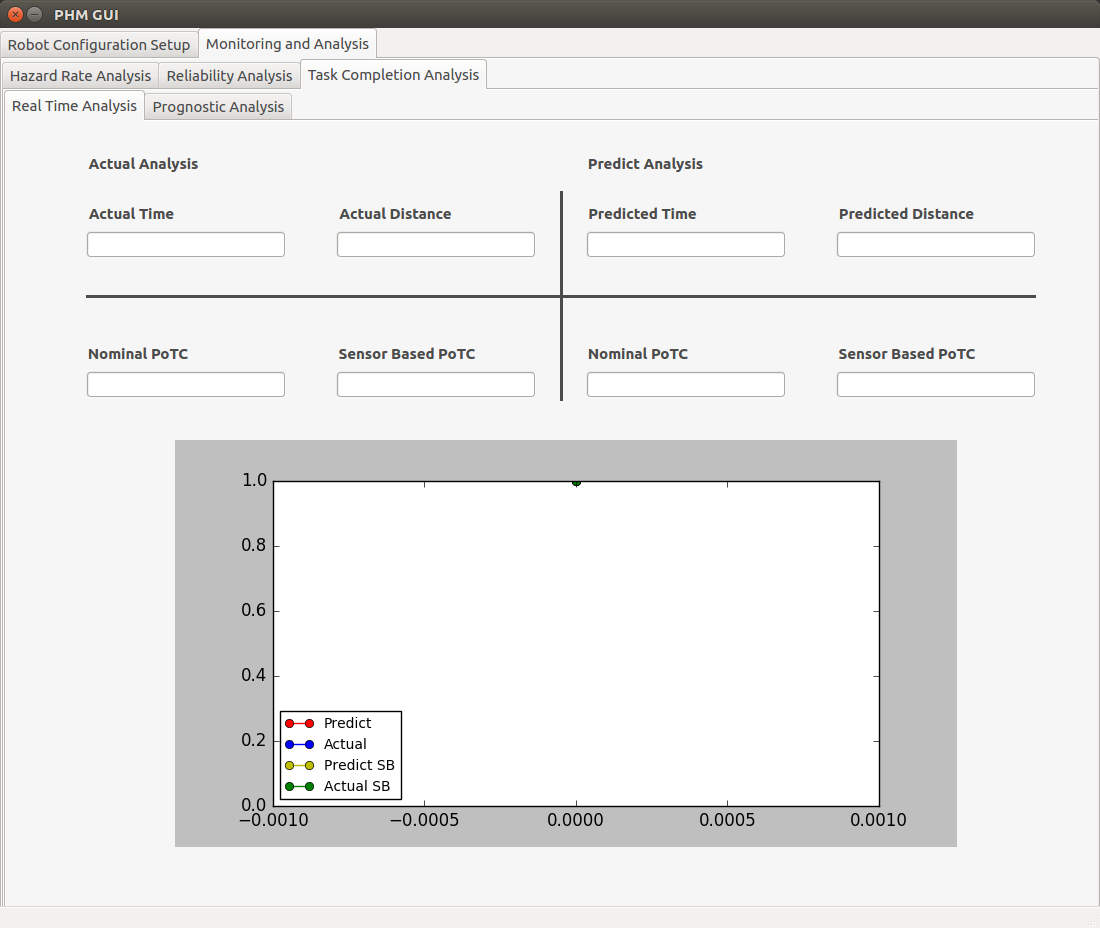 Use Case Scenario for PHM Tool

OTA should be configured by making physical arrangements of these added parts according to each other. As a result of the design and configuration of OTA in the PHM Tool, the hazard rate and failure rate values of the system are calculated.

The modules, sub-modules, components on the OTA, their quantities and failure rate values calculated for one of them with the PHM Tool tool are shown in Tables 2, 3, 4, 5 and 6. OTA design is done in the "Robot Design" tab under the "Robot Configuration Setup" tab in the PHM Tool. The procedures for adding all the equipment in OTA to the PHM Tool are described in Section 3.1 in the PHM Tool Use Case document.

At the same time, the design processes for the OTA use case scenario of PHM Tool are explained in the video below.

After each equipment in the OTA is added in the "Robot Design" tab of the PHM Tool, the system must be configured in order to calculate the total failure rate and reliablity values of the system.

Configuration of the equipments in the OTA is included in section 3.2 of the PHM Tool Use Case document. At the same time, the configuration operations performed in the PHM Tool use case scenario for OTA are explained in the video below.

While configuring OTA, the following steps are followed in order:

Monitoring and Analysis of OTA

In the Monitoring and Analysis tab, the configured system in the “Robot Configuration Setup” tab is presented to the user in real time by calculating the hazard rate, reliability and POTC values according to the specified reliability model and unit. In addition, sensors can be added and the results are shown in real time. 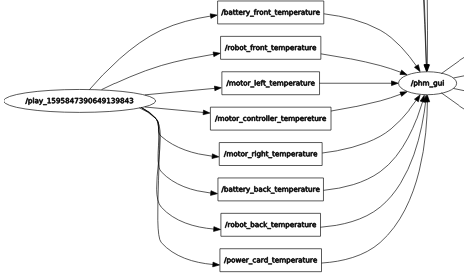 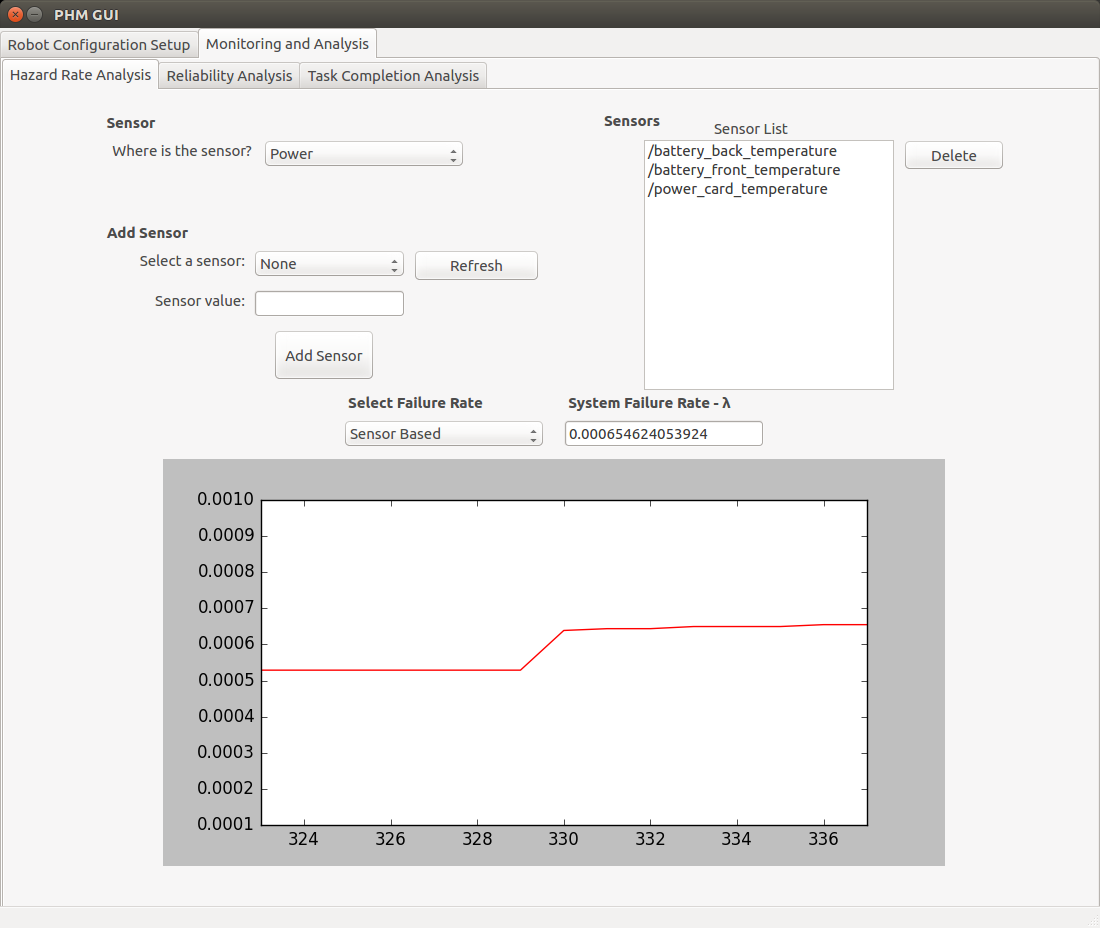 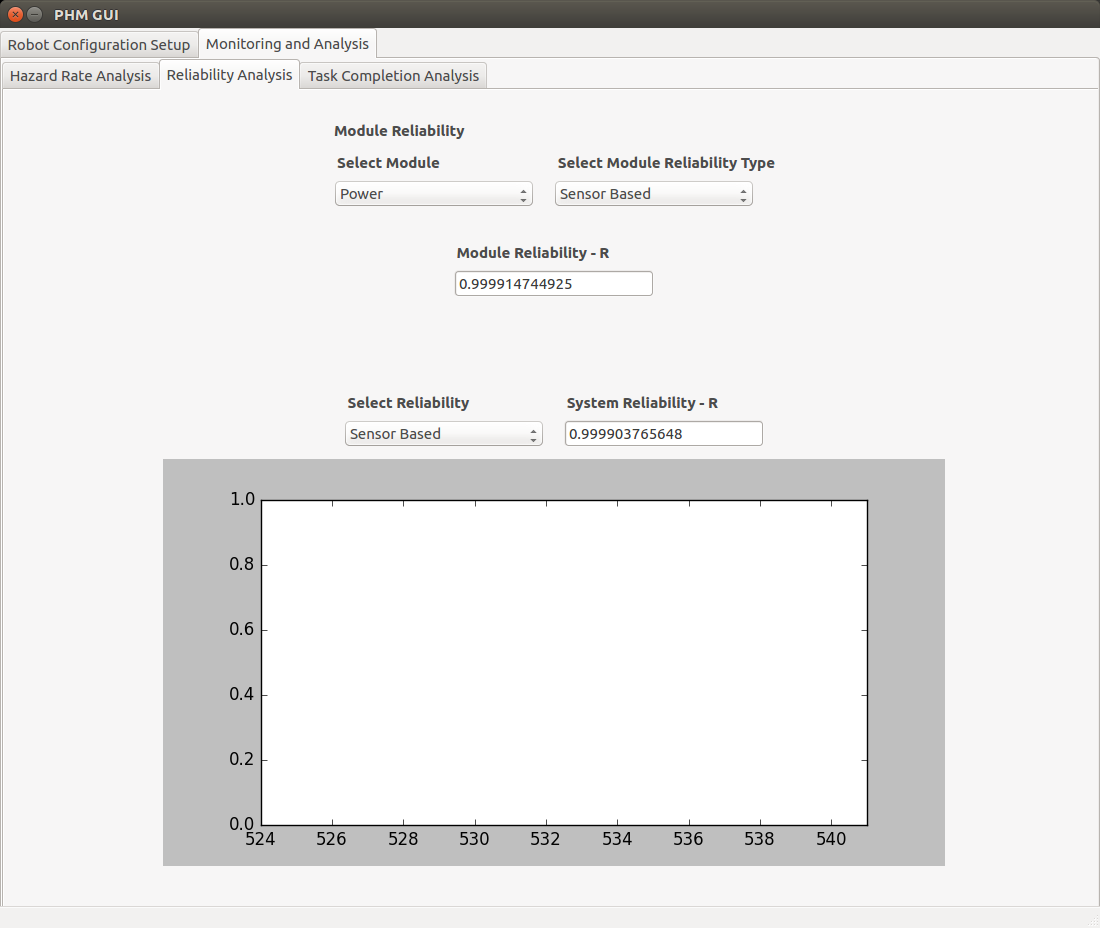 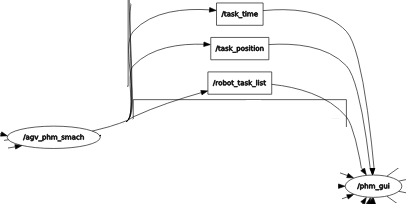 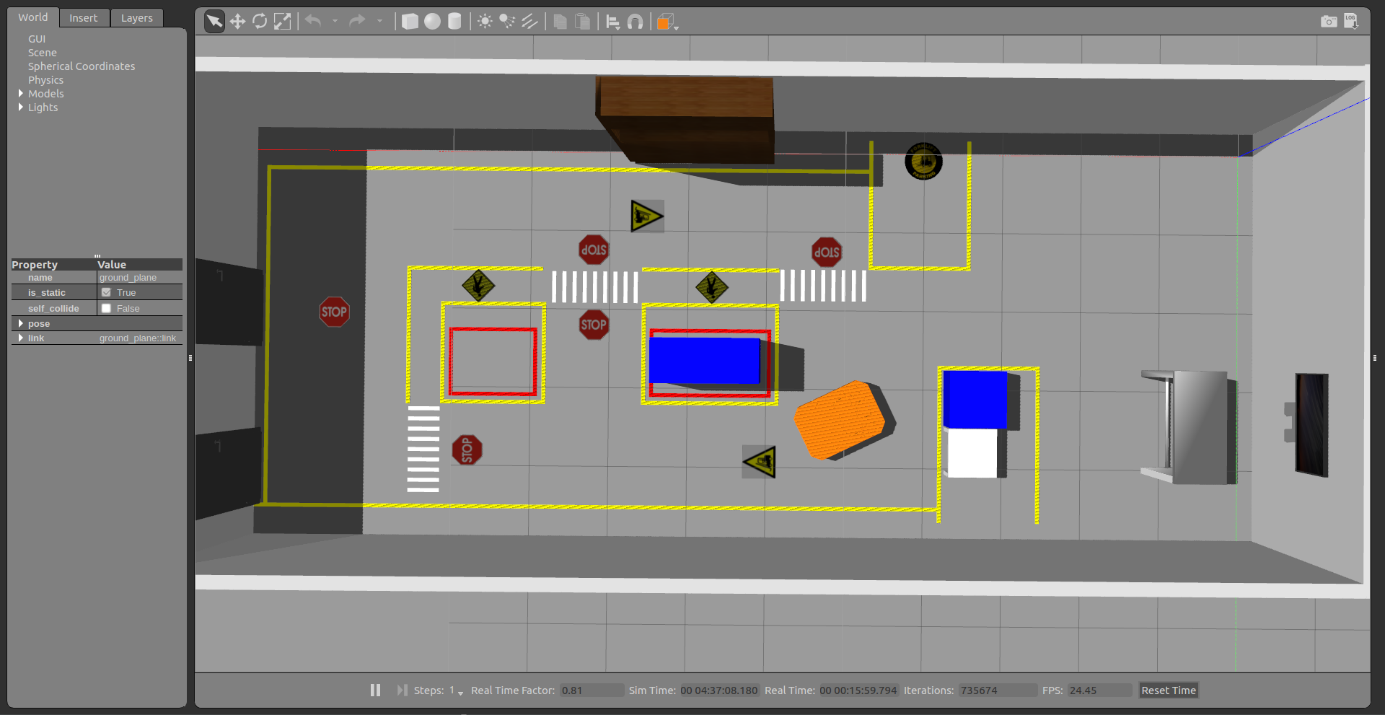