To catch regressions in our code base, we run thousands of tests on all the packages in the ROS distributions. The tests range from small unit tests, to large simulation based integration tests. Our Jenkins server manages and schedules many of the tests. Below you find more details on each class of test that we run. 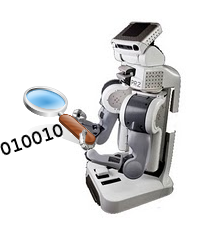 The development tests will build and test all packages from the development branch of each repository. The development branch is specified in the source sections of the distribution.yaml rosdistro file (One from ROS Indigo | ROS Kinetic). The devel branch is chosen by the maintainer of a repository, and is often trunk/default/master or <DISTRO>-devel. All necessary dependencies will be installed from Debian packages in the shadow-fixed repo before. Currently the development tests are only run for Ubuntu LTS releases for amd64 due to limited resources on the build farm.

Every time you commit to a development branch the corresponding development tests will get triggered within an hour. It might take a while until the job is processed if the build farm is busy though. For example, you can find the development jobs for Indigo on Jenkins.

Who gets a notification?

The person that did the commit will receive an email if the build succeeds or fails. If the development job is marked as unstable (due to warnings or failing tests) all committers since the last stable build get notified.

One test typically takes less than 10 minutes. If the build farm is busy rebuilding Debian packages it might take longer until the job actually gets started.

Pull request tests are identical to development tests but they are being triggered for the branches of pull requests. Currently only GitHub repositories are supported. Commonly pull requests need to be specifically enabled (see REP 143). You can find the pull request jobs for Indigo on Jenkins.

Before pushing out a new release of your package(s), you should run the prerelease tests on your repository. This will help you to avoid breaking the ROS Debian builds for the entire ROS community, and having to push out a bugfix release five minutes later. Starting with ROS Jade, prereleases are run locally on your machine using docker. There is a webpage to help you configure the command line tool that runs the prerelease tests on your machine: http://prerelease.ros.org/.

For the selected repositories (you can select one or multiple) all packages will be built and the tests will be run. All necessary dependencies will be installed from Debian packages in the shadow-fixed repo before. Additionally, it can download, build, and test packages which depend on your packages. The prerelease website can help you to figure out which settings will test the right amount of packages for you. You can control the number of packages that will be tested by adjusting level of recursive dependent packages. You can additionally specify arbitrary additional packages to test. If you want to avoid building a package, for example a package which is known to be broken for another reason, you can also explicitly exclude individual packages, though this might prevent the testing of other packages. The prerelease website can help you see how different settings affect the packages that will be tested.

Which repositories can be tested?

The prerelease tests only run when you run them on your local machine.

Setting up Your Computer for Prerelease

First, you need to install Docker. We recommend following this guide at docker.io because you'll need a newer version of docker than the default version that comes with Ubuntu 14.04. Make sure to follow the directions to add your user to the docker group so you can invoke docker without sudo.

Install the ros_buildfarm package to get the scripts and tools you need to run the prerelease:

If you haven't installed ROS on your machine before, you'll also need to setup apt-get sources to include packages.ros.org. Run the following commands.

You can also install the Python 2 equivalent of the buildfarm, which is called python-ros-buildfarm. For the Python 2 package the template evaluation of the prerelease scripts still use Python 3 internally. Therefore you'll need to have EmPy for Python 3 installed. The Debian package is named python3-empy and is available from Ubuntu Trusty onward. For older versions of Ubuntu, or on other platforms, it can be installed with the following commands:

Once you've set up your computer, use the prerelease website to help you generate a command to run the prerelease: http://prerelease.ros.org/

First, the website will prompt you to select a ROS distribution. Select whichever distribution you want to target with your new package. Next, the site will guide you through a 3-step process to generate a terminal command.

Wait, you still haven't done the prerelease yet! Look at the terminal output carefully. The custom command you ran just created prerelease.sh. To actually run the prerelease, run that file:

Be patient, the command takes a while. The prerelease takes place in a Docker container, and should automatically build your packages, test them, and print the results using catkin_test_results. Make sure that there are no failed tests, and your prerelease is done!

After prerelease, you can run catkin_test_results to get the result of the prerelease tests again. This is an optional step. In order to run that command you need catkin installed and sourced. You'll have to have ROS and catkin installed. Install catkin with the command

At some point, you also need to source the setup.bash file before you try to use catkin_test_results, by using the command

You can do this at any point, rest assured that your system and environment will not affect the prerelease since they are executed inside the docker container.

Below a few common prerelease examples are described. The ros_buildfarm documentation contains additional information and examples on prereleases: https://github.com/ros-infrastructure/ros_buildfarm/blob/master/doc/jobs/prerelease_jobs.rst

The command set provided by the prerelease test website above would look like the following. Variables that you can configure on the website are surrounded with %%.

As you see, the configuration of prerelease test is done by a script generate_prerelease_script.py (that was installed on your computer with python3-ros-buildfarm package). See its option with the help to get some idea for customization.

What can I do when a prerelease fails?

If you look in the folder where you ran the prerelease then you'll also notice some folders of interest when debugging:

You can modify code in these two repositories and rerun one or more of the above shell scripts to iterate on the prerelease test and try to resolve issues.