== Overview == This package is still under development. The goal is to generate a friction compensation map for each joint of Shadow Robot's Dexterous Hand.

The friction compensation map is composed of two different maps: one for when the joint is going forward and the other one for when it's going backward. Those two maps are different because the tendon path is different for those 2 movements.

A friction map contains an interpolated piecewise linear function representing the force necessary to move a joint at a given position, for the whole range of the joint.

To compute those maps, we save the force applied by the motor and the joint position while we move the joint through it's whole range at a very slow and constant speed. We then generate the best piecewise linear function to represent this data. We repeat while moving the joint in the other direction.

How to run the Friction Compensation Algorithm

The following parameters can be specified:

The result is a plot saved to the current directory. The file is: friction_compensation_ffj3.png (ffj3 is replaced by the joint you ran the friction compensation on).

Here is an example of the result you'd get (the 2 maps are displayed on the same plot). 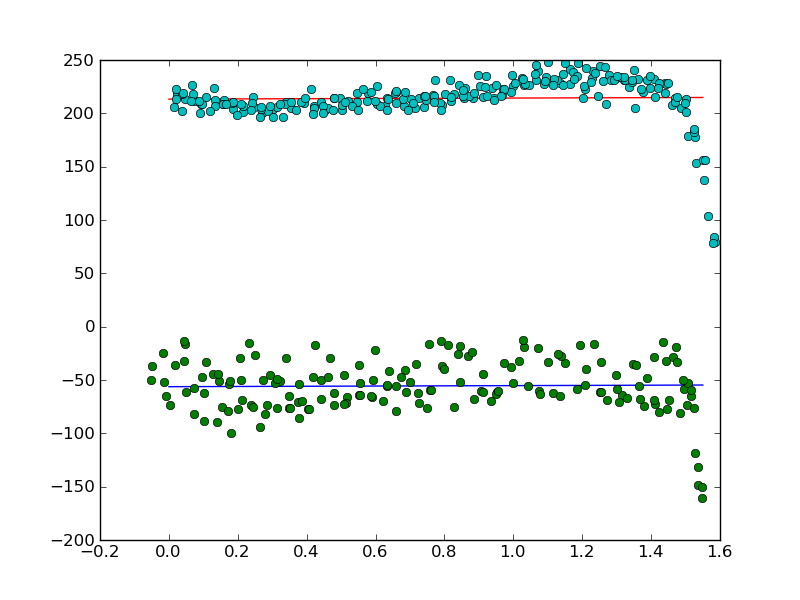