This package contains the different controllers and launch files for the SummitXL robot simulation. 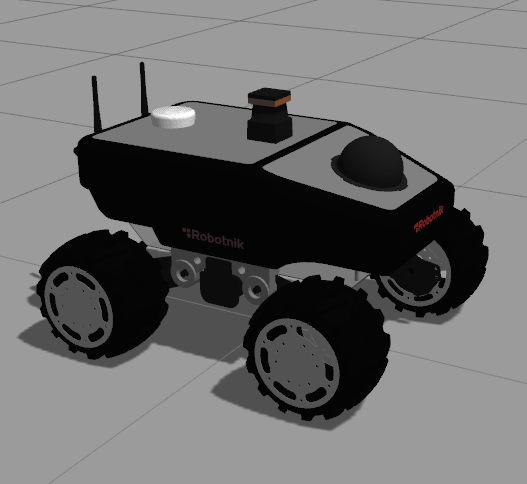 Launch files and world files to start the models in gazebo

Control the robot joints in all kinematic configurations, publishes odom topic and, if configured, also tf odom to base_link. Usually takes as input joystick commands and generates as outputs references for the gazebo controllers defined in summit_xl_control. This package permits an alternative way to control the robot motion (4 motorwheels) that by default is carried on by the Gazebo plugin (skid-steer). In the default configuration this package only controls the pan-tilt camera joints. When used as main controller of the simulated robot, this node also computes the odometry of the robot using the joint movements and a IMU and publish this odometry to /odom. The node has a flag in the yaml files that forces the publication or not of the odom->base_footprint frames, needed by the localization and mapping algorithms.

Launch files that launch the complete simulation of the robot

3. Enjoy! You can use the topic "/summit_xl_control/cmd_vel" to control the Summit XL robot.