Description: Introduce a few ways of how to run the processes simulated robot.

Next Tutorial: Running services, operating via scripts and GUI

There's levels of "simulation" for any kind of systems, but here's how we define it for HiroNXO:

How to run each level of simulation is discussed in this page.

This is level-1 HiroNXO simulation.

If you look back the component structure of HiroNXO systems, robot's core functions are running on a framework called [[openrtm|OpenRTM]]. With that in mind, it is possible to virtually realize the robot's functionality by using OpenRTM-based simulator called hrpsys-simulator (along with OpenHRP3), if you do not need the higher level of features that ROS offers.

In many cases where you just like to run your program without specific purpose, this should be enough.

Launch a simulator that "mimic"s a real robot. Notice the command is rtmlaunch, not roslaunch:

If you see the following or similar on command prompt, your simulator is good:

And a robot on hrpsys-simulator viewer:

Connecting to a simulated robot running on a remote host

When connecting remotely via python script, you need to specify the instance name of the robot by using --robot argument. E.g.,

This is level-2 HiroNXO simulation.

This is level-3 HiroNXO simulation. 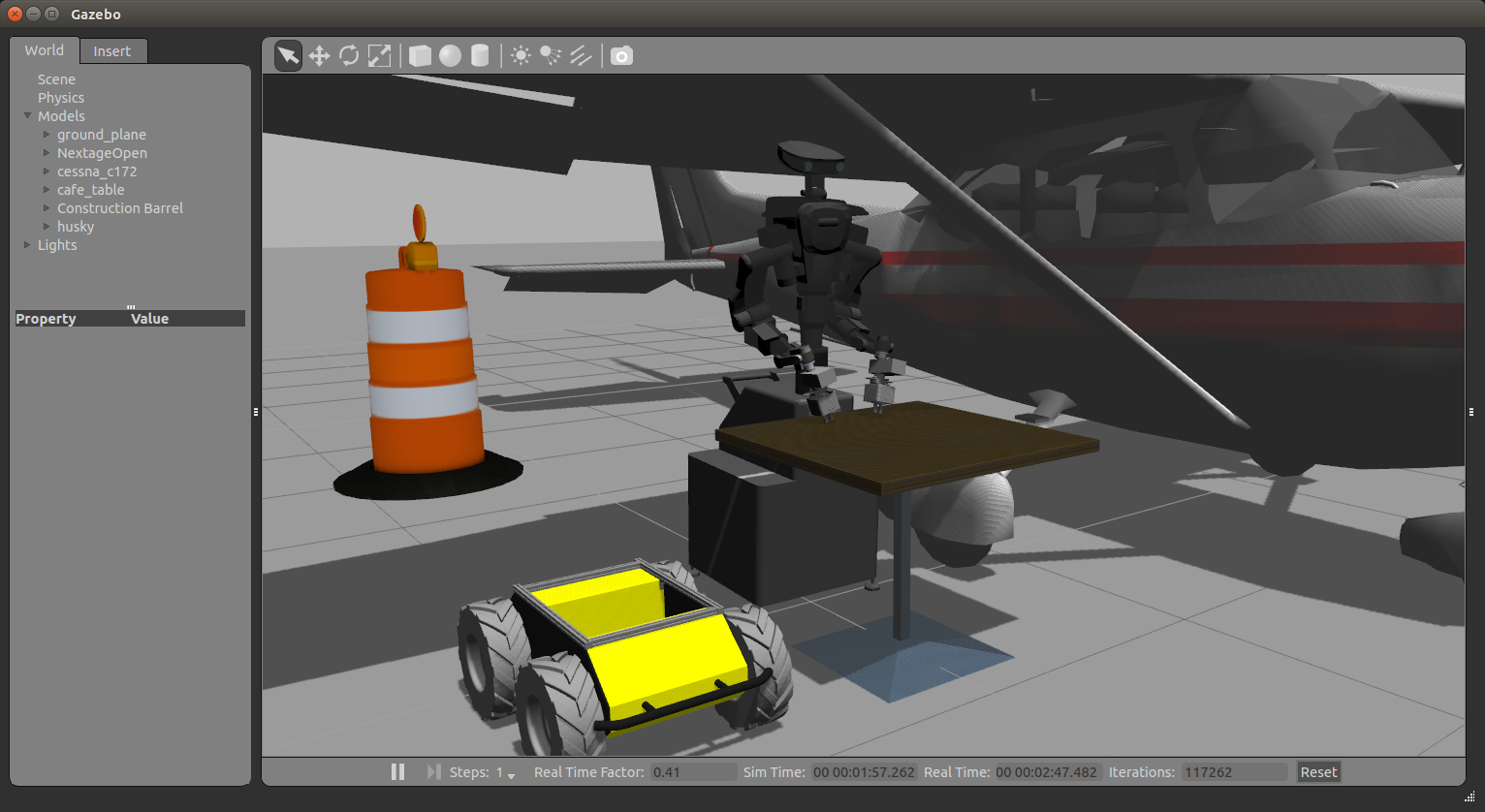