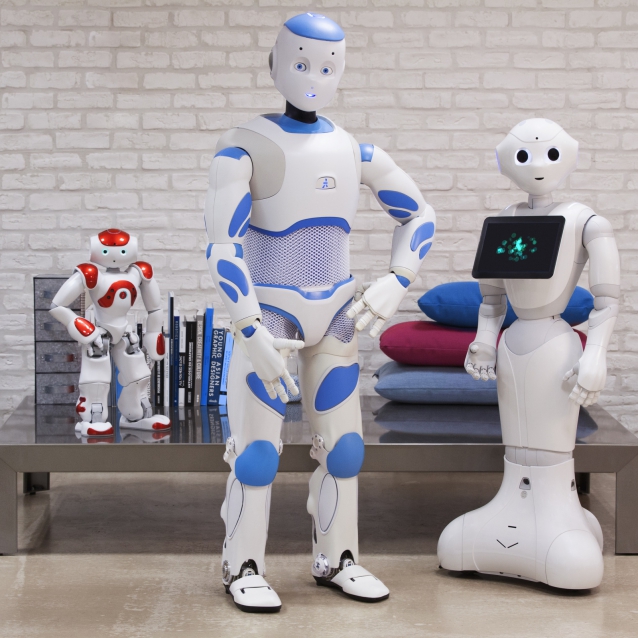 This page refers to all officially supported ROS components by Aldebaran and Softbank Robotics. All robots use Aldebaran's NaoQI framework so that we can re-use most of the packages for multiple robots, such as Nao, Pepper and Romeo.

There is an official SIG for NaoQI and Aldebaran's robots at https://groups.google.com/forum/?fromgroups#!forum/ros-sig-aldebaran. Please subscribe to it to get the latest news!

The C++ bridge is actively developed and officially supported by Aldebaran. For now the C++ Bridge is further documented on the official github page. You can find the code here and the according documentation here. This bridge is completely open source with an Apache 2.0 Licence. Furthermore, the provided code can be compiled inside an existing qibuild or catkin workspace.

Please note, that the python version is no longer officially maintained by Aldebaran. For an officially supported code base, we refer here to the previously mentioned C++ bridge.