Description: This is a simple how to for installing and setting up ROS Fuerte on Raspberry Pi.

This is just a small how to re: getting ROS to work on the Raspberry Pi.

Note: This tutorial applies to ROS Fuerte. For Groovy, there are instructions for installing ROS either from source or from binary packages on Raspbian on groovy/Installation/Raspbian

This tutorial will not go into a lot of detail re: the Raspberry Pi set-up itself however the main thing is to boot the Raspberry Pi with as much memory as possible. With that in mind set the arm224_start.elf to be your start.elf file.

This is largely following the Debian instructions with a few notable exceptions:

It is mentioned later in the install. I found you need it sooner. If rosdep throws an error after this during Step 1.5 (when executing rosdep install -a) about not being able to identify the OS then it will be necessary to use the following instead

Note: At the time of writing re: section 1.5 "rosdep install -a". There are problems with this. However these are the higher level functions that might be too much for the Raspberry Pi. However it will certainly work as remote I/O nodes around on a robot for lower level processing.

Once complete done you should be able to run ROS. Below is a screen shot of rxconsole; turtlesim etc with a move command being published (from the tutorials). 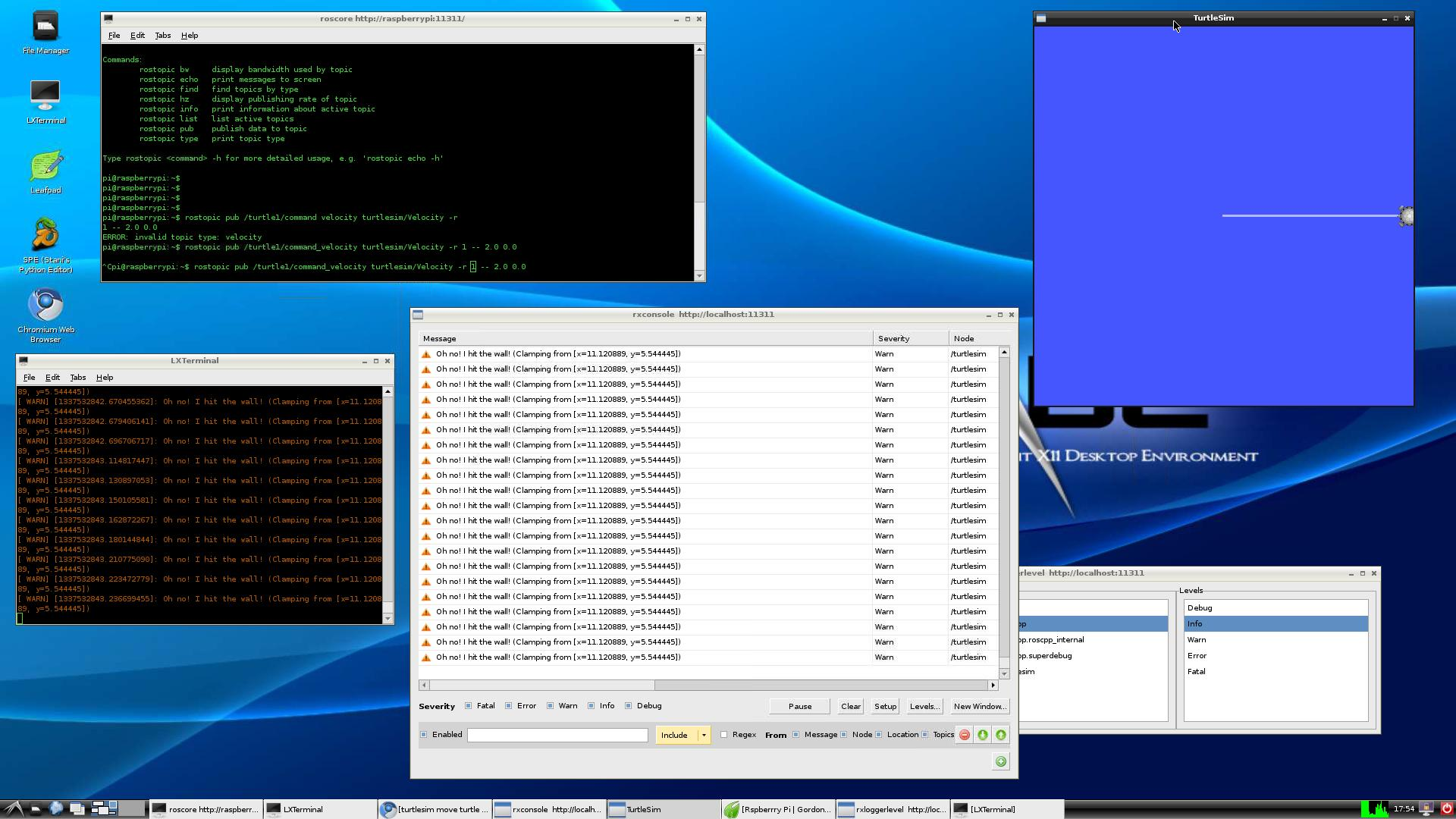 A word of expectation: it's slow. I expect the graphics drivers will have much to do with it (which are due to be changed to take advantage of the GPU).

To get the tutorial running, open three terminal windows.

During the build, you may run into a error that looks like this.

swig was installed to the wrong folder you must move it. Use the following command from root directory.

The Raspbian OS has /tmp set up to be in RAM. To fix it this:

To fix it, do a: sudo mv /opt/ros/fuert /opt/ros/fuerte to rename it, after performing step 1.3.2, and then repeat 1.3.2 to get it to put everything in the right place.

Firstly get the usb_cam driver from svn:

Then install the prerequisite packages:

There is a project under development which offers a GPIO interface also using the bosch_drivers package. https://github.com/kalectro/raspi_interface