Description: This tutorial will show you how to use the navigation stack with REEM

Next Tutorial: Robots/REEM/Tutorials/Face detection with REEM 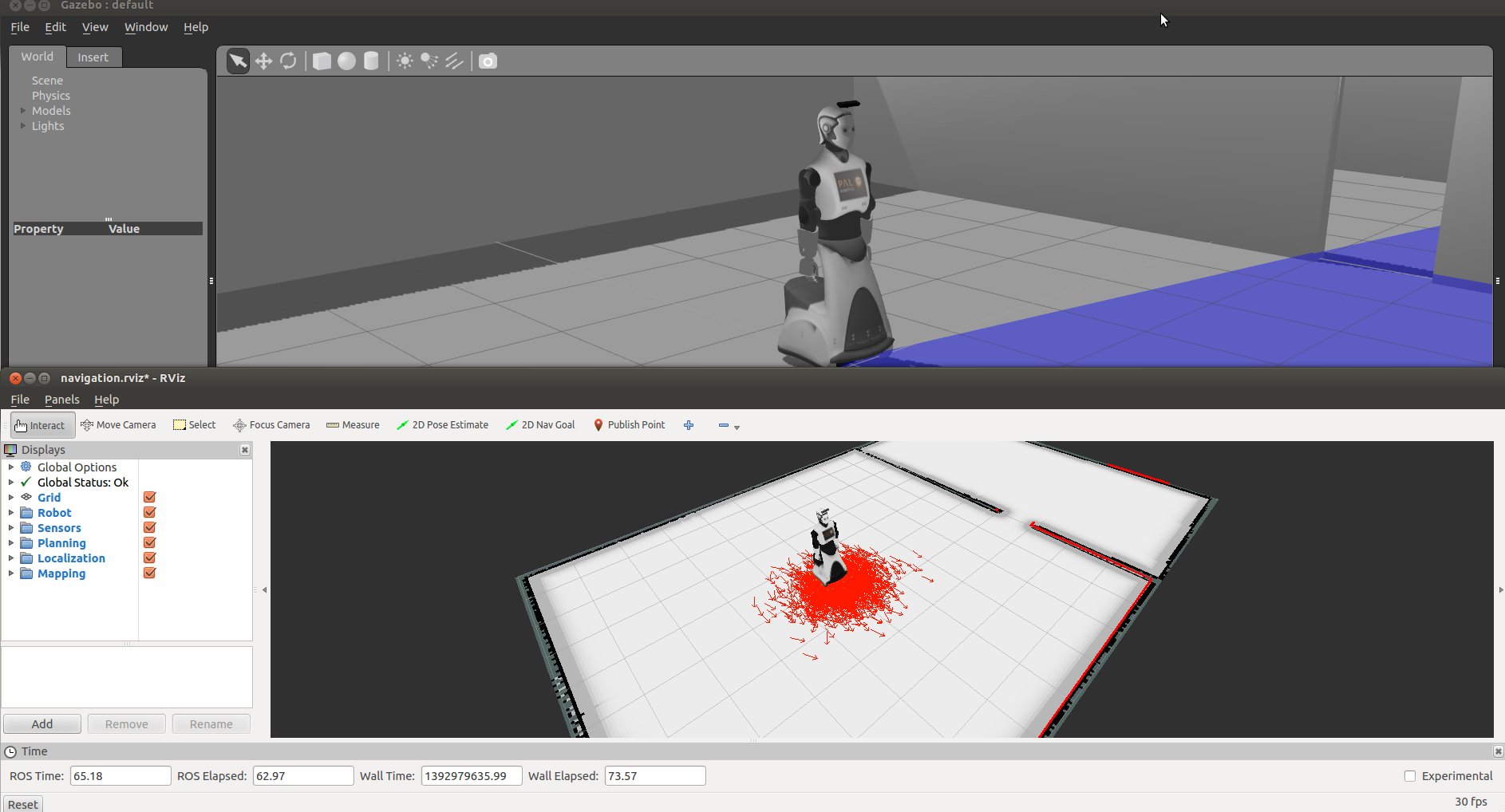 Here you will get REEM in a simple world of two rooms in Gazebo and a Rviz window pre-configured with some sensor and map visualization. Basically, you can see:

In the Rviz window click on the 2D Nav Goal button and click and drag to set a navigation goal in the map. 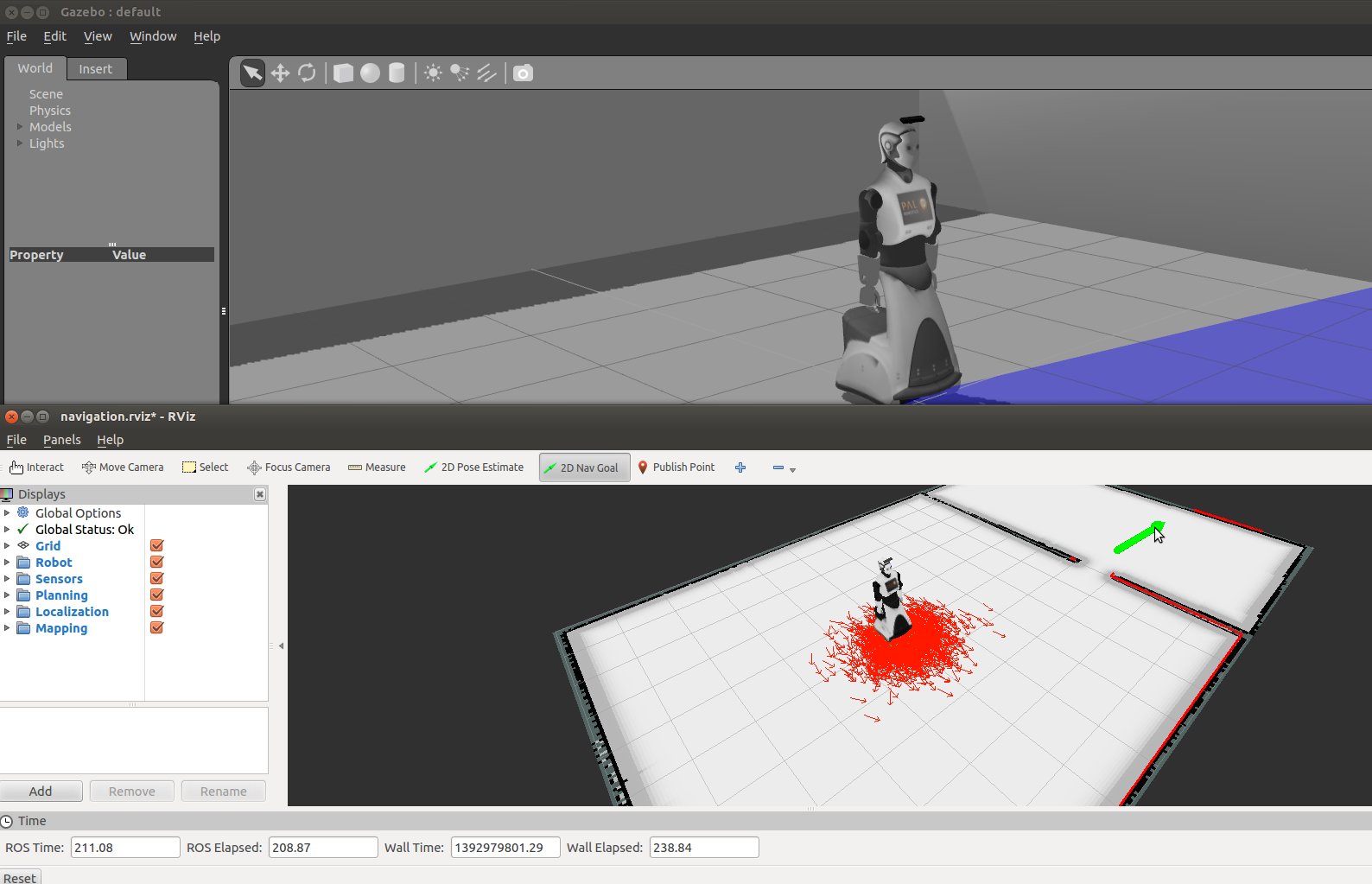 You will see how a path is generated to achieve the goal and the robot will start moving towards the goal. 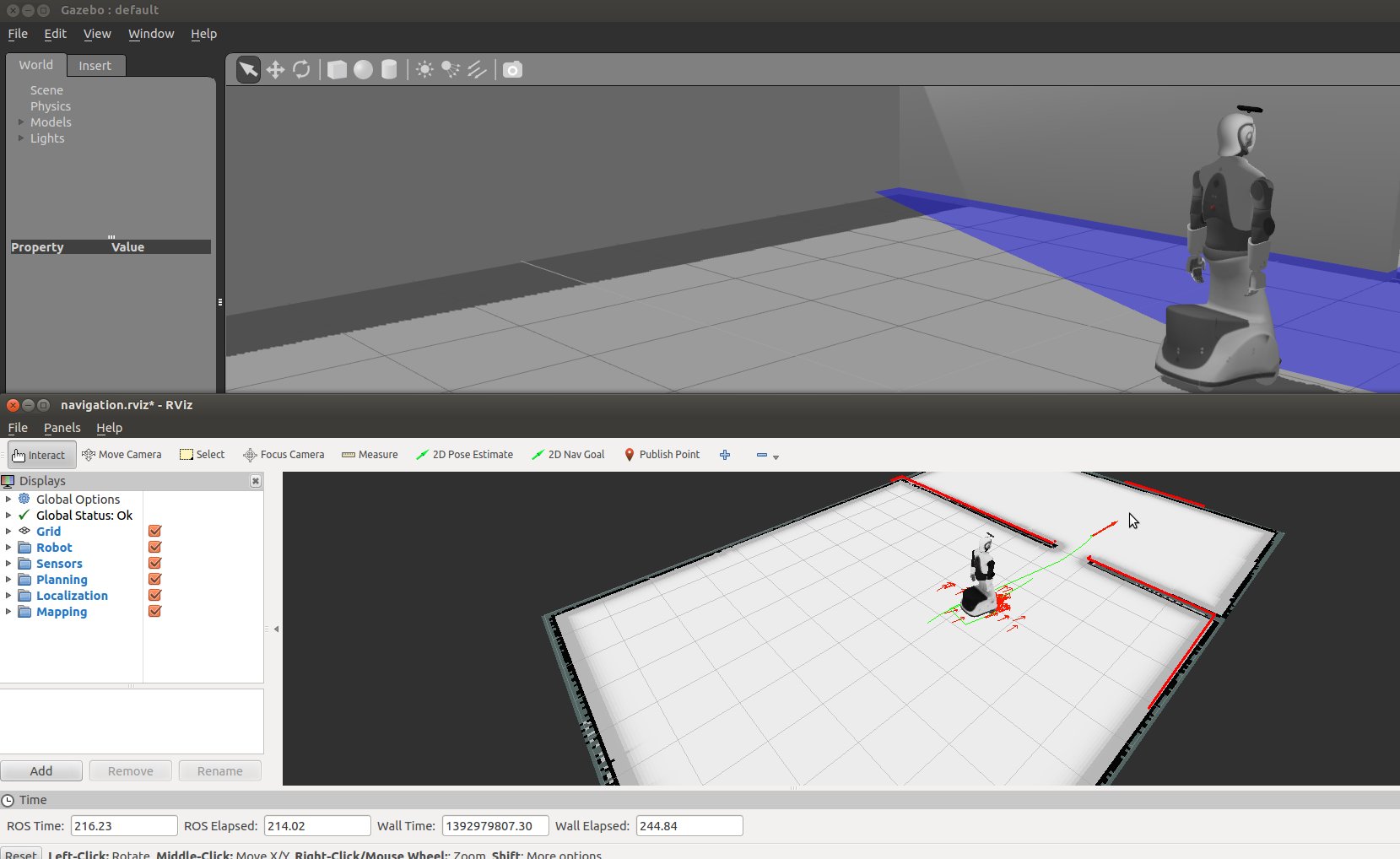 If the robot get lost you can always click on 2D Pose Estimate and set the position in the map where the robot really is.

The path planning algorithm is divided in two modules:

We have different options when choosing the planner, specially for the local one. You can change the local planner by launching the navigation passing the name of the desired planner:

For example, to use the DWA you should do:

Note that in our robots we use a planner called PAL local planner; we are working on providing the binaries online for our simulation.

Send navigation goals through an axclient.py

Fire up your axclient.py pointing towards REEM's navigation action server. The action server is /move_base with action message type: move_base_msgs/MoveBase 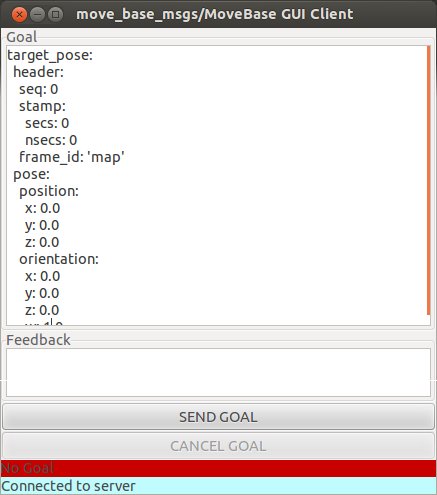 Set the orientation quaternion of the goal (a dummy one can consist on w=1.0 and the rest to 0.0). You could also use the snippet deg_to_yaw.py to get the quaternion from a rotation in degrees.

Check out the reem_snippets package:

There you will find a demo code called navigation.py which examplifies how to send a navigation goal and also how to get the current pose in the map of the robot.

On the real robot we have an Android tablet app that allows you to map easily. In order to test mapping in simulation first launch the corresponding simulation: 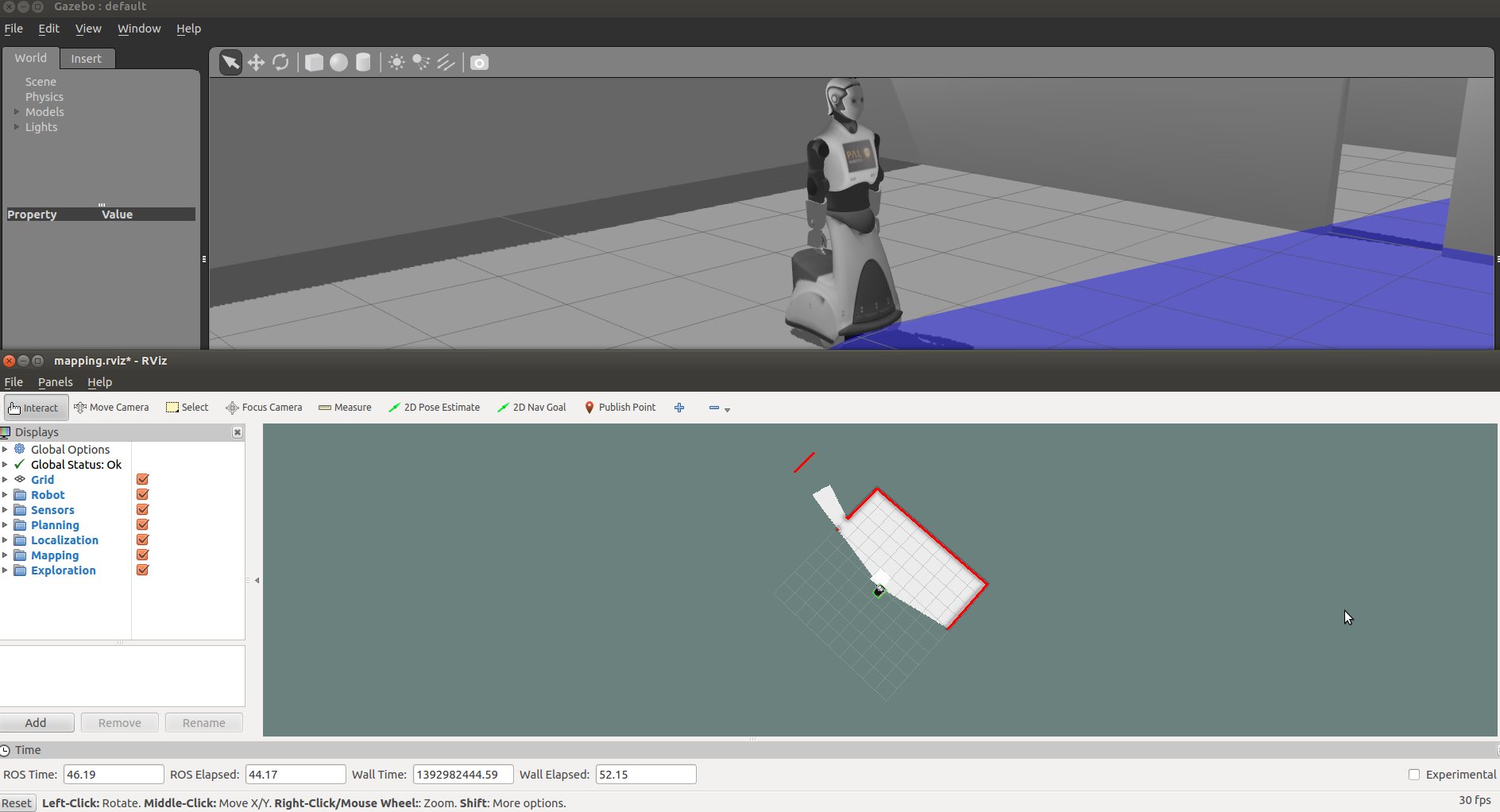 To move the robot you can send goals with Rviz or use the arrow keys of your keyboard cloning the following package in your catkin workspace source directory:

Note that you must have the terminal where you ran this command on focus, it's recommended to put the Gazebo or Rviz window as "Always on top" so you can drive REEM with the keyboard.

A SLAM algorithm uses the robot odometry and the laser scans to build a map. You will see how the map is being built online with the new scans as the robot is moved around the environment.

To save the map:

To use it later on copy the map inside reem_maps/configurations.