Gazebo will show up with TIAGo in an empty world 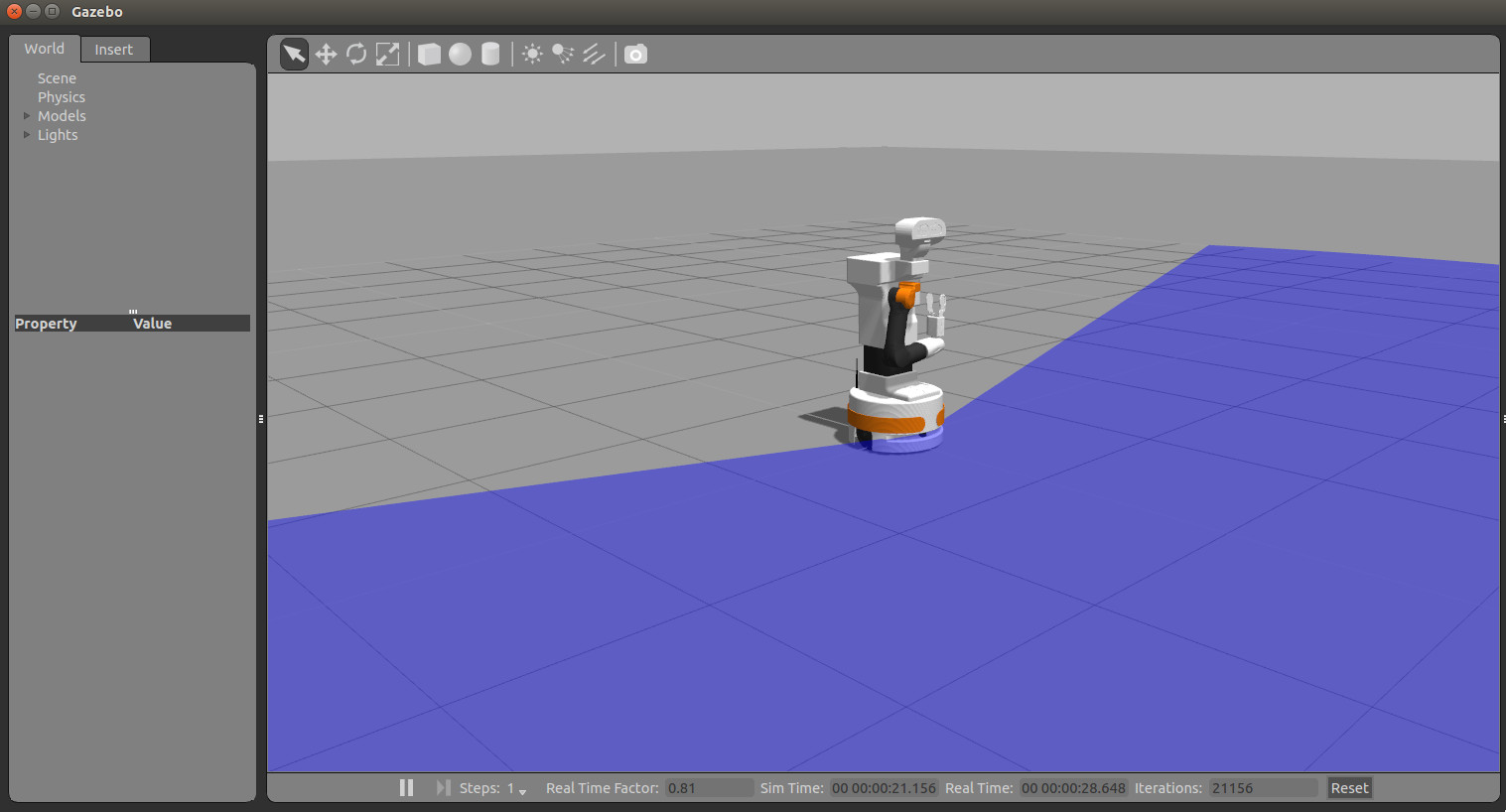 This section shows how to command the differential drive base of TIAGo through ROS topics.

In order to make TIAGo rotate leftwards the following command has to be published:

This will make TIAGo rotate about itself leftwards at 0.3 rad / s.