Description: Example on how to move TIAGo's head using an action that makes the robot look to a given direction. 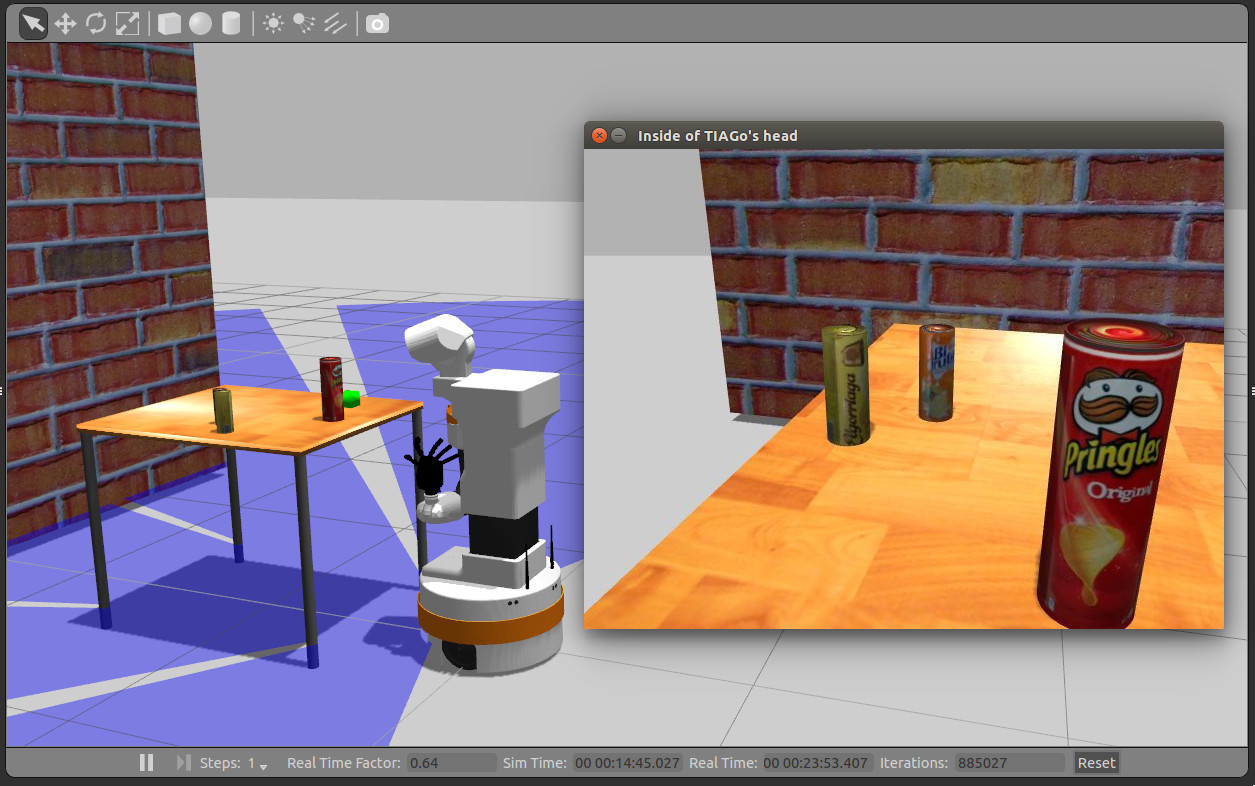 This tutorial shows how to use the head action to move the head of TIAGo. The action can be used to make the robot head to look at any point expressed in any frame.

Gazebo will show up with TIAGo in front of a table with objects. 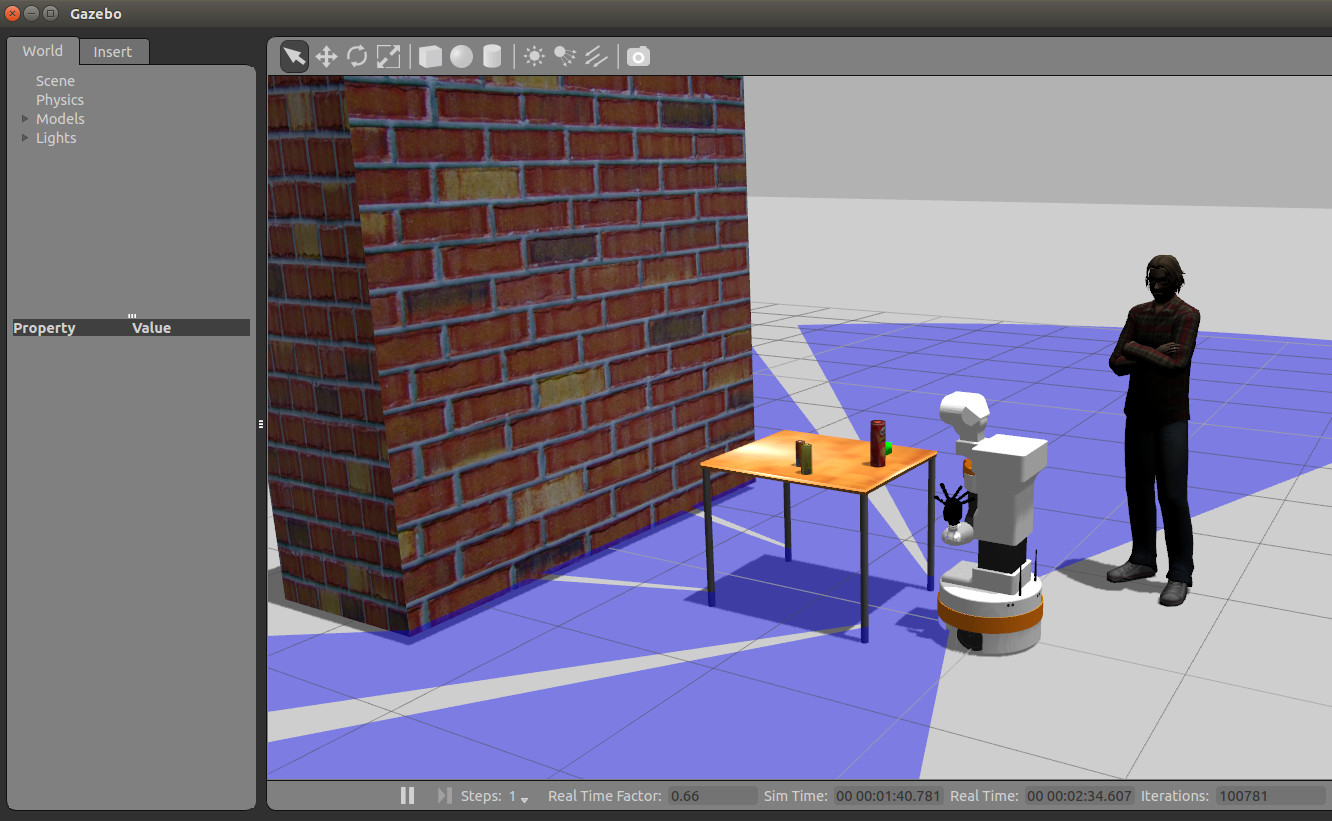 An example of C++ node using a head action client is given in tiago_tutorials/look_to_point/src/look_to_point.cpp.

The first topic contains the instrinsic parameters of the camera and the second one the rgb image from the RGBD camera of TIAGo's head.

The rgb image will be shown in a window that will show up. 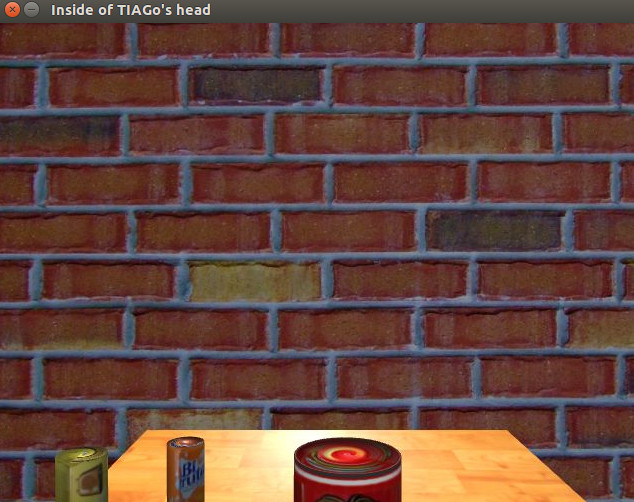 By clicking on any pixel of the image the robot will move its head in order to look at that point. With this we can easily lower or raise the head, look right or leftwards, etc. 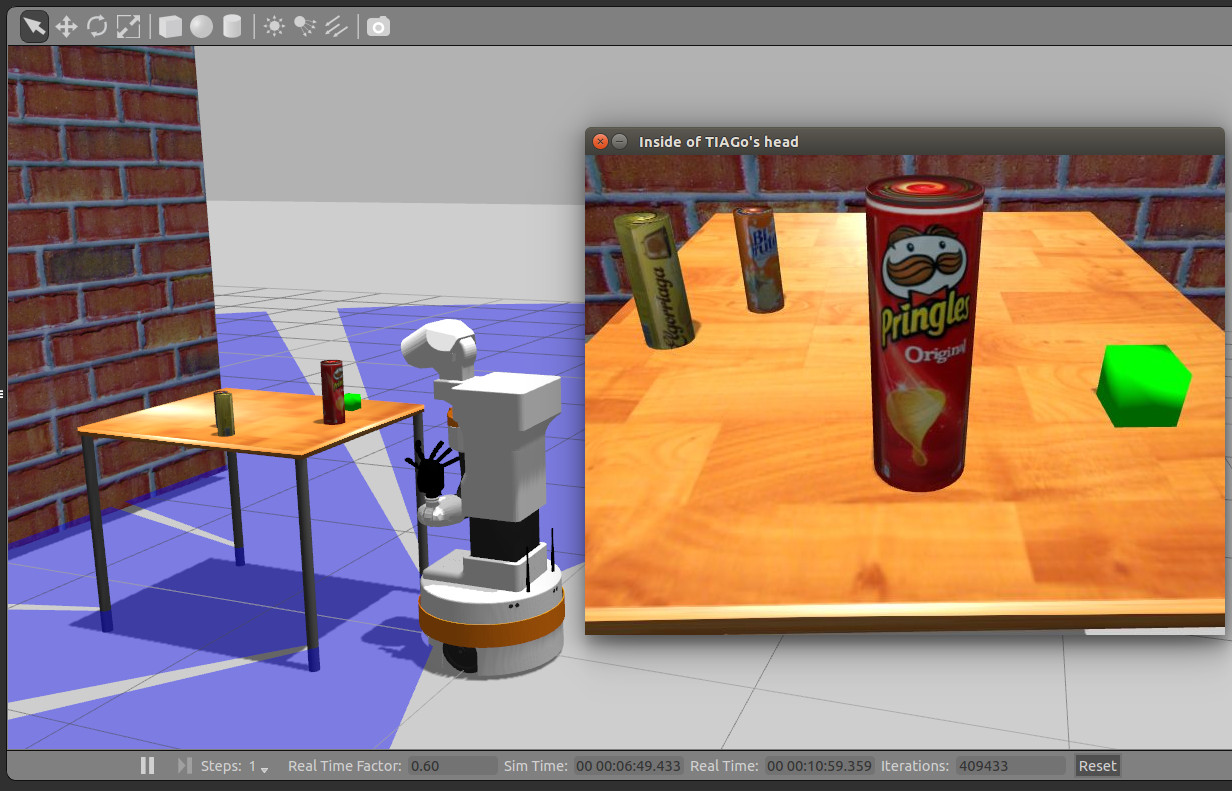 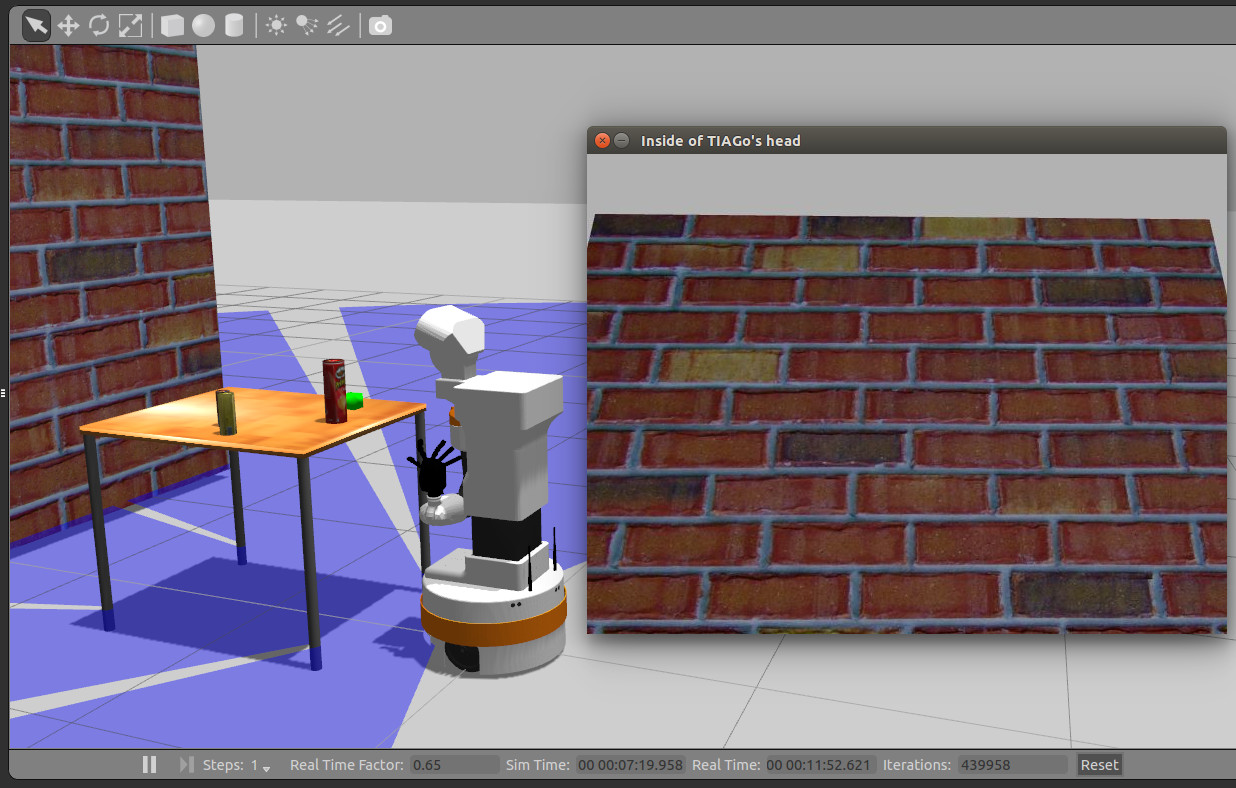 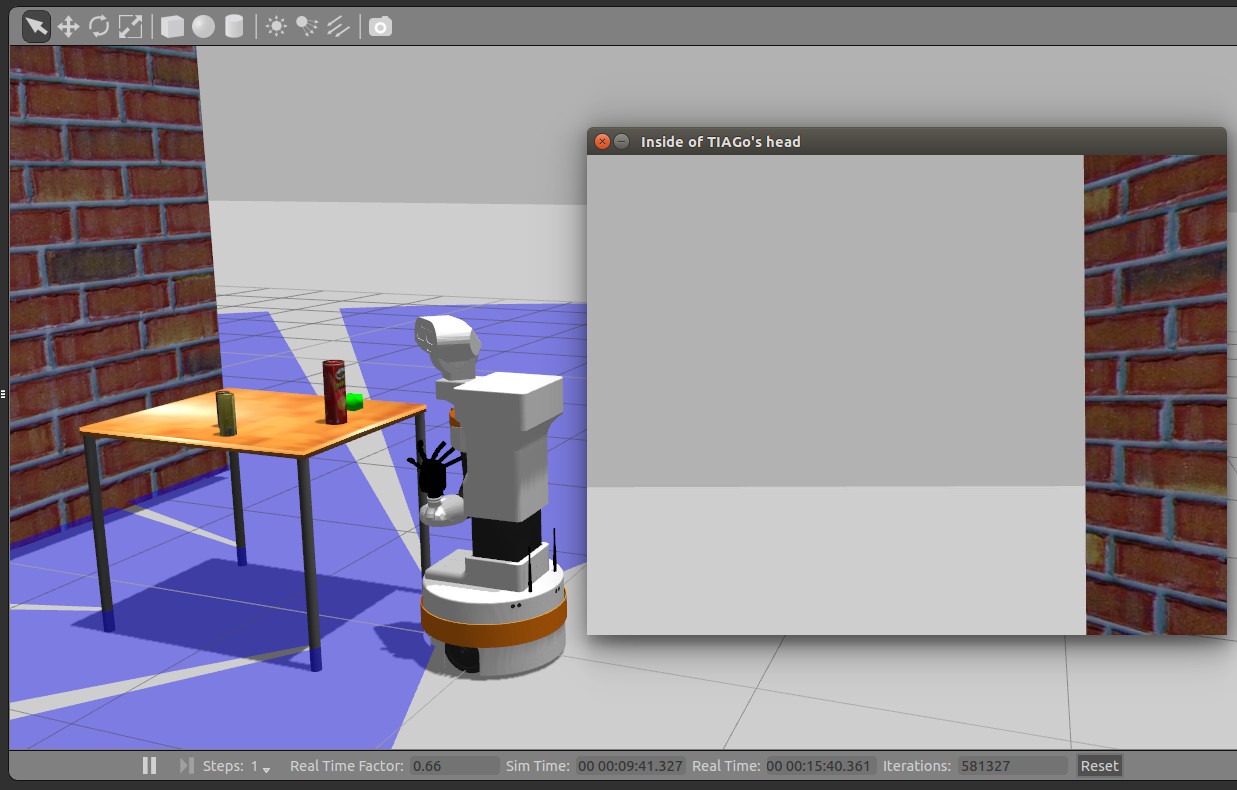 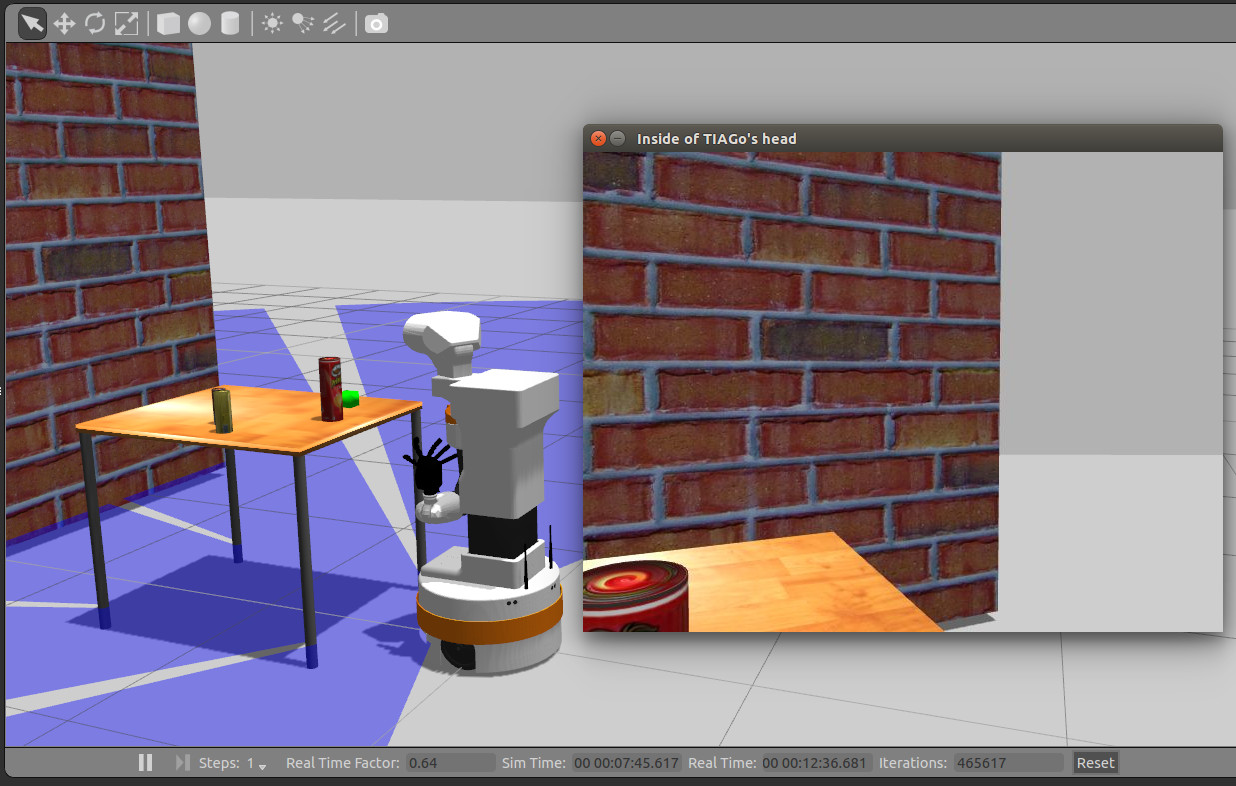