How to use a SceneConfigurator-Node

Description: This tutorial shows how to use the basic functionality of a SceneConfigurator-Node through a step by step real scene example of an object configuration setup for further processing.

*view and marked objects are descripted in the Object State chapter.


State of an object consist of two properties first if the object is in the current view and second if the object is marked. View is an terminus derived from the actual application of an object detector with an camera setup. So “an object in the current view” means that an object was detected in the current camera view and as result the SceneConfigurator received an new object estimation. Likewise you could say that if the SceneConfigurator doesn't receive a new estimation to an specific object this object is not in the view. Marked Objects on the other hand have to be explicitly marked and unmarked by the user and indicate that this objects should be considered as part of the object configuration also if it is not in the view right now.

The main reason to mark objects is that if an object get out of view because the detector moved, the SceneConfigurator still keep the last object estimation about this object. This approach enables to process much larger configurations or spatial scattered configurations which can't be captured by a single camera view. Another benefit of this approach is that we can use marked objects as filter for incoming object estimations, because we can mark all objects we consider as part of the object configuration and just accept marked objects.

*rotation invariant objects are objects that whether or not they are rotated around their own axis you still can't distinguish between differing orientations (e.g. https://en.wikipedia.org/wiki/Solid_of_revolution). In our case it is the y-axis of the object (Y up).

**Neighborhood evaluation: if the poses of two estimations with the same object-type deviate over a certain thresholds, then it can be consider as two different objects.

launch/recognizer.launch (at the moment only this node has the option to set the parameters below to a different value than the default):

The first step is to get a SceneConfigurator-Node like recorder or recognizer running; therefore you have to use the ROS tool roslaunch from your console, e.g:

After launching the node you will get quite a lot of console output which should be explained: After the general output from roslaunch you will get a list of parameters with the used values (see red block in Picture 2). Right after this you get the state of the node (see red block in Picture 3), which is indicated by STATUS and PROCESSING_MODE (see section State Overview). And additionally a short legend for the colors used to highlight objects in the rviz visualization. Last but not least you get a command overview with short descriptions of each command (see blue block in Picture 3). 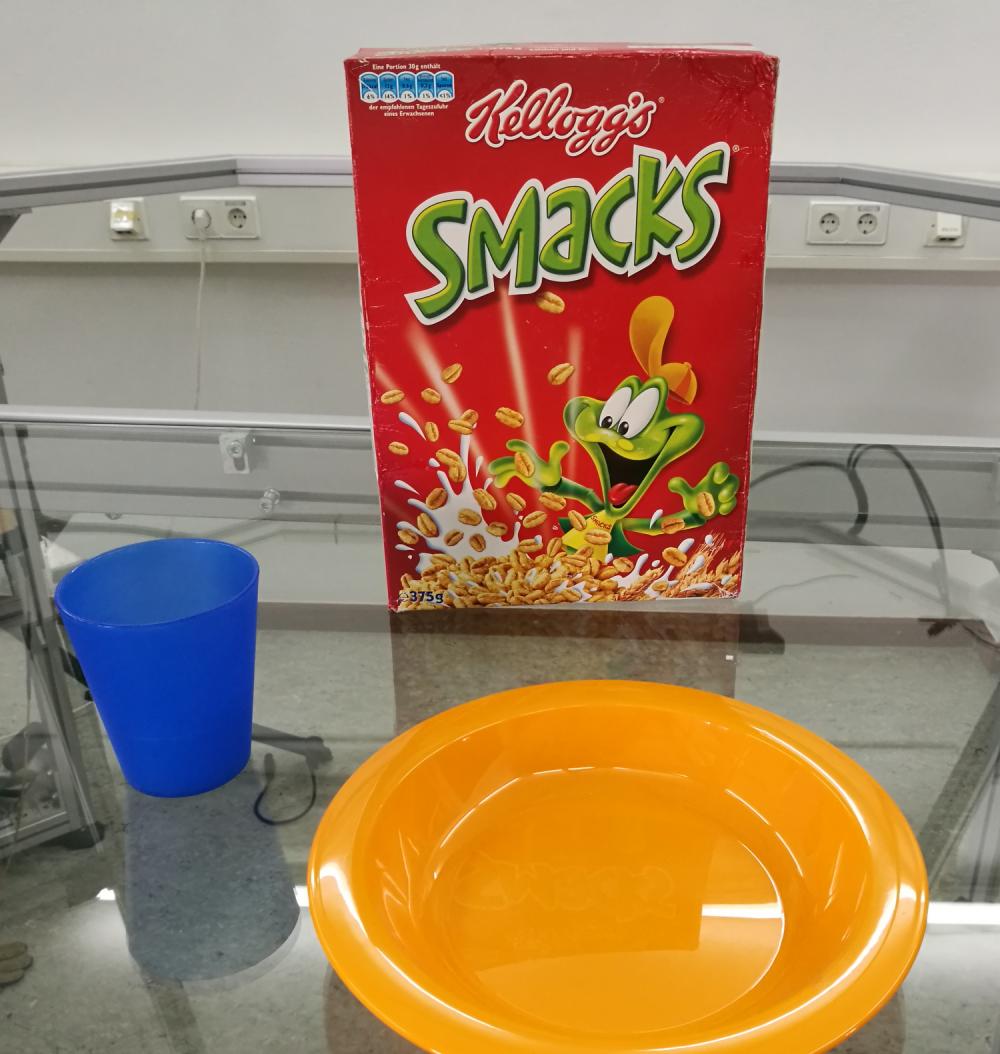 Now it's time to assemble a scene if not already done. In this tutorial we'll use the breakfast scene shown in Picture 4. 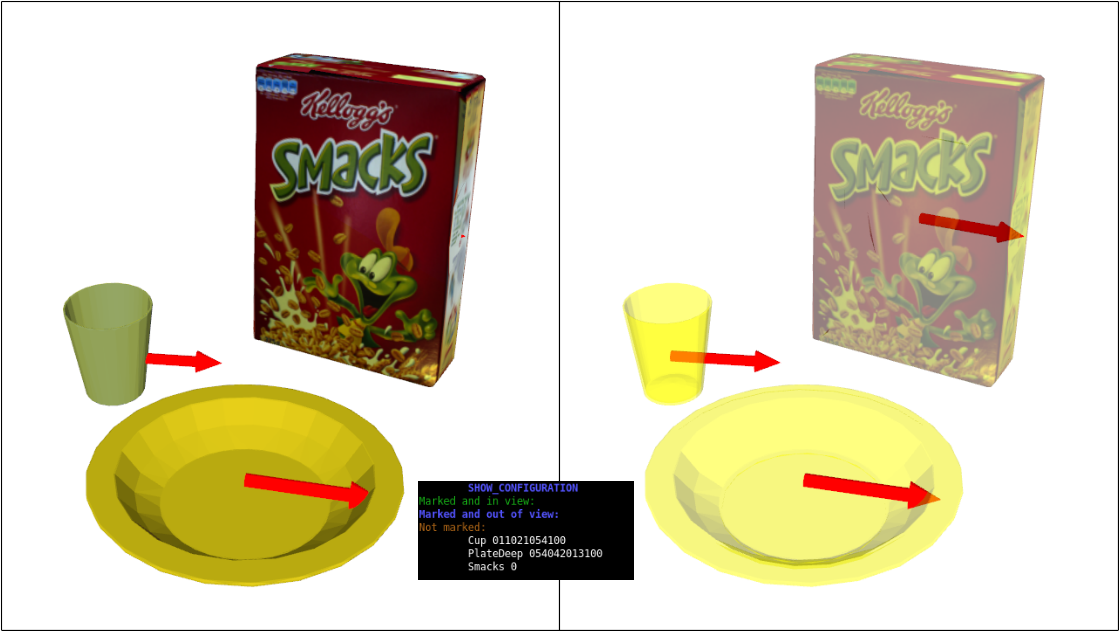 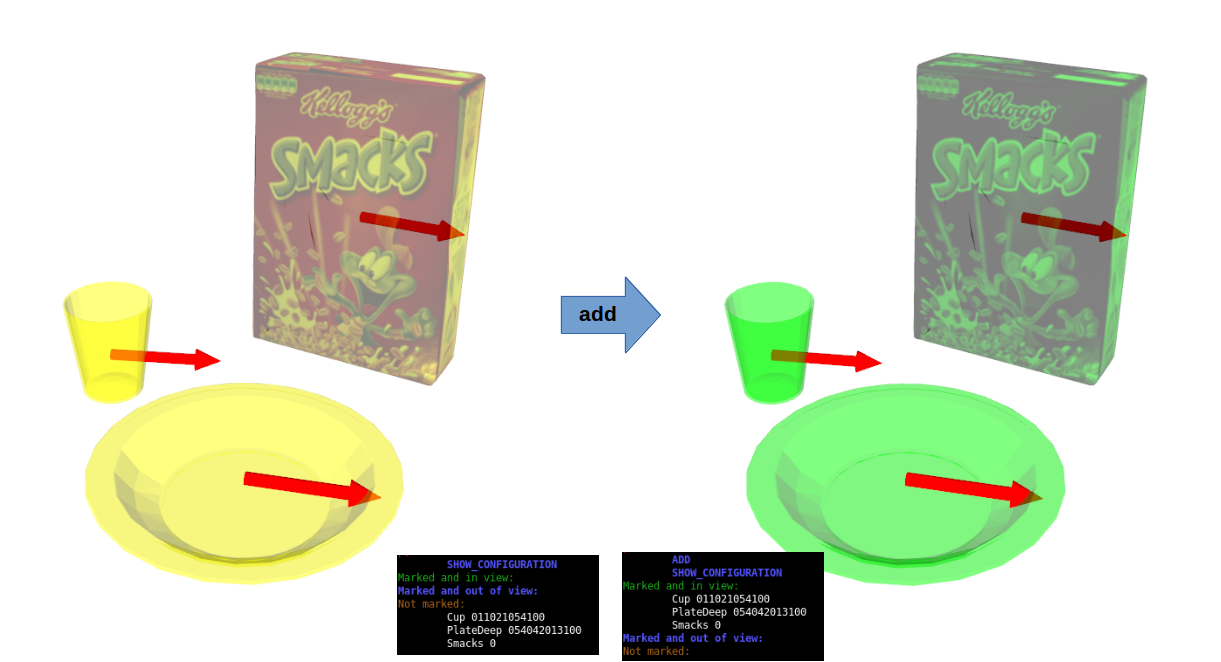 Picture 6: Depicts the result of the [a]-command.

It's best practice to mark objects with the [a]-command (see Picture 6) if these objects should be part of the configuration which we want to process, because if they get occluded while changing the scene or we want to change the view, we still keep the last estimation of these objects and achieve less configurations with unintentional missing objects. 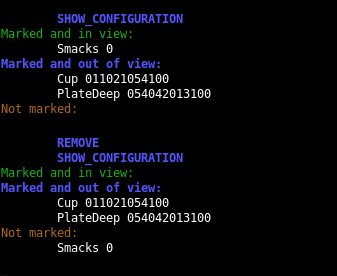 Actually our wanted object configuration is complete and ready to process e.g. by just using the [enter]-command, but let us explore the SceneConfigurator a little further. Lets say we accidentally added the Smacks-box and want to remove it from the marked objects. You can e.g. take the box, hold it into the camera-view and press the [r]-command (see Picture 7). If we place the box back into the camera-view it will just be an unmarked object, but we can still process the object configuration with all three objects like before or we can now also filter unmarked objects by changing the PROCESSING_MODE with the [m]-command (see Picture 8). This leads to more control over the processed object configuration.

Note: If you remove an object physically from the scene or occlude the other objects because you hold an object into the camera like in the above example, then you should press the [u]-command to update the view, because the view only update its content, if the movement of the camera is explicitly registered from the SceneConfigurator over a service call or if the node is set to Auto Processing. 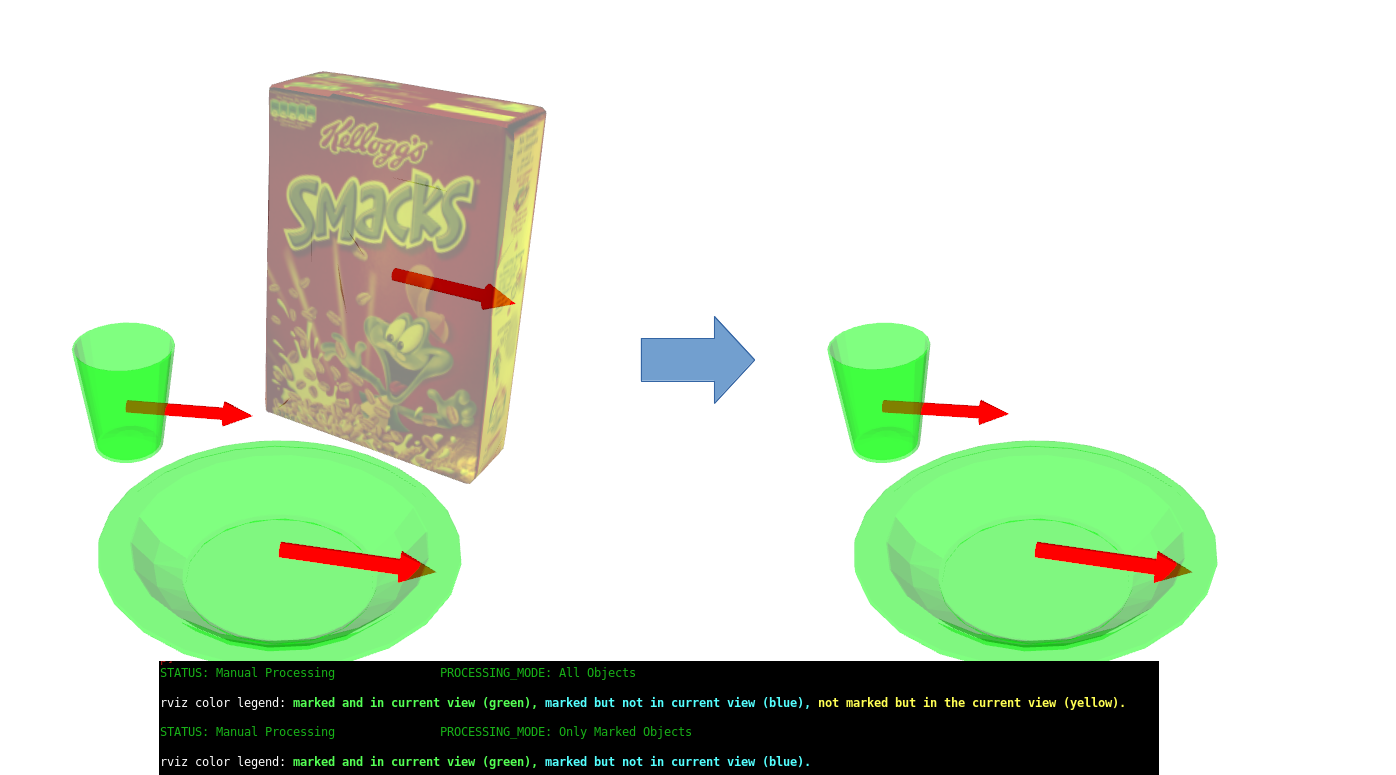 This tutorial should have served as small overview of how to use a SceneConfigurator-Node. For the remaining commands we encourage the user to just try them.

While the above tutorial shows the standard functionality, which can be configured through the listed parameters, this chapter will show the major steps in how to write a SceneConfigurator-Node and expand the functionality.

The SceneConfigurator-Class uses boost::function in the following three types to further customize the behavior.

A boost::function can simply be described as function-wrapper and is easier to use than function-pointers. Your new node has to provide a ProcessConfigurationFunction-function and has to pass it to the SceneConfigurator constructor, while a ProcessKeyboardInputFunction- and a ProcessObjectInputFunction-function is optional. To see how to pass a function it is recommended to use the boost::function documentation or check the recorder- or the recognizer-code.

With the above information you should be able to add the SceneConfigurator functionality to your own nodes.