The continuous operation executive is a smach state machine that starts/stops tasks, and monitors the battery level.

When the battery level drops below 30%, the executive sends a preempt signal to the currently running task. This task gets 5 minutes time to quit and leave the robot in a state where it can navigate. This means that after the task quits, the robot should not be holding anything, not be too close to any obstacle, not be behind a closed door, etc. When a task does not quit within the allocated 5 minutes, it will get killed.

When the robot does not have any scheduled tasks, it will go charge itself once the battery level drops below 70%. 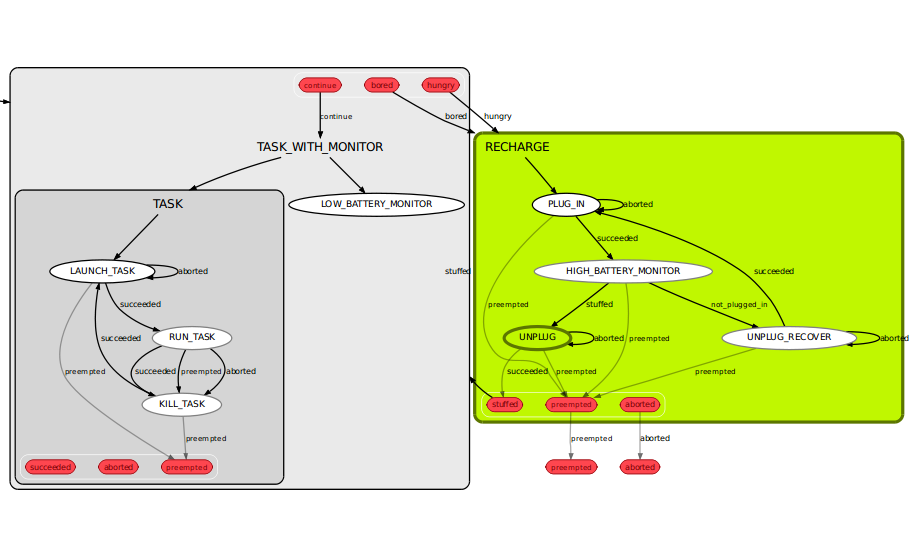 The robot remains plugged in until the battery level reaches 90%. At this time, the robot will unplug itself if there are any scheduled tasks. If any task got interrupted when the robot was low on battery, this task will get started again. So a task will only get removed from the task queue when it is completed.