This entry provides the following open-source contributions to the community, all released under a BSD license:

Description of the entry

Our entry has two aspects:

When observing the same visual scene from two different points of view, it is possible to estimate the displacement between the two points of view. To achieve this, we align both visual scenes using the Iterative Closest Point registration algorithm.

This algorithm is provided by modular_cloud_matcher. It takes two point clouds, matches each point of one cloud to the nearest one in the other cloud, rejects outliers, and then computes the transformation that minimizes the error between the points. These matching, rejection and minimization steps are done several times until the algorithm converges to a local minimum (see figure below) and outputs a transformation from one cloud to the other. 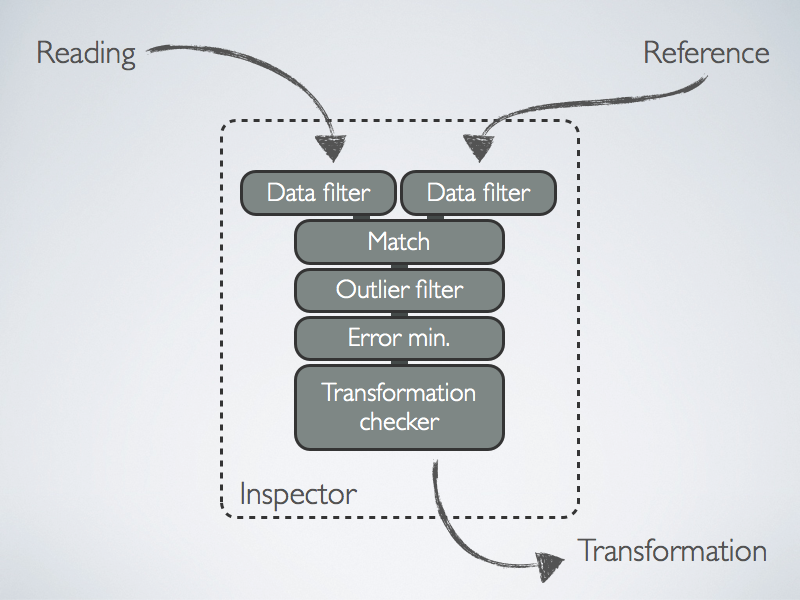 Computing the transformation in this way between each pair of frames allows us to have a kind of visual odometry. However, as for a robot odometry, accumulating a lot of small and slightly noisy displacements creates drift in the position estimation. Therefore, we use keyframes as reference instead of the previous point cloud. We create a new keyframe each time the estimated overlap between the point clouds is too low.

Indeed if the two observations are too different, the ICP algorithm may not converge. Another case of failure can be caused by dynamic objects. This is why we filter some outliers which are points that are too different between the two point clouds. Without this filter, the tracker would try to compensate both for the motion of the kinect and the motion of the dynamic objects.

With this (see figure below), we obtain an estimate of the motion of the Kinect which is fast (10-30 Hz on a laptop), reliable, and with only minimal drift. This motion estimate can afterwards be used for calibration (as demonstrated in this entry), environment reconstruction, or simply to have a cool flashlight effect under rviz. 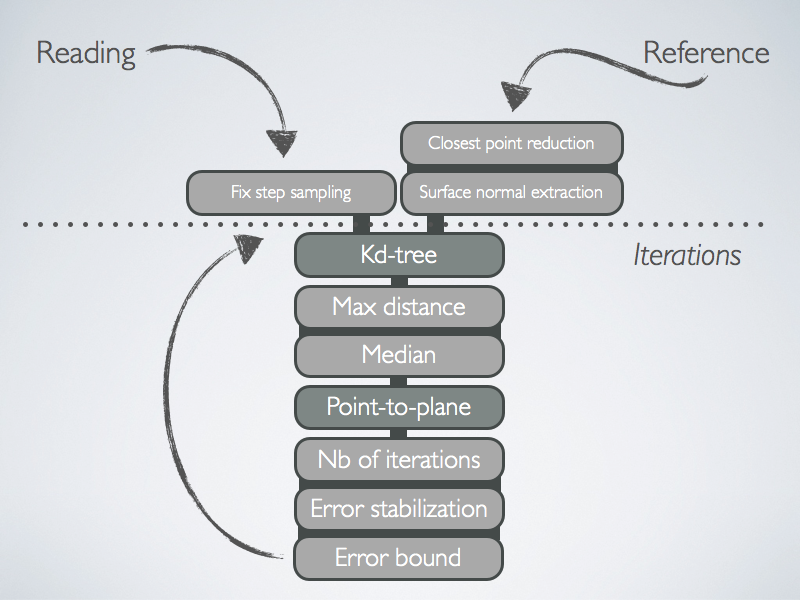 When mounting a sensor on a robot using ROS, an important problem is to define its position and orientation with respect to the robot. The accuracy is important as all the readings of this sensor are affected by this transformation. Unfortunately, this requires, in practice, to measure inconvenient distances and angles. We propose a calibration procedure, implemented in extrinsic_calibration, that allows to automatically find the transformation without any manual measurement.

In this entry, we take the example of the kinect mounted on a ground robot but the module is generic and can work with a different robot as far as some kind of odometry is available, and with a different sensor, as far as its pose is tracked and published in tf. 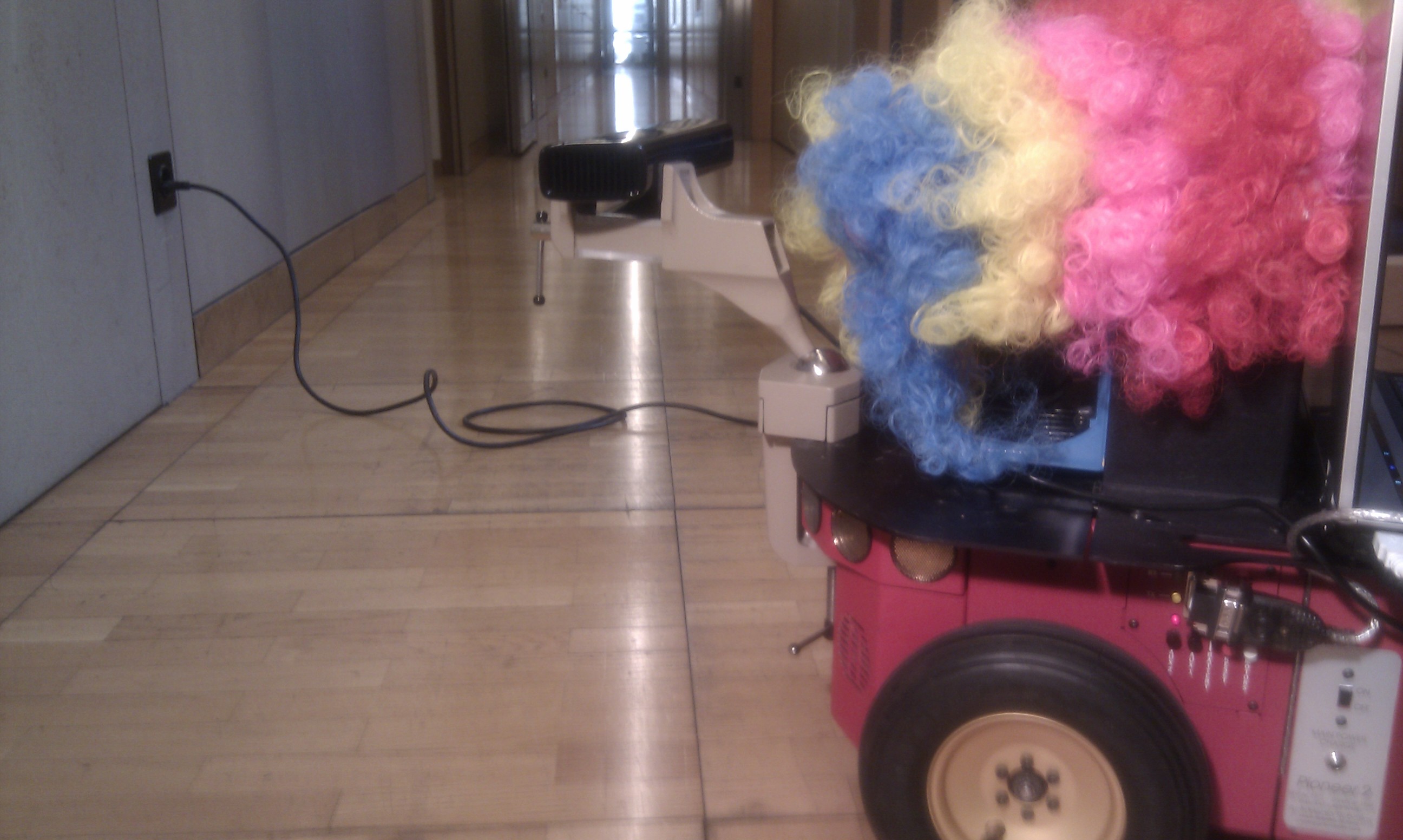 You can see in the picture above that precise measurement of the position and orientation of the center of the kinect with respect to the middle between the wheels can be difficult and uncertain.

The calibration requires first to log the motion made by each reference frame while the robot is moving using tf_logger. Then optimizer can be run to get the parameters. It outputs the command line to run a static_transform_publisher and an equivalent entry that you can directly cut and paste into a launch file.

This entry depends on the modular_cloud_matcher and on the ni driver. To test the extrinsic_calibration a robot with odometry published in tf is also needed.

The following step-by-step procedure will install the proper setup to test this entry on cturtle:

If you do not own a Kinect

Without adding extra processing, such as ground extraction, it is not possible to retrieve the height of the Kinect solely using the difference in transforms with the robot only moving on the ground plane.

This is a limitation in the dataset as the optimizer computes the full transformation but the z component of the translation is given as 0 in the output.