This tutorial assumes you are already familiar with starting and stopping the simulation and interface, as well as the troubleshooting tips discussed there.

To move the virtual camera, RViz must be in either the Move Camera or the Interact mode:

All camera movements are relative to a focal point which is shown as a yellow dot while the camera is being moved: 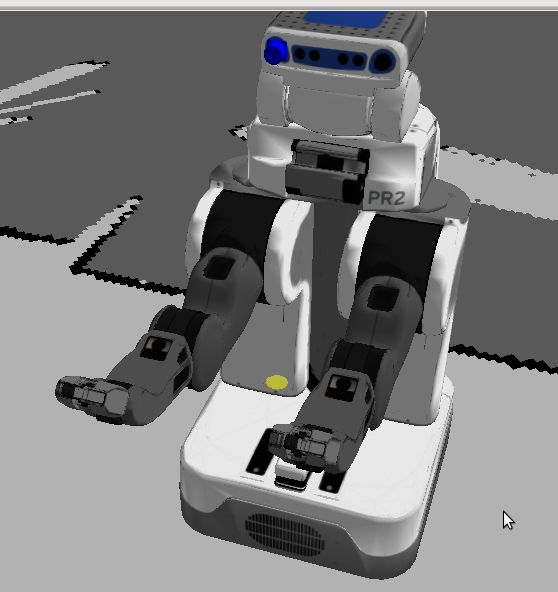 Rotating and zooming do not change the focal point. However, panning does. Since panning can be somewhat difficult, we generally try to start the simulation with the focal point in a good location (e.g. between the robot's arms) so that no panning will be necessary.

Also note that the camera focal point is relative to the base of the robot, so as the robot drives around, the focal point should move with it.

If right-clicks or middle-clicks are difficult, the on-screen keyboard can be used to turn left-clicks into either of those: 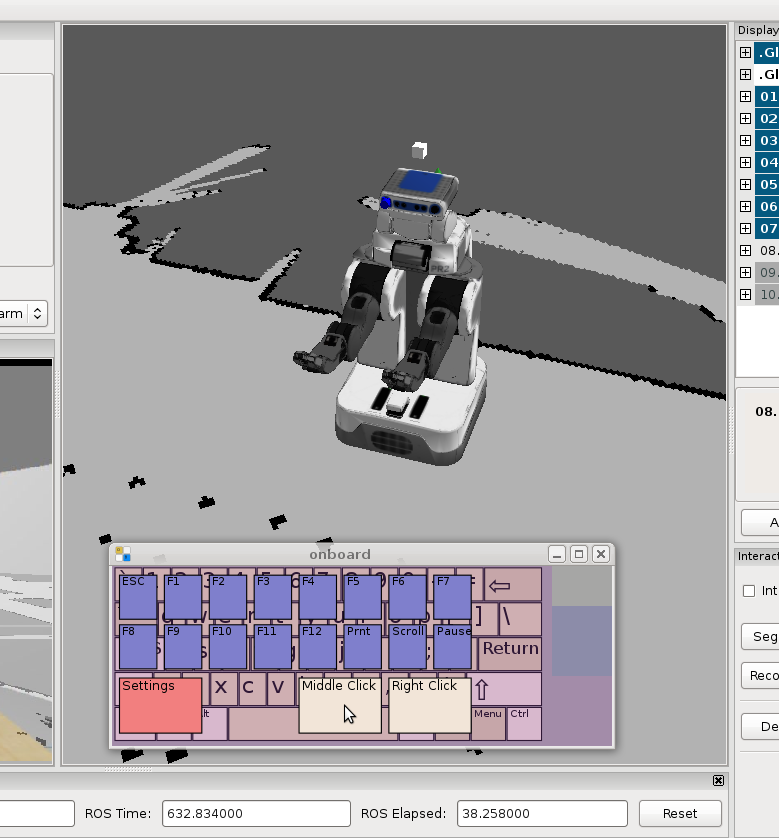 In general, when in Interact mode, in order to move the camera, you must click on an empty region of space.

This click will not result in camera movement, as it was done on the arm of the robot: 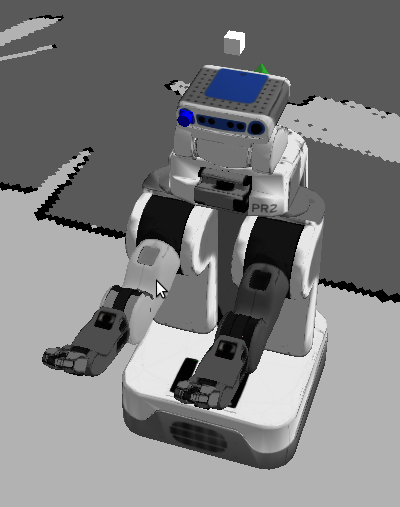 This click will result in camera movement, as it was done in empty space (note that the "map" or "floor blueprint" count as empty for camera movement purposes): 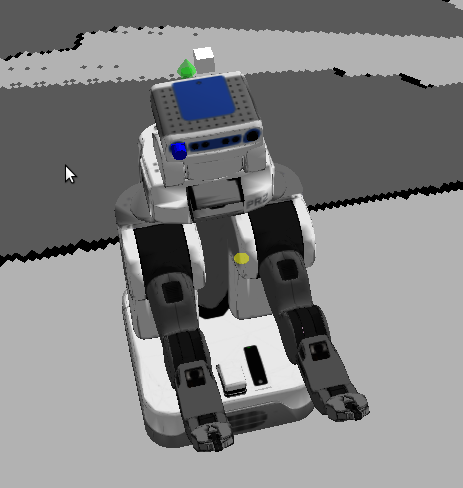