Description: This tutorial shows how to detect fiducial markers using the ArUco library and to get its 3D pose. 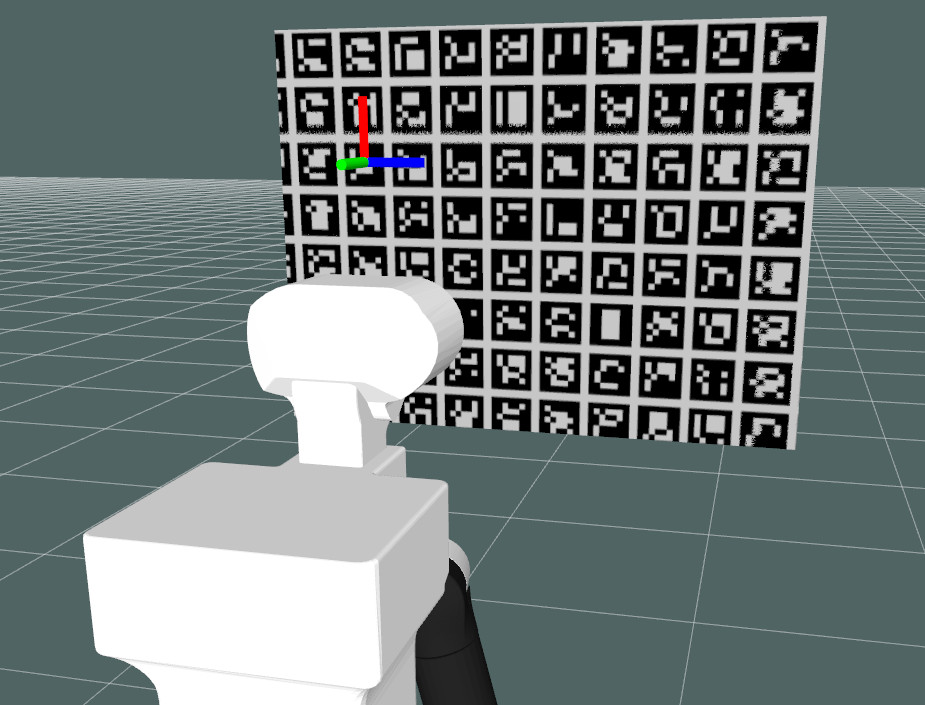 This tutorial shows how to run fiducial marker detection with TIAGo using the OpenCV-based library ArUco. Fiducial markers is an example of robust model-based object detection. The ArUco markers are planar square binary markers that, provided the length of its square side, its 6 DoF pose can be estimated precisely from monocular vision.

Open two consoles and source the catkin workspace as follows in each one: 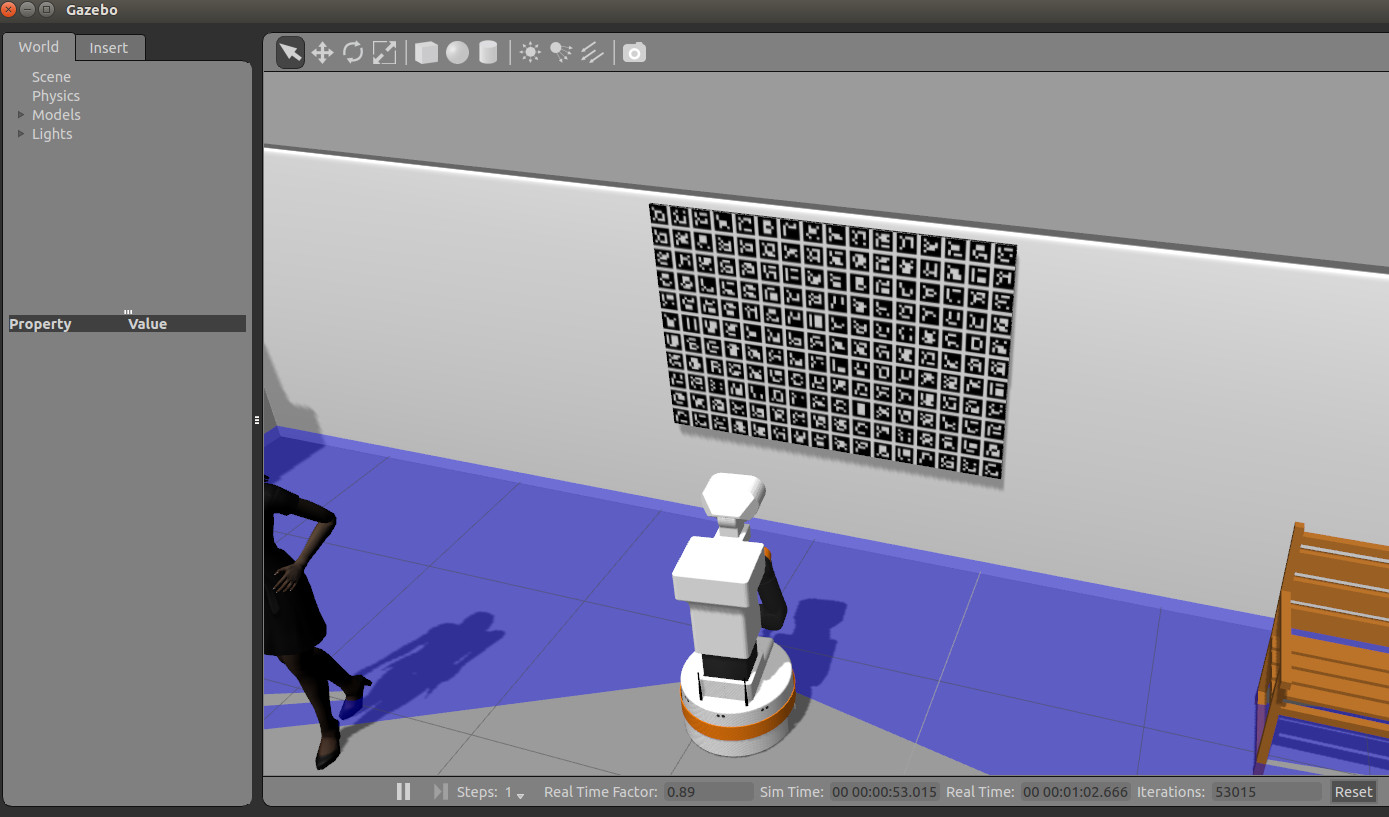 In the second console launch the aruco detector:

In the launchfile above we are telling the node to identify the marker with ID 584 (default) and that the length of the square side is 10 cm (default).

It is possible to choose the aruco tag detected by replacing <marker_ID> with wanted ID tag:

An rviz window will appear with the position of the marker 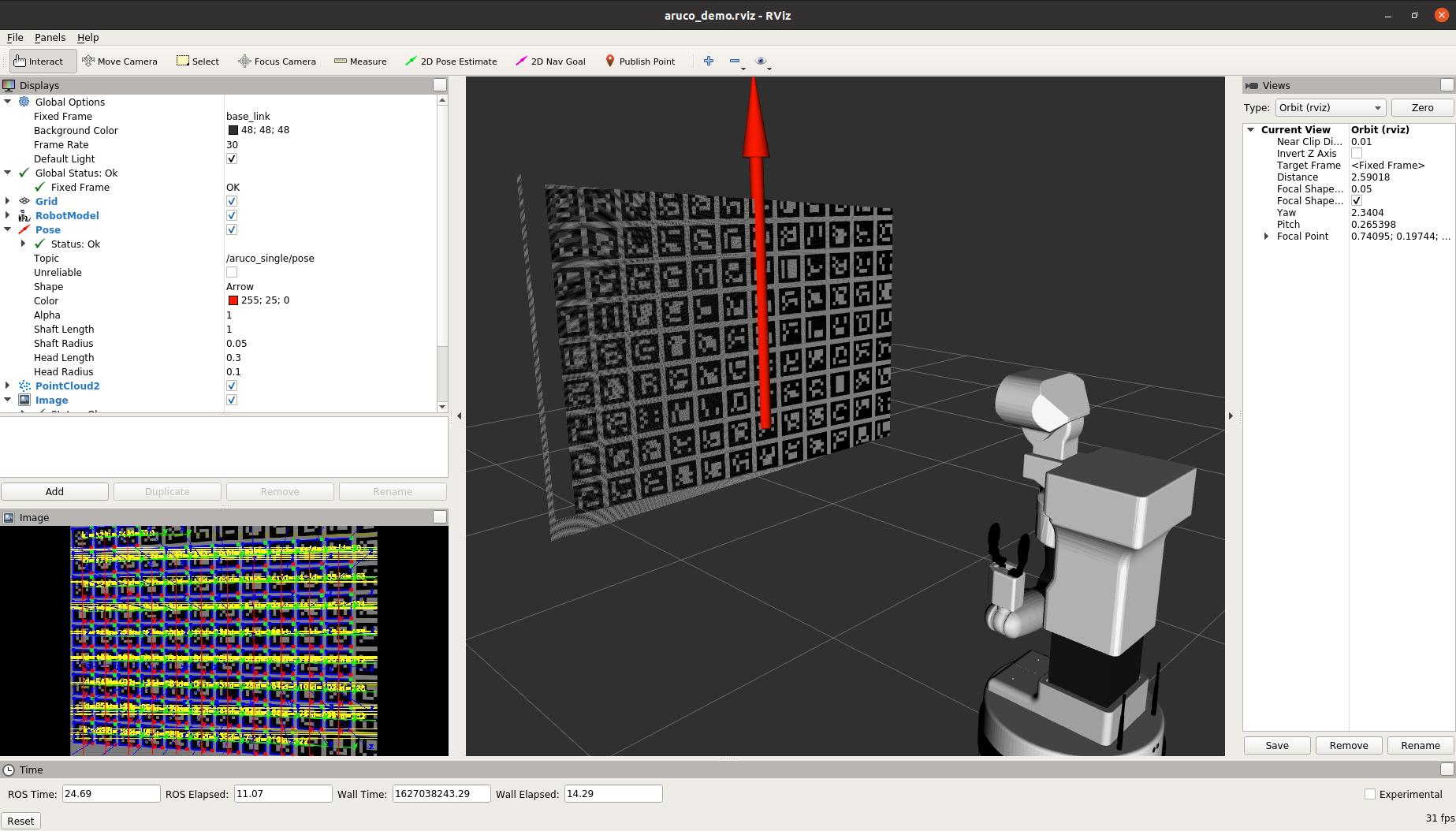 If the marker is not detected, the look_to_point demo is also launched and permit to move the head around (For more information, see :http://wiki.ros.org/Robots/TIAGo/Tutorials/motions/head_action)