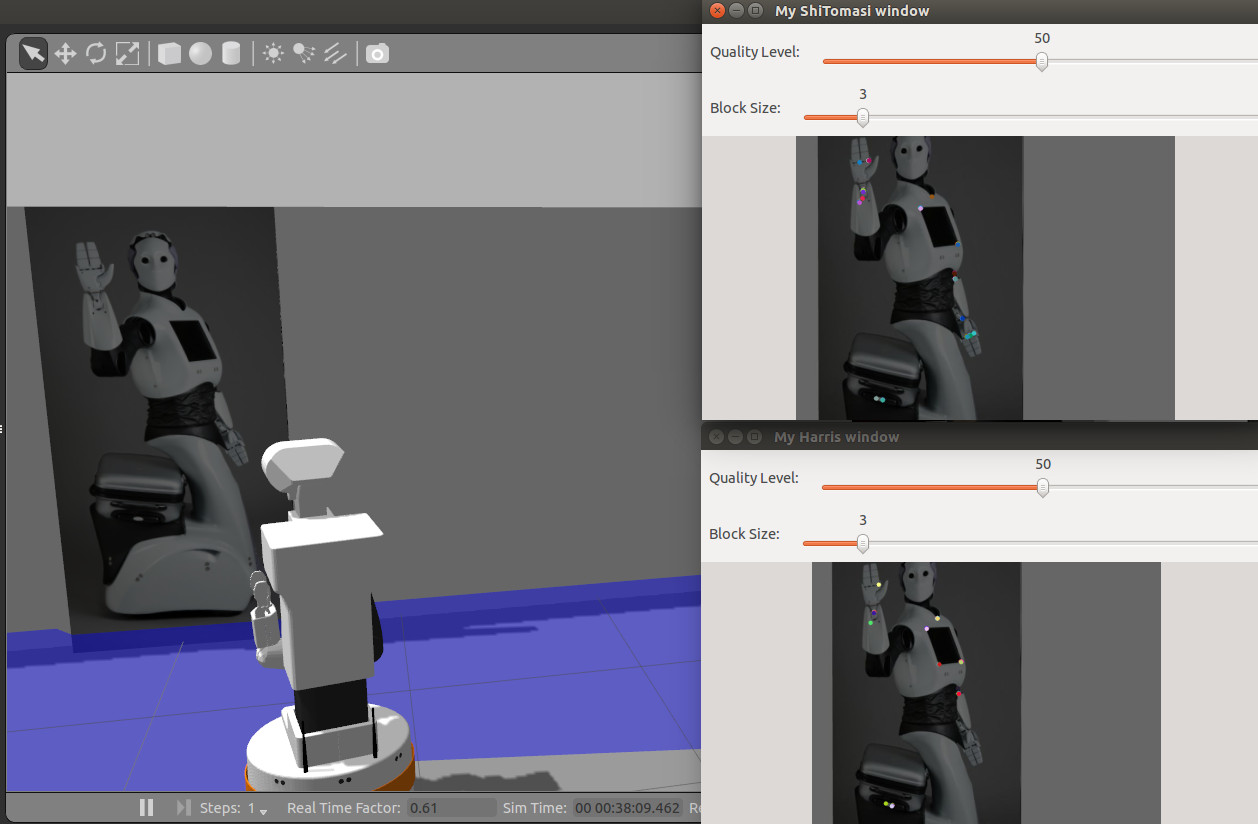 In the first console run the following simulation of TIAGo 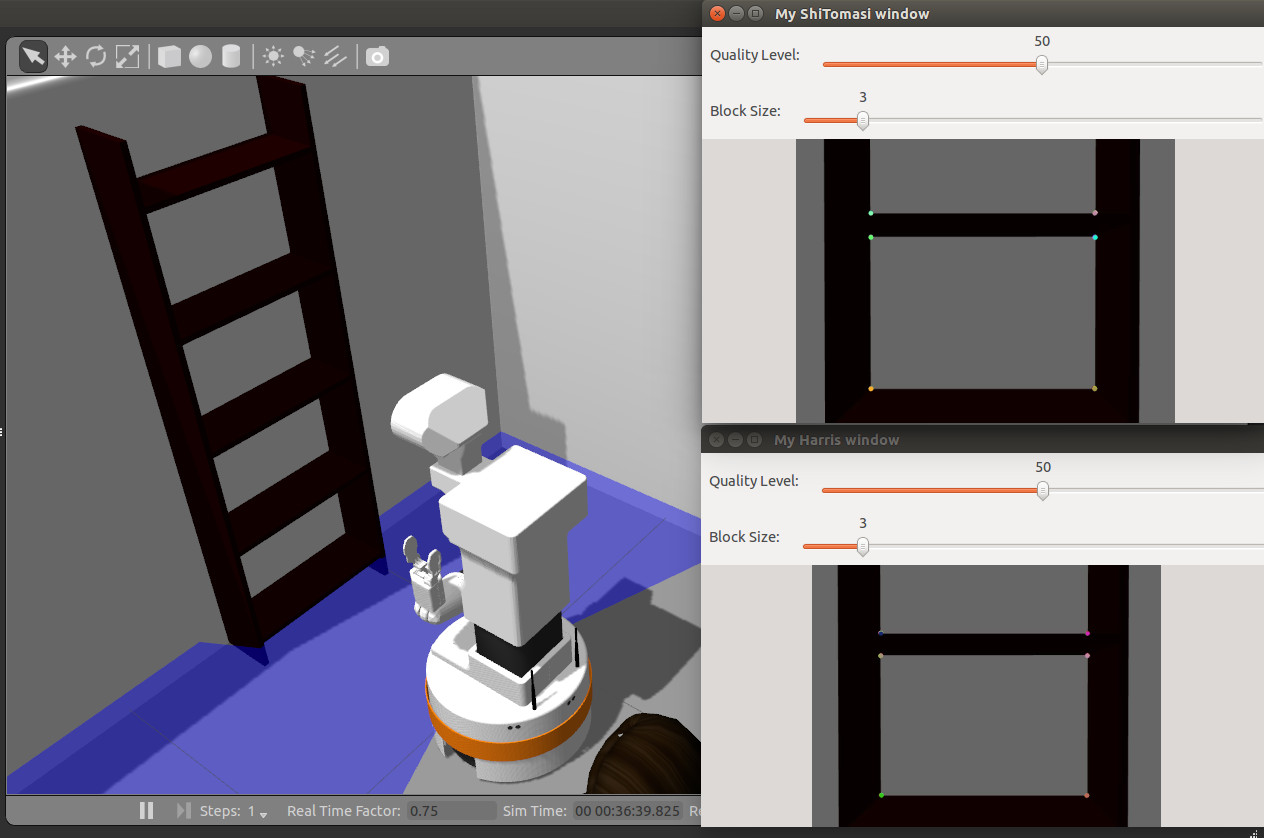 Sliders are provided in order to tune the paramteres of each corner detector.